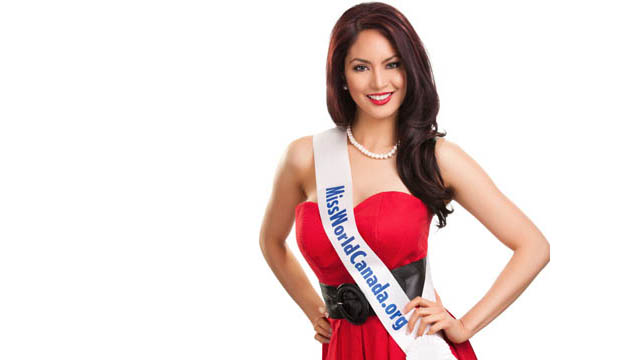 It takes a lot more than good bone structure to make a beauty queen.

Riza Santos proved herself as a talented singer and a stunningly beautiful contestant by winning the titles of Miss Earth Canada in 2006 and Miss World Canada in 2011. 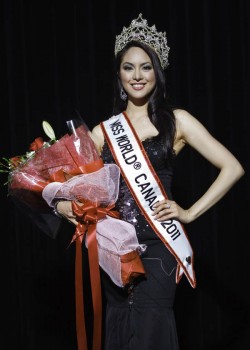 Riza Santos, Miss World Canada 2011, is an avid user of USANA products — and she has been since she was 9 years old.

She demonstrated her winning personality and charm as a television personality when she came in second place in Pinoy Big Brother: Celebrity Edition 2 and when she hosted the Asian Poker Tour in 2008 and 2009.

Now, Riza reveals that throughout it all — in fact, since she was only 9 years old — she has relied on USANA for optimal nutrition.

Though her parents are from the Philippines, Riza was born and raised in Canada. By the time Riza was 9 years old, her mother, Isabelita Santos, was going through a rough time. She had just lost her own mother to a massive stroke, and was deeply depressed, so she wasn’t feeling very open minded when her husband started talking about starting a direct-selling business focused on nutritional supplements. She was skeptical, especially since she already had a successful career as a chemical engineer, and told her husband there were enough vitamins on the market.

Soon after, her hairdresser began telling her about a health sciences company with some great opportunities to offer. To be polite, Isabelita took a brochure home from the hair salon, thinking she would never have a reason to start her own business.

When she looked into USANA, she discovered that the products were developed based on the real needs of human cells. She started taking the products, and she noticed a change after only a week.

“I just felt better,” she says.

When she enthusiastically told her husband about her new discovery, she was shocked to find that USANA was the very same company he had tried to introduce to her months before!

Once she and her husband were on the same page and embraced the business side of USANA, Isabelita started giving Usanimals™ to her three children — including future Miss World Canada, Riza Santos. The entire family loved the products, and Isabelita felt confident that USANA was the perfect way to help her children maintain their health.

“These are more than just vitamins,” Isabelita emphasizes.

To her, they are a way to support her health while finding financial freedom. “It’s the best business in the world,” she says. “Where else will you find a business that supports your health?”

A Product of the Products

Riza grew up to become a lovely and talented young woman — and she continues to take USANA diligently. Naturally, after she moved on from Usanimals™, she started taking Body Rox™. Now, she’s a big fan of the USANA® Essentials™, Proflavanol® C100, BiOmega™, and Active Calcium™. And even though she is naturally slim, she recently completed the 5-Day RESET™ Kit just to eat especially healthy for a few days.

For skin care, Riza turns to USANA’s Sensé™ line, which she has been using ever since it was created. As her mother describes, “That’s why she has such smooth skin — she uses the entire line!”

Riza loves the business side of USANA as much as the products, but for now she can’t pursue a business because continuing her education is one of her top priorities. She studied mechanical engineering at the University of Calgary, and is currently completing her bachelor of commerce in finance. With all this on her plate, she still manages to find time to model and sing all across Canada.

Though Riza is passionate about learning, singing, modeling, and optimal nutrition, helping those in need is even closer to her heart. This is why she is a celebrity spokesperson for Variety Children’s Charity, an organization that helps children with special needs.

Riza has been volunteering in her community since she was 11 years old, when she began singing to raise money for various causes. She has also volunteered overseas with the Canadian International Development Agency.

She is grateful that public speaking, modeling in charity fashion shows, and performing give her opportunities to raise awareness and funds for worthy causes.