The Genius of Strong Women

Women have been bravely bashing stereotypes in fields largely dominated by men for centuries. They were often barred from pursuing talents in athleticism, leadership, and other intellectually driven careers—derailed by culture—denied the opportunity to reach their potential and be recognized for their talents. A new era of women stands as professional pioneers.

International Women’s Day celebrates the remarkable accomplishments of women all over the world. Today, maybe more than any other time, women feel empowered to follow their true callings, to expose what gives them an edge in their lives and careers—the femininity and strength every woman embodies.

At USANA, we’re lucky to have leaders who exemplify #USANAstrong and the new modern woman. Each featured woman has identified her personal genius for career growth, forging a broader path for other women to realize they are unique, capable, and that femininity is a super power. We’ve highlighted these women in action in the USANA International Women’s Day video below:

Amplifying the Voices of USANA Women 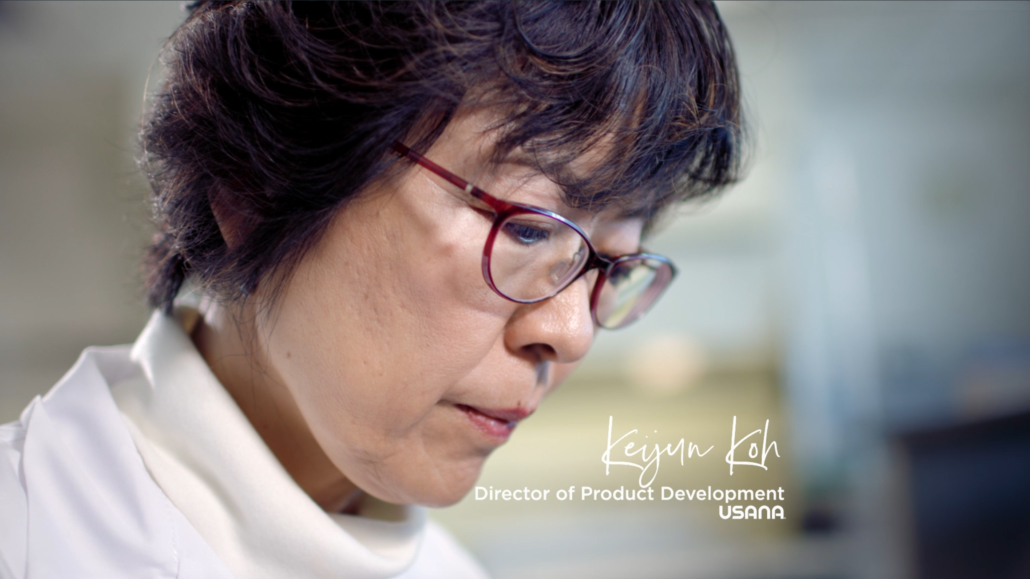 Keijun Koh is the director of product development at USANA and a licensed pharmacist in Japan. Before joining USANA, she researched new antibiotics at a biochemistry laboratory and formulated supplements, personal care products, and quasi-drugs at the Fine Chemical Division, a leading trading company in Japan. Keijun joined USANA Japan in 2003 and now oversees the R&D product systems department at the Home Office in Salt Lake City. Her most recent accomplishment has been the product development for the Celavive® line that launched in 2018. Her current focus is on the Celavive extensions as well as women’s health nutritionals.

“International Women’s Day brings a great opportunity to be reminded of women learning a variety of activities in many different fields in the world, especially in developing countries.”

And for the up-and-coming women of USANA, she believes “we can support those who strive to succeed by forming a strong network to learn a global perspective.” To be a successful leader and an inspiring woman in leadership, it takes “dedication and persistence.”

Brilliant women have had success in the sciences for centuries with breakthrough discoveries, contributions, and passionate hours dedicated. According to Keijun, it’s vital for the upcoming generation of talented women in science “to know what they really want to do” to make a larger impact in this progressive and competitive field. We are fortunate to have one of the best behind the development of our USANA products. 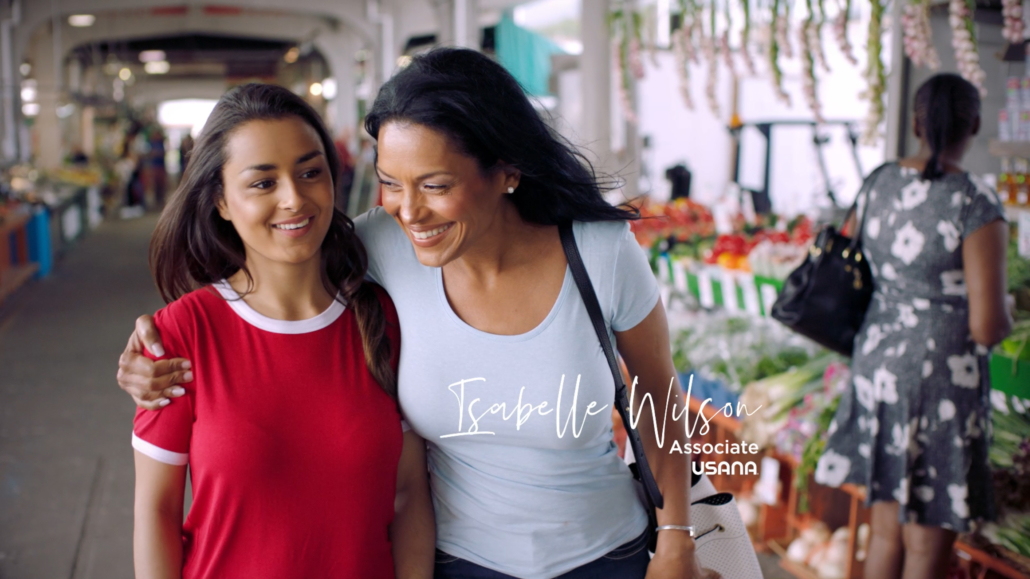 Isabelle Wilson is a biologist and certified naturopath, an expert in natural therapies, a former cancer information specialist, and an Emerald Director with USANA. She has survived cancer and battled fibromyalgia. This sparked a deep passion to learn all she could about caring for the body to find the best solutions for full-body health.

As a stand-out USANA Associate, Isabelle pursues her healthy mission by helping others to understand the science behind nutrition and the supplements we create. She believes in the power of food to provide an optimal environment for the body to thrive. Isabelle hosts a website to actively engage with a community that seeks to improve its well-being. She often speaks at events to share her knowledge and help others succeed with USANA.

By embracing both her talent and femininity, Isabelle contributes to her success and ability to empower the community of women around her. She sees women in leadership positions find a unique “balance between mothering and empowering. A capacity to expose our own vulnerability.” It’s a well-worn assumption that “success is achieved by embodying masculine skills. This outdated belief is out of alignment. We were created the way we were for a purpose. Success comes when you are able to just be you. People are craving authentic leaders!” Isabelle’s own individuality and ability to connect her passions to realize success inspires women looking to succeed in life and business. 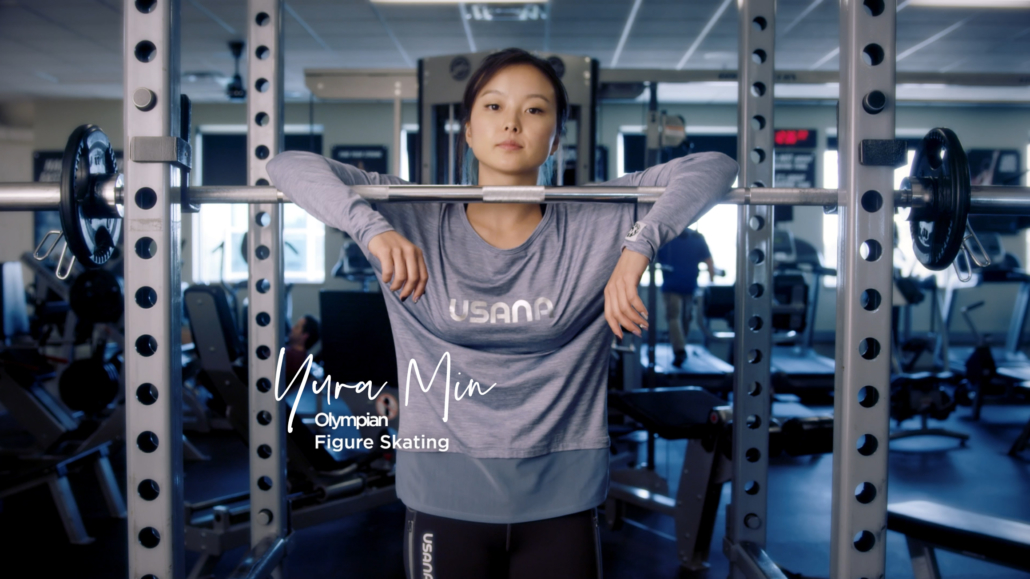 Yura Min represents women in a sport that requires intense dedication to hone technical skills at an elite level. Yura competed in South Korea during the 2018 Winter Games. A figure skater since she was young, Yura transitioned to ice dancing at age 13, a sport that often produces more women than men. She felt a strong attraction to the artistic elements of dance and storytelling. Her seamless grace nearly masks her #USANAstrong force as she effortlessly skates the rink, caught up in the dance.

One of the best in the world, Yura values the unique aspect women bring to ice dancing. While many audiences flock to the ice to see male skaters launch quads high into the air, she recognizes the artistry women bring may be underappreciated. Ice dancing is about storytelling, not solely the execution of technical skills. It’s when you combine the two you reach the professional heights Yura has achieved in her career. Not only is she strong, elegant, and extremely hardworking, she’s a true performer. “I love putting on a show for people—it’s entertainment. I want to show the audience what I’ve been working on. It’s how two partners come together—you’re here with a partner and it’s both of your jobs to put on the show. It’s a team sport. Men and women are equal.”

“International Women’s Day is about celebrating all of the women who surround me every day. I like to post on social media about my sister, my mom, everyday people who influence me. It’s no longer only for women in powerful positions, it’s about the women around you and how they change your life.” 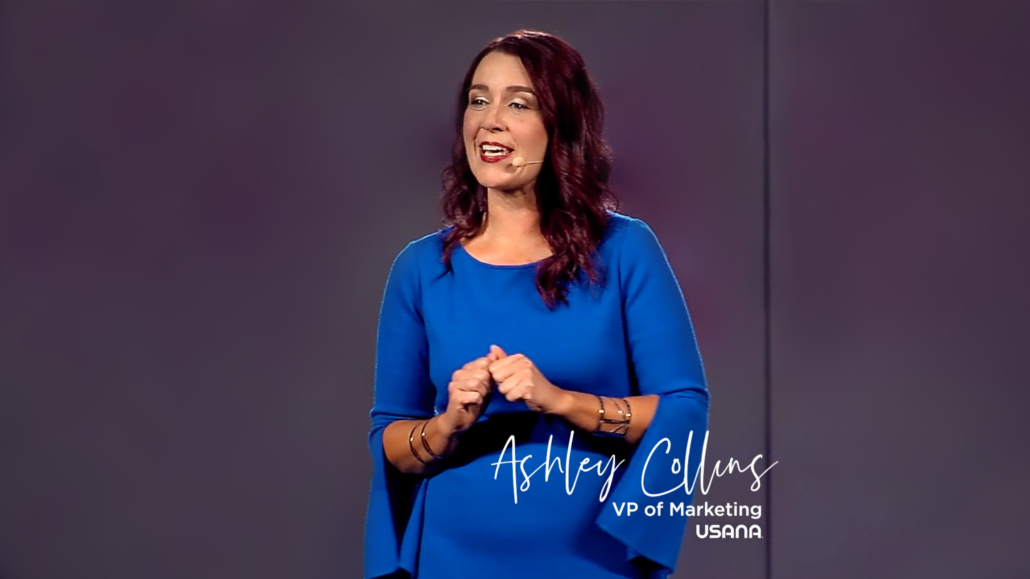 For the past 18 years, Ashley Collins has greatly impacted USANA through her work in PR, marketing, communications, and advertising. Her proven devotion to excellence and influence as a leader led her to be named one of Utah Business Magazine’s 30 Women to Watch in 2017.  Her drive for leadership extends beyond her profession. She is on the leadership council for Utah Royals FC, Utah’s first National Women’s Soccer League team. Ashley is also a member of the board of the Legal Aid Society—a nonprofit that promotes safety, stability, and self-sufficiency for low-income families, individuals, and victims of domestic violence through effective, efficient legal advocacy and assistance.

In 2016, after 15 years leading the PR and social media departments to increase corporate visibility and create online connections with independent Associates, employees, and the public, Ashley was promoted to the position of vice president. In this role, she oversees the marketing department, PR, and social media teams, leading efforts to develop new products and influence sales growth for existing products.

Ashley’s unique ability to move people to act is a primary force for her career growth and is central to her leadership. She has an open-door style and creates an environment where her teams are encouraged to be creative and accountable for their work. This approach has contributed to both the success of her departments and the record sales of the company as a whole.

USANA thrives in a female-driven industry with 75 percent of its distributorship being women. Ashley recognizes the responsibility to encourage and represent women in the direct sales industry. “The liability comes from the simple fact that we still live in a male-dominated society. There has been so much great progress over the years, but men are still looked at as the business leaders and heads of the household.” Her advice to combat the existing stigmas around gender inequality is to

“always be yourself and be confident. Having that confidence is key, and it will demand respect from those around you.”

Her true passion for offering guidance to professional women is clear, “I am also trying to help foster a new generation of women leaders, which creates competition, and forces companies to take a look at promoting and hiring women to high leadership positions.” Her advice for young women entering the workforce? “Never lose sight of who you are. You don’t have to change for anyone, and you can be yourself without having to overcompensate for your gender. You can still be feminine and kind while being a strong leader at the same time. If you have to compromise who you are to get ahead in your job, you’re in the wrong business.”

Celebrate the Women Who Inspire You Today

These pioneering professionals enter the modern arena and perform competitively, with poise and compassion. They are superior examples of #USANAstrong. Reminders that femininity means shining your own unique light on the path for those who follow.

Take time to celebrate the women in your life today! We’ve given you stellar examples of the women who inspire us, those who are trailblazing a path of strength, equity, vision, and opportunity for women to follow. Who inspires you? Pay tribute to an exemplary woman in your life in the comment section below. 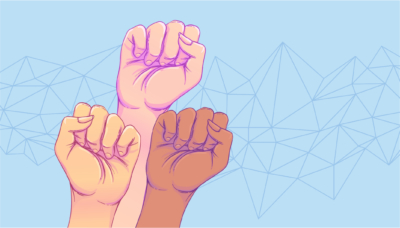 This post is also available in: Spanish French Chinese (Traditional)