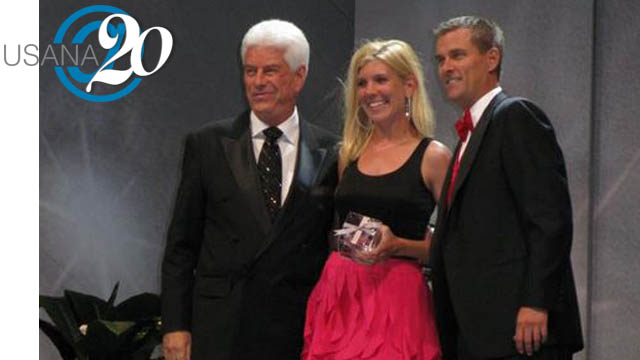 Leanne was introduced to USANA while was just finishing her MBA and working as a sales manager for a large cosmetics company. 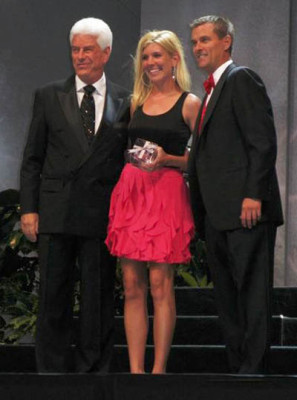 The company has definitely changed her life. In a few short years, she’s become a force up north, building a strong team that includes plenty of Associates in Ontario, Canada and beyond — and they’re all committed to being game changers in the lives of those who need it most.

Leanne’s success in such a short time — including appearances on the Growth 25 — isn’t the only thing that has her primed to be a significant part of making USANA’s next two decades even better than the first two. Mostly it’s her drive to improve, and her motivation to move forward. She says she’s creating her own freedom and inspiring others “to bring health, joy, peace, and freedom into their lives.”

Like all good leaders, it’s not all about Leanne. She has a tight-knit team, and Leanne says their success brings her a great deal of satisfaction. USANA is all about building businesses together to make better futures for everyone. It’s all about teamwork. So consider what Game Changers International did during Leanne’s 2011 Diamond run. About 100 members of her team rank advanced, as well.

“I love watching others create success for themselves,” Leanne says. “There is nothing better than watching your partners shine.”

A rising tide lifts all boats. At least that’s what they say. With Game Changers International, and Leanne, it doesn’t look like the tide is going to be receding any time soon.

“Leanne is the most dynamic leader who has inspired many to improve their health and wealth with the USANA business model. Over the three-and-a-half years I have had the pleasure of working with her, she has mentored and guided me to improve my life on so many levels. Her passion, determination, work ethic, and genuineness has built a foundation for our team, Game Changers International, that will allow so many to grow their business to her level and experience the amazing gift that USANA has to offer, true health and true wealth. She is one of a kind and we are so lucky to have her leadership and energy to learn from.

We went to Shelly to get some dirt on Leanne, too. Apparently, the Diamond Director lived off of eating candy while pursuing higher education. Shelly says Leanne is the cutest pregnant person ever, but isn’t the only Leanne Grechulk in her family — she has a sister in law that shares her name. Most importantly, Shelly says Leanne is the most humble person alive, and a leader-developing machine.

For USANA, 2008 was all about energy. At that year’s International Convention, a little beverage was introduced to provide you with the cleaner, smarter, stronger energy you need. Rev3 Energy® took Convention by storm, and has been solving USANA’s energy crisis ever since.