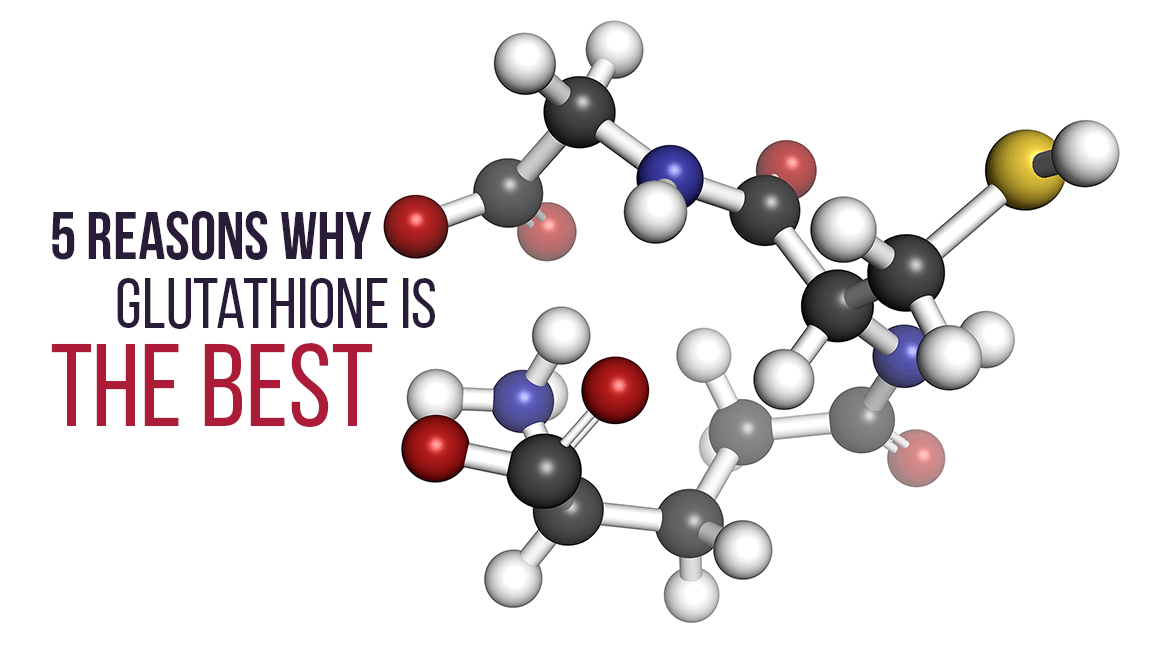 I’m getting a glutathione tattoo.

My research made it clear. I need this amazing molecule inked on my upper right abdomen. And the placement isn’t purely aesthetic. The tattoo will look incredible on the beach no matter what, but it has to be over my liver.

That’s because glutathione (pronounced gloot-a-thigh-own) is an amazing homemade antioxidant—your body cooks it up. But it’s also an important detoxifier.

As a person who likes some recreational toxification, I fell hard for glutathione. And even if you don’t enjoy the occasional burrito and beer, you will probably fall for it, too.

Here are five facts about your body’s most underrated tripeptide (a fancy word for a small protein made with three amino acids). Because to know glutathione is to love glutathione.

You Contain a Whole Lot of Glutathione

You’re mostly H2O. With the average human body clocking in around 60 percent water. But glutathione is the second most plentiful molecule in your body. And it’s the most prevalent water-soluble antioxidant around.

Glutathione is in all of your cells. But it’s most concentrated in your liver—seven to 10 times more than anywhere else. Which makes sense. Your liver is all about detox, and glutathione is essential for those natural processes.

That’s why the liver is the best place for your glutathione tattoo.

You Are a Glutathione Factory—And You Have to Be

One does not simply acquire glutathione. Your body has to make this important endogenous (homemade) antioxidant. And a lot of it.

You can’t get glutathione molecules from your diet. That’s because glutathione is a protein. So our bodies treat it that way, breaking it down into its most basic building blocks—amino acids.

So glutathione production is stimulated by turning on the genes of the two enzymes responsible for making it. And levels are controlled by the amount of the amino acid cysteine.

Your body makes glutathione by adding two more amino acids—glutamate and glycine—to cysteine. Then, boom! You have an awesome tripeptide that neutralizes free radicals and participates in detoxification.

Glutathione is a great antioxidant and detoxifier because it’s always giving away electrons. This electron transfer allows glutathione—and other antioxidants, for that matter—to neutralize oxidative material.

That generosity helps protect your cells from free radicals. It also makes glutathione essential to your liver’s detoxification processes. Glutathione tags toxins for removal and helps make them water soluble. That way you can flush out the bad stuff.

When most people say “glutathione,” they’re really talking about GSH. That’s the official name for reduced glutathione—the working form of the molecule. GSH is all business. I remember it like this: reduced glutathione (GSH) goes to work reducing the danger of free radicals.

But what happens when the job is done? Does glutathione kick off its extra electrons and chill?

Kind of. It joins up with another off-the-clock glutathione molecule to create GSSG—also called oxidized glutathione. Or you can call it what I do, off-duty glutathione.

The hangout session is short, though. An enzyme called glutathione reductase busts up the party. This enzyme hands over a few electrons and splits the pair up. This sends two regenerated GSH molecules back to work.

A third form of glutathione has the best name of all—GS-X. But it’s not quite as exciting or mysterious as the X suggests. GS-X is just a glutathione that ends up stuck to a protein or toxin.

Glutathione Isn’t Full of Itself

You can’t get too much glutathione. Mostly because glutathione won’t let it happen. Even though it’s clearly the best, this humble molecule helps slow the production of more GSH when its own levels reach maximum capacity.

This common biological principal is called feedback inhibition. Simply put, that’s when what’s being made by our bodies is the same thing turns the process off when concentrations get high enough. That way our bodies ensure we don’t get too much of a good thing, including GSH.

I know. I know. This is the opposite of detoxification. But I think it speaks to how great glutathione is that it aids in winemaking and detox. 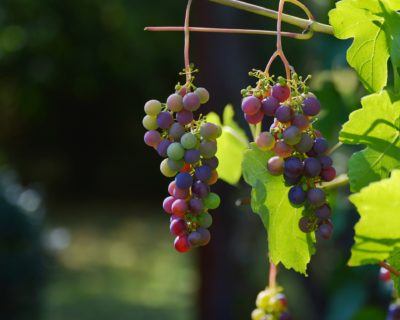 Glutathione helps preserve a wine’s fruity aroma and staves off discoloration. Grapes naturally contain the protein. And during the fruit’s fermentation journey to wine, that glutathione battles oxidation. Much like it does in the body, GSH binds to, and neutralizes a variety of unwanted compounds made during fermentation.

If you think about it, that’s kind of the same thing happening in us. That’s the kind of molecular versatility that warrants making my upper stomach a permanent monument to the most underrated molecule ever—glutathione.

If you’re like me, you want all the glutathione information you can get. So head to AskTheScientists.com for an in-depth article about my favorite tripeptide and new tattoo.