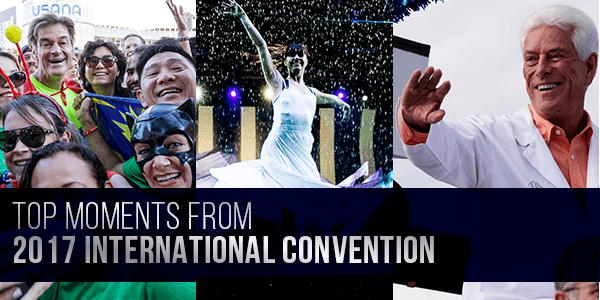 It was a celebration of a lifetime. For four days in August, the USANA family gathered in Salt Lake City to celebrate our twenty-fifth anniversary. From the amazing workshops to the spectacular general sessions, it was an incredible experience.

Here are some of the highlights:

Get ready to look your best with Celavive. The sneak peek of Celavive was a huge success with thousands learning about the new high-performance skincare system formulated 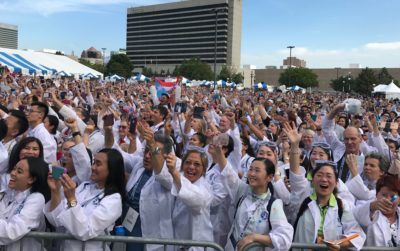 with USANA InCelligence Technology®. Celavive launches in early 2018, but everyone left with samples to take home and share.

Putting Our Name in the Books

A record was set at USANAfest with the “Largest Gathering of People Dressed as Scientists.” We crushed the old number with an official 893 individuals with thousands of participants on site. And while it’s fun to set new records, it’s even better that you helped raise over $46,000 for the USANA True Health Foundation (THF).

Helping Those in Need

Speaking of the THF, this year’s food pack was a huge success. 3,313 boxes were packed by Associates, Executives, members of Team USANA, and staff. All of their hard work paid off because they were able to box over 159,000 meals for those in need. Running for a Great Cause

And if that wasn’t enough, the Champions for Change 5K raised an additional $75,000 for the THF. 3,000 Associates walked, jogged or ran to help those in need. It was a great event with Dr. Oz, boxing champ Austin “No Doubt” Trout and fitness guru Erin Oprea on hand to warm up the crowd.