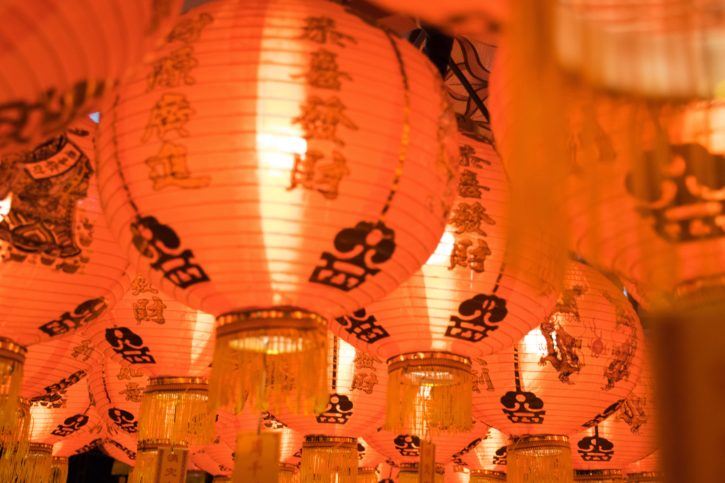 Although China adopted the Western calendar in 1912, the annual celebration of Chinese New Year remains one of the world’s largest festivals. Each year one-sixth of the world’s population—including the more than one billion people in China alone—gathers together with friends and family to celebrate Chinese New Year.

In 2018, Chinese New Year begins on Friday, February 16, and will run for 15 days, ending with the Lantern Festival on March 2. During this 15-day event, worldwide festivities will include parades, fireworks, and cultural performances to ring in the start of a new year, all according to the traditional Chinese lunar calendar.

Because Chinese New Year—also known as the Spring Festival or Lunar New Year—is based on the lunar calendar, it begins on the second new moon after the winter solstice and falls on a different date every year.

This celebration is one of the most important social and economic events for Chinese people and now touches nearly every country around the globe. Despite the wide reach of the holiday, many of the traditions have remained.

An important part of preparing for Chinese New Year is cleaning out the past. Many people will clean their homes to get rid of bad luck associated with the previous year. And it’s also important to dress and decorate in red. Red represents good luck and fortune. Additionally, others will start the year fresh by getting a haircut, getting new clothes, or even paying off debts or settling disagreements.

On Chinese New Year’s Eve, many families will get together and eat dumplings and long noodles. Eating dumplings is said to bring good fortune, and eating long noodles is representative of having a long life. Just don’t cut the noodles while eating them.

Chinese New Year is also marked by the inclusion of the Chinese zodiac, characterized by the attributes of one of 12 animals.

As a company, USANA is a family made up of employees and independent Associates around the globe who represent a wide variety of cultures. And we are honored to join in their celebrations. We hope 2018 is prosperous and brings you health and happiness.