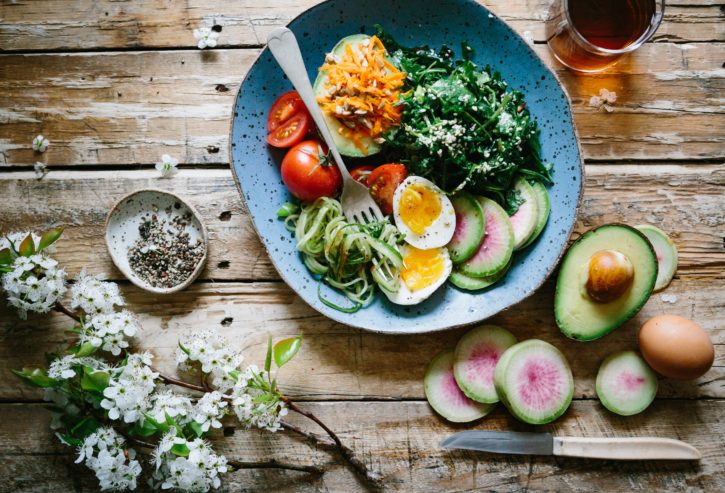 For every food, there seems to be a diet specially built for it. With so many trends about what to eat and when, it’s always a good idea to get as much information as possible before starting a diet. Two of the more common dieting trends people are starting is Paleo and the Whole30.

But what’s the difference?

To understand Whole30, let’s first explore the Paleolithic diet, or simply Paleo. In broad strokes, the Paleo diet is essentially what nomadic Neanderthals would eat—stuff like vegetables, fruits, nuts, roots, and meat. Essentially, it’s the food they would either hunt or gather. It’s low in carbohydrates and refined sugars.

The thinking behind the Paleo diet is it lessens the body’s glycemic load, has a healthy ratio of saturated-to-unsaturated fatty acids, increased vitamins and nutrient consumption, and contains an optimal balance of protein, fat, and carbohydrates.

Imagine Ned the Neanderthal leaving his humble cave at first light. He’s going out to forage and hunt for the day’s meal. But what’s on the menu? There isn’t a supermarket around the corner. Nor can he head to the local burger shack for fries and a double cheese. He’s left to his own devices to find vegetables like wild cabbage or kale. If he’s lucky, he’ll find walnuts or other nuts in bloom. And if he hits the jackpot, he’ll bag a deer or other animal.

His entire life is spent in motion trying to hunt and gather food. He’s limited to the plants that are in season and proximity to animals in their migratory pattern. The results were three-fold: his diet is comprised of foods that have little-to-no sugar, it was extremely low in in carbohydrates, and he is exerting a lot of calories to collect his food. In the traditional approach to diet, he is burning the calories he is consuming and isn’t economically able to store fat. 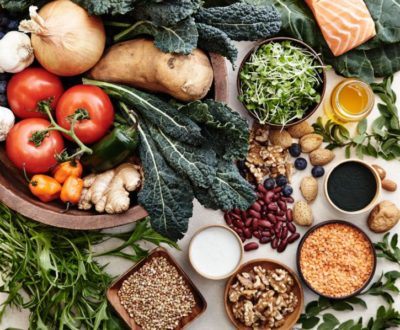 How did we move away from this lifestyle? Simple: humans developed agriculture. Approximately 10,000 years ago, our approach to food went from hunting and gathering to growing and harvesting. Diets changed dramatically with stable starches like potatoes, grain, and rice now composing the majority these early humans’ meals— and ours. This was a dramatic change in how consumption patterns.

Anthropologists call the switch from hunter/gather to farmer the Neolithic Revolution. The importance of this revolution is humans focused on tilling fields and pastures as oppose to scouring in pursuit of foods of chance. People went from looking for food to storing food. This began the Bronze Era which was the culture shift from nomadic peoples into sedentary. Essentially, without agriculture, we wouldn’t have started pottery, constructing cities, or developed metallurgy.

Our friend Ned the Neanderthal would just eat whatever he found or killed, but once agriculture was developed, people began focusing on extending the life of food. The easiest way to do that was preserving it with salt or smoking it. From there, they moved on to pickling, fermenting, and eventually canning and using chemicals. With the inclusion of the invention of the refrigerator, foods were able to be safely stored for even longer.

The upside to this food revolution was more people could eat different things than ever before. The downside is people were eating a lot more foods with high levels of salt, sugar, and carbohydrates.

In 1975, gastroenterologist Walter Voegtlin started making observations about the benefits of a high-fat and low-carbohydrate diet. He noted that early man’s diet reflected the benefits of eating organic foods and avoiding processed stuff like canned foods or frozen meals. Voegtlin’s research was eventually popularized by Loren Cordain in his 2002 book, The Paleo Diet.

No portion size. Eat your heart out. Want to mow down a sack of mustard greens? Be my guest. Thinking of eating six servings of broccoli, go right ahead. A perfect Paleo breakfast could be a grass-fed ribeye and a serving of asparagus with some steamed yams. Or if you’re looking for a more “traditional” breakfast, eat four eggs and a rasher of bacon. You can’t have toast or oatmeal at breakfast, but the sky’s the limit with a dairy-free omelet and ham steak.

Cost. Grass-fed meats are more expensive than grain-fed meat. Organic vegetables cost more than GMO fruits and vegetables. Also, it takes time to prep your meals. The best way to avoid eating things not on your list is to meal prep the things that you can. That means taking the time to chop and slice vegetables, pack nuts to eat at work, and pre-steaming meals so you only have to heat them up for dinner.

Paleo requires a lot of discipline. Cutting sugar, alcohol, processed foods, and salt from your diet can be difficult. It takes a lot of research to find your perfect Paleo diet and it’s not surprising when folks fall short.

As with all diets, consult your physician to see if you’re making the right dietary decisions.

Where Paleo is a long-term diet plan, Whole30 is a short-term program. Paleo is for users who plan to develop and maintain long-term eating habits. Whole30 is designed to include only whole foods into your diet for 30 days. Whole foods are foods that have not been processed or refined and are free from additives and other artificial substances. 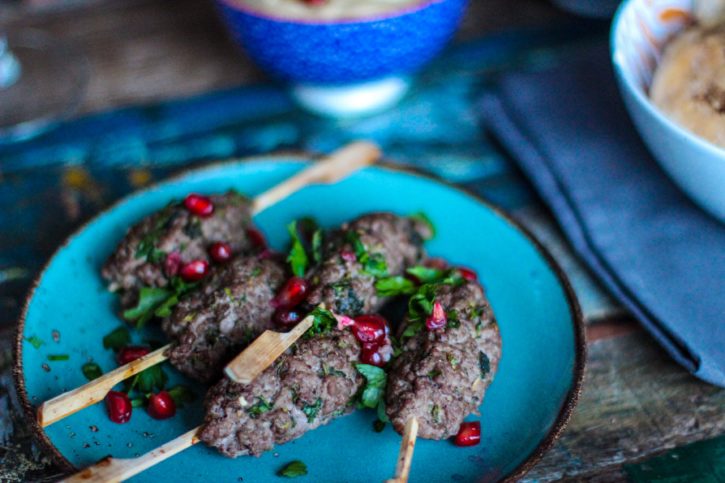 Not quite. Whole30 has elements of Paleo, but has further restrictions. Specifically, Whole30 doesn’t allow any form of sugar—not just refined sugar. For example, on Paleo you’re allowed to eat honey, presumably because Neanderthals might stumble across a beehive, but it’s a no-no on Whole30.

In addition, Whole30 strongly suggests that you don’t try to recreate or imitate favorite dishes. It’s common for people to make a Paleo pizza with almond meal and no cheese. Whole30 wants you to enjoy food for the sake of food and reflect upon your eating decisions over the course of 30 days. In taking time to be mindful of your meals, you’re more likely to appreciate the choices you are making and think of how food affects you.

After finishing the 30-day program, you can slowly reintroduce prohibited foods. But now, after the sacrifices you’ve made, you’ll be more conscious about what you would eat. Arguably, this is the best part of accomplishing your Whole30 program. Whole30 isn’t supposed to be used as a weight-loss program but an opportunity to reset you’re eating habits.

Common sense plays a large role in the Whole30 diet. Chances are if you’re sitting in a fast food drive-through, you’re not eating Whole 30. Or if you can still taste that East Coast hoagie or chocolate cake, you might have slipped off your Whole30 diet. But if you’re drinking enough water, eating leafy vegetables, consuming grass-fed meats, and avoiding carbs and sugar, you’re probably on the right path.

To help you get started with a Whole30 program, here is a sample meal plan.

So, what’s the best diet option for you? Are you committed to the eating like an extreme caveman by going Paleo? Or are you looking to get your diet on track with Whole30? Tell us in the comment section what you like about eating more whole foods and less processed foods. Even better, share your success stories on Instagram with the hashtag #LiveUSANA.