A Gift for You, 40 Meals for Others

The USANA True Health Foundation food pack was held in the company warehouse.

Long tables were loaded with canned and dry goods, puddings, oatmeal, and countless other necessary items, waiting to be organized into convenient nylon bags. The call went out to the entire company. The True Health Foundation (THF) needed volunteers to pack food for families in need.

The response was extraordinary. Almost everybody at the Home Office made time to help out. Departments worked in shifts to pack food. Shuffling along the tables, carefully loading each bag, the mood was jovial even if the work was tedious. Nobody complained. Moving left to right, the staff went down the tables, packed the bags, and got back in line to do it all over again. 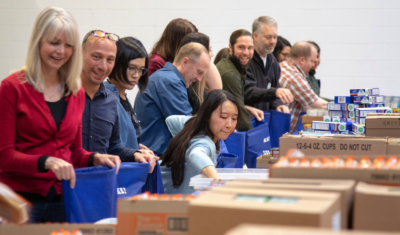 This is what USANA does. When people are in need, USANA’s staff will drop what they are doing and donate their time and energy to make a difference. And this culture of compassion can be traced all the way to the top. USANA CEO Kevin Guest is committed to empower others to make a significant change in the world.

All the Right Reasons

One could say Kevin provides this leadership based on his passion for bass guitar. It’s an odd comparison, but think what a good bass player does for a band. They provide the backbeat to keep rhythm and lock in with the drummer. Bass players form the structure for every song. More than that, they bring the tune to life by laying down the groove. They take the song in new directions, driving others to follow them.

Because of this, bass players support and lead at the same time.

Kevin does this both on and off stage. He supports and leads at the same time. Kevin is able to find this balance through living a life in harmony and shares his life experiences in All the Right Reasons. Throughout Kevin’s book, he shares the lessons learned from a well-lived life. From growing up in Montana to gracing the stage at the Grand Ole Opry, Kevin passionately talks about his love of music, family, and service to others. And this service continues because all proceeds from All the Right Reasons go to the THF, providing 40 meals for families in need.

Kevin’s life has always been in motion. Growing up in Kalispell, his family owned a lumber mill. He learned from his father the value of hard work, dedication, and serving others. His was an idyllic childhood, filled with music and adventures throughout Montana. Kevin studied hard at school, worked at his father’s mill, and practiced music ceaselessly. These experiences became the foundation for his life.

Early garage bands became touring groups. Kevin began to master the bass as well as the necessary interpersonal skills needed to be on the road. Throughout his book, he describes the importance of working with others and supporting them. But even more powerful, Kevin discusses how a life involved in music has transformed his life.

“When music comes from the heart, the connection between musician and audience is exhilarating and stunningly honest,” Kevin writes. “Music speaks to the soul like nothing else can. This love of music, this awe I have for the process, has been with me as long as I can remember.” 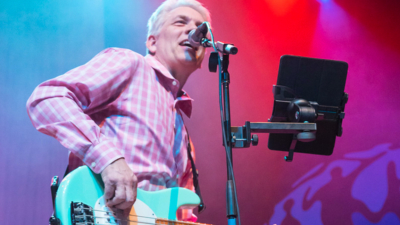 From music, the rest of his life unfolded. It brought him to a career in video production and eventually as CEO of USANA. The story is incredible simply because who would have thought learning Beatles songs in the family basement so long ago would shape Kevin into the man he is today.

When in Doubt, Act

Throughout the book, Kevin shares jewels of wisdom with the reader. He writes about the people who influenced him and offers examples of decisions made to chart the course of his life. His grandfather taught him to “fake it until you make it” and “go, baby, go!” But the best stories are when Kevin pulls himself up by the bootstraps, or in this case his ski boots, and trusts himself to make the right decision.

Filming a video for ESPN, Kevin and his team were at some of the most treacherous slopes in the Wasatch Mountains. His company had been hired to film a complex, multi-camera ski video. A competent, but not an expert, skier, Kevin realized very quickly he was over his head.

Directing the camera operators over the perilous mountain, Kevin found himself in hip-high powder on some of the steepest slopes. While he needed this job, it quickly became apparent the risk outweighed the reward. He handed the project over to someone else. While it cost him money, he learned the importance of finding balance between brashness and being overly cautious.

“For most of us, overconfidence is not the problem,” Kevin writes. “More often, being timid and overly cautious is what holds us back from reaching our full potential. [After that ski shoot], I turned down projects I knew I didn’t have the ability to pull off. It was a lesson in wisdom and restraint I’ll never forget.”

A Gift for You, 40 Meals for Others

All the Right Reasons celebrates Kevin’s incredible journey and details how he became the man he is today. He values relationships and giving back to others. That’s why he’s donated all proceeds from All the Right Reasons to the THF. Each book sold provides 40 meals for families in need. 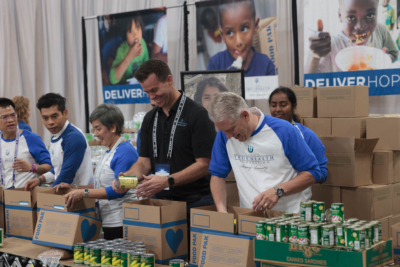 “People matter more than things,” Kevin writes. “I partly measure success by how many people’s lives are improved as a result of what I do.”

Give yourself the gift of Kevin’s amazing story and help others with 40 meals when you buy All the Right Reasons.  And share in the comment section your favorite passages from the book.