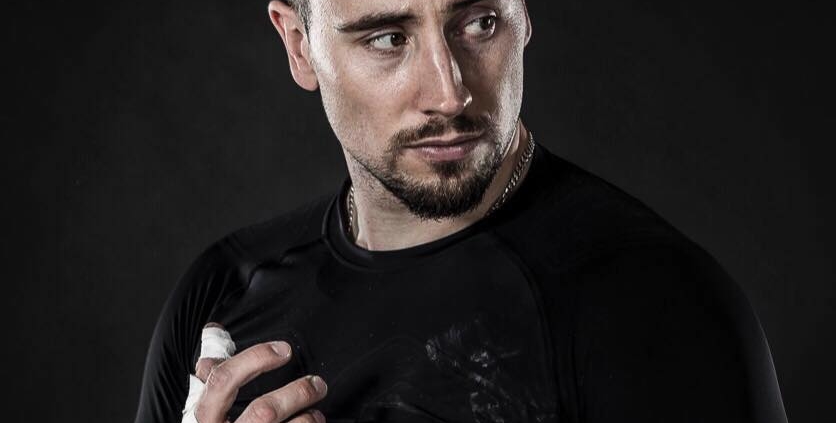 For a world-class bobsledder, tiny details make all the difference.

When shooting down an icy track at thrilling speeds, something as miniscule as a loose shoelace can have a devastating impact. Attention to these tiny, almost insignificant details is what separates the good from the great. It’s what separates an amateur bobsledder from an Olympic Gold Medalist like Alex Kopacz.

Parvis Magna­—greatness from small beginnings—is the Latin motto Alex lives by. This mindset has propelled him to be one of the best bobsledders in the world, winning gold in the 2018 PyeongChang Olympics. Yet, surprisingly, Alex isn’t what one would call a seasoned bobsledder. In fact, he didn’t start bobsledding until he was 23. Standing at 6’5″ and weighing 247 pounds, he towers above other bobsledders. His size, however, isn’t what makes him a great athlete—there’s much more to him than meets the eye.

The start of each bobsledding run is crucial. “The team with the best start usually has the best chance to win,” says Alex. In early childhood, Alex was set on the right path to win. His first-generation Polish parents taught him, if he wanted something, he had to earn it. “I was never an all-star athlete,” he says. “I had to work hard.” This early understanding of dedication helped Alex stand out and, eventually earned him a spot as a shot putter on the track team at Western University. 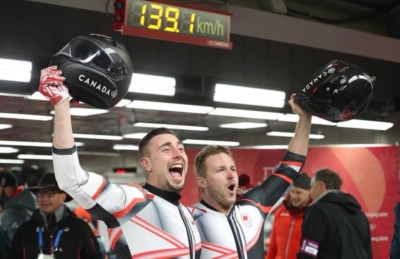 Alex with teammate Justin Kripps after winning gold in Korea.

Pursuing an Olympic career in your 20’s may seem crazy to many, but not for Alex. In college, his dedication impressed coaches and he was invited to train with the national bobsledding team. He landed this spot, not just for his size and athleticism, but for something much more valuable—his knowledge of physics. “The more you know the track, you’re more prepared, and the better your time will be,” Alex says. Whether bobsledding or doing contract work, his mechanical engineering degree helps him see the world from a unique perspective. “The heavier you are the more you are pushed into the ice, and this slows you down—there is a sweet spot, so to say.”

Alex uses USANA products to maintain his “sweet spot.” By eating healthy and taking care of his body, he gains an edge over his opponents.

If you’re shooting down an icy track or simply going through your day-to-day routine, balance is key. Despite Alex’s busy schedule, he always makes time for his many hobbies. He plays the piano and guitar, enjoys Latin dancing, and tests his mechanical engineering skills by tackling different forms of contract work. Alex’s most intriguing hobby is his love for service. And he’s teamed up with the USANA True Health Foundation to serve in Thailand. “By helping people in need and taking care of others, I feel a deep sense of purpose and a feeling of satisfaction,” Alex says. “I just want to help; physically giving back with your own two hands is extremely satisfying.” Alex proves to the whole USANA family no one is too busy to serve.

The future’s unknown, but Alex knows one thing for sure—he won’t slow down. He understands focusing on the little things can make a monumental difference. Even small, but meaningful, donations to the USANA True Health Foundation can have a colossal effect on the lives of so many in Thailand.

Comment below if you have a passion for service. Share the difference you’ve made in your community to impact the lives of others.

Why he trusts USANA: They make the best products. I live a hectic lifestyle between training and my other responsibilities. I like how it’s personalized for my needs and how I can mix and match the different products. His favorite USANA product: I make sure to use the BiOmega™ and take my USANA CellSentials™.

He’s always been athletic: Before bobsledding, I threw the shot put and played football. I was doing pretty good at both sports. I actually got noticed for my athleticism through the shot put. The coaches thought I’d be a good bobsledder because of my size and strength.

Music factors into his training: Music is huge in competition. I like to make play lists to help ramp me up before we compete. I like to start with classical music to focus my mind but as we’re getting closer to sledding, I like listening to hard core stuff like Korn, System of the Down, and Slipknot. After I race, I bring it down again with calmer music.

His hobbies are diverse: I grew up playing the guitar and piano. And I’ve started taking Latin dancing classes. Plus, I like challenging myself with mechanical engineering problems by doing contract work.

Giving back is who he is: Volunteering fits right into my character and personality. It gives me a sense of purpose because I know I’m doing something that makes a difference in people’s lives. It gives you a perspective on the world that you can take anywhere and use to help others. There’re great vibes in helping people.

His favorite form of social media: Instagram. Follow me @alexanderkopacz. You can ask me questions and I’ll totally get back to you. It’s the best way of starting conversations and making a difference.