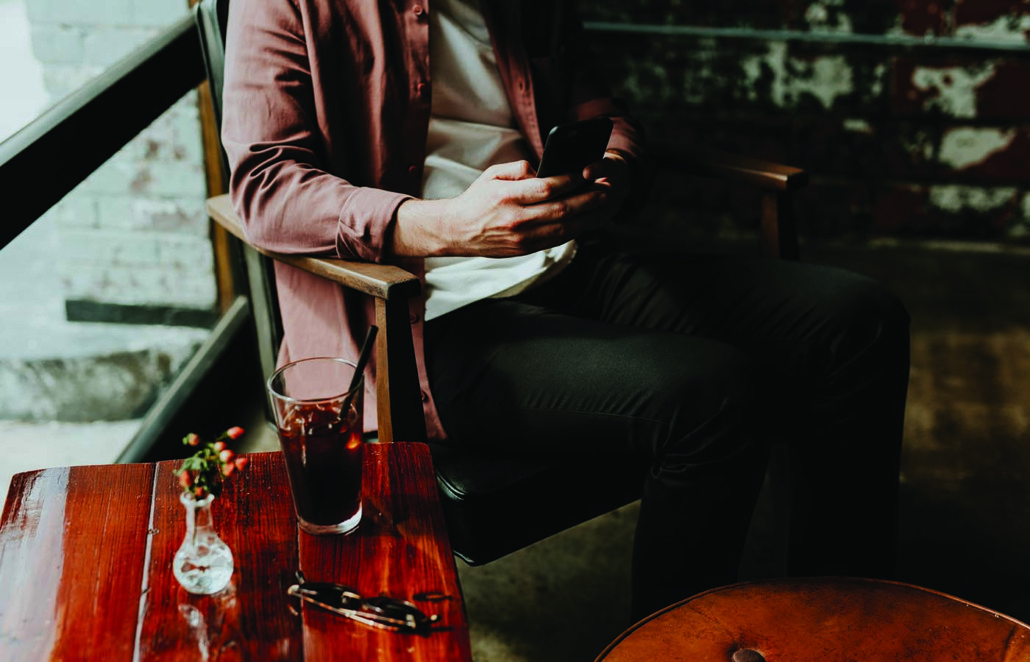 It was a crisp afternoon in January, and I was anxious. The ride home on the yellow school bus stretched into eternity. In the moment, I slightly resented my friends with earlier birthdays and their new driver’s licenses. This wasn’t just any Tuesday—I’d been glued to mobile tech websites for months and knew Apple had announced their brand-new cell phone earlier that morning. The bus door collapsed open and it was a rush to the computer to watch Steve Jobs unveil the first iPhone.

I was a strange teenager.

The reveal was slow-rolling and electric. But the energy was deserved: this new Apple phone was lightyears ahead of any Pocket PC or Blackberry. A huge 3.5-inch color LCD panel melted into premium glass and metal construction. It contained a full web experience in the palm of your hand. Other highlights included a 2-megapixel camera, rich media player, and a multitouch capacitive glass display to flow through it all. I had until the end of June—launch day—to save up for one.

At 16, I was eager to venture out and take pictures with the new iPhone, which I’d then artfully edit in my high school digital photography class. Not many years later, I’d use the same technology to compulsively refresh Instagram, agonizing over having less followers than my popular friends. When Facebook and Instagram were new, seeing posts was an excuse to reach out to an old friend. Then it became an excuse not to.

Excessive smartphone use hasn’t ever been crippling in my life, but somewhere along the way, I went from tech enthusiast to tech obsessive.

Things have gotten better over the years. I have been adopting healthier phone habits one by one, month by month. But there was a tipping point about six weeks ago when I caught myself watching YouTube videos until well after midnight on a Sunday—for no reason at all. In the moment, like a lightning strike, I realized I wasn’t happy or engaged. It reminded me of the lyrics to one of my very favorite songs:

Oh, we’re never alone but we’re each in our own little cage

Here, still so far away

After a short bout of self-loathing, I decided to do something about it. I committed to uninstall most social apps from my phone for 30 days and to check social media only from my laptop (unless situationally necessary). But before I tell you about my experience—and what you can do to reduce your own use—we need to understand how the issue of tech dependence came to be. 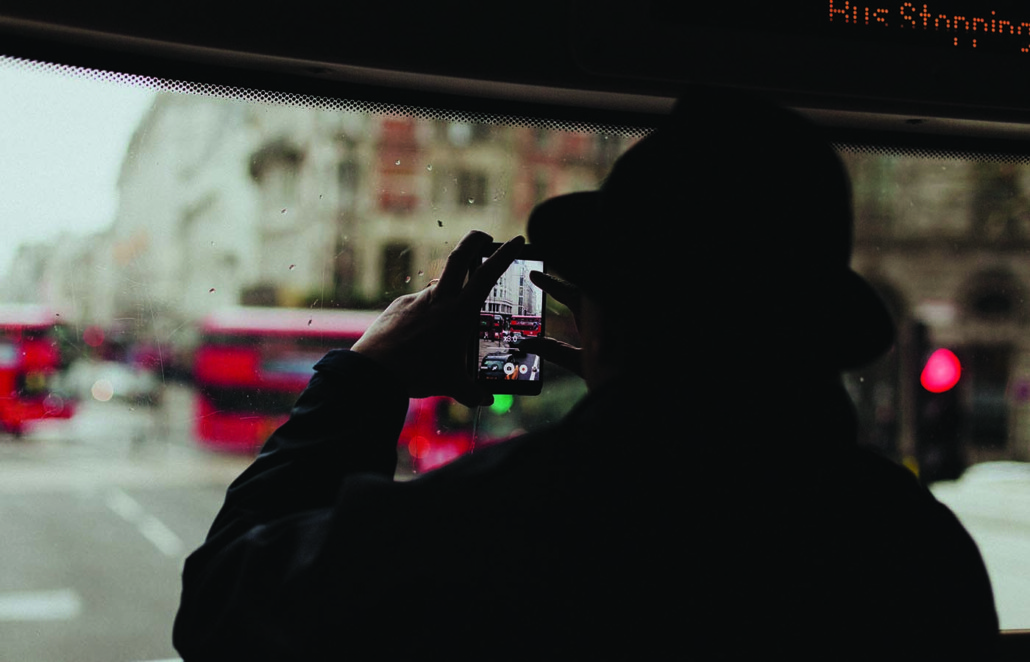 A lot has changed in the 13 years since Mr. Jobs took the stage in San Francisco and introduced the original iPhone. Modern mobile phones have gone from amazing, to novel, then ordinary, now ubiquitous and necessary. On-the-go email access went from liberating to suffocating. App stores generate 16 million downloads each day. Nearly 600 new iPhones are sold every minute.  Sadly, Steve passed away in 2011, but I wonder what he would think of the 6-inch glass slabs lining most pockets today

The early years of mobile software development were the wild west, where Google Play and the Apple App Store represented the proverbial Gold Rush of the 2000s. Small developers could find overnight success—and millions of dollars—with a bird-flinging game or photo sharing app. In this highly competitive environment, the developers who found the most success designed software to be addictive.

Buzzes, beeps, and flashing screens all deliver a hit of dopamine and encourage users to check back often. And apps have only become more refined since then, biohacking the human brain to find reward in those little red bubbles. We even have limited-time stories now, cranking the FOMO—fear of missing out—to a 12. There are billions of dollars at stake to come up with new ways to get us to check our phones more and linger longer.

It’s no surprise why so many folks across all generations think they need to use their phones less. I’m certainly one of them.

Early research recognizes smartphone addiction as a mental health hazard. And Silicone Valley has taken notice, too. Digital Wellbeing is a key Android 10 feature. Endless blogs offer tips to curb smartphone use, such as removing devices from the dinner table or going grayscale. There are phones designed to get people off their phones. We’re moving past the honeymoon phase and doing the important work of better understanding (and coping with) the electronic universes we all carry around.

For anyone kicking themselves about their perceived bad habits, know that suffering from any kind of electronics addiction is not a moral failure. We’re witnessing perhaps the single most fundamental shift in human communication in recorded history, and the long-term effects are only starting to be discovered. Cut yourself some slack. 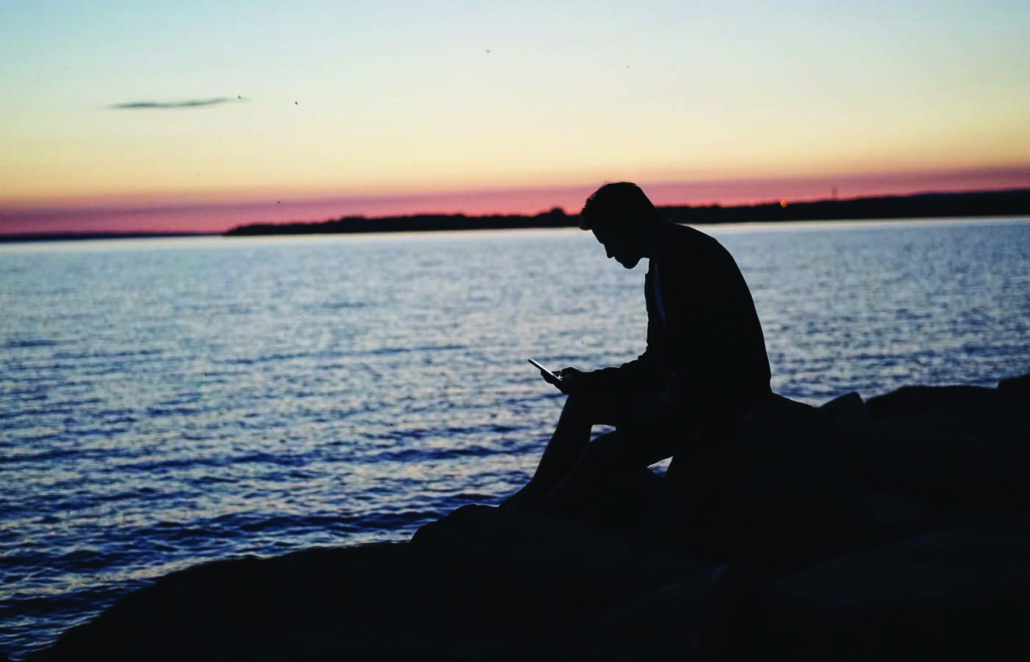 On day one of my cleanse, I realized my options while checking my phone were to message a friend, read a thoughtful written piece, or… put the phone back in my pocket? After a few engaging articles I had saved for later, I got restless. I prepped lunch for the next day. I cleaned the kitchen. I took 10 minutes to meditate, something I had been curious about trying for seven years but never found the time. Finally, I started writing for fun. You know, that thing I do for a living.

My average screen time dipped, week over week, to well under half of what it was before. This doesn’t factor in my computer at work or personal laptop, but it’s a step in the right direction—more time spent creating instead of consuming. And, while I thought I would be out of the loop not seeing what my friends were up to as often, the feeling quickly faded. Two minutes of scrolling through tweets is more than enough to get up to speed.

10 Tips to Use Your Phone Less

If my experience sounds like it could be beneficial to you, whether you want to cut back or need a full-blown electronics intervention, here are a few tried-and-true mindful habits to help you become less reliant on your phone. 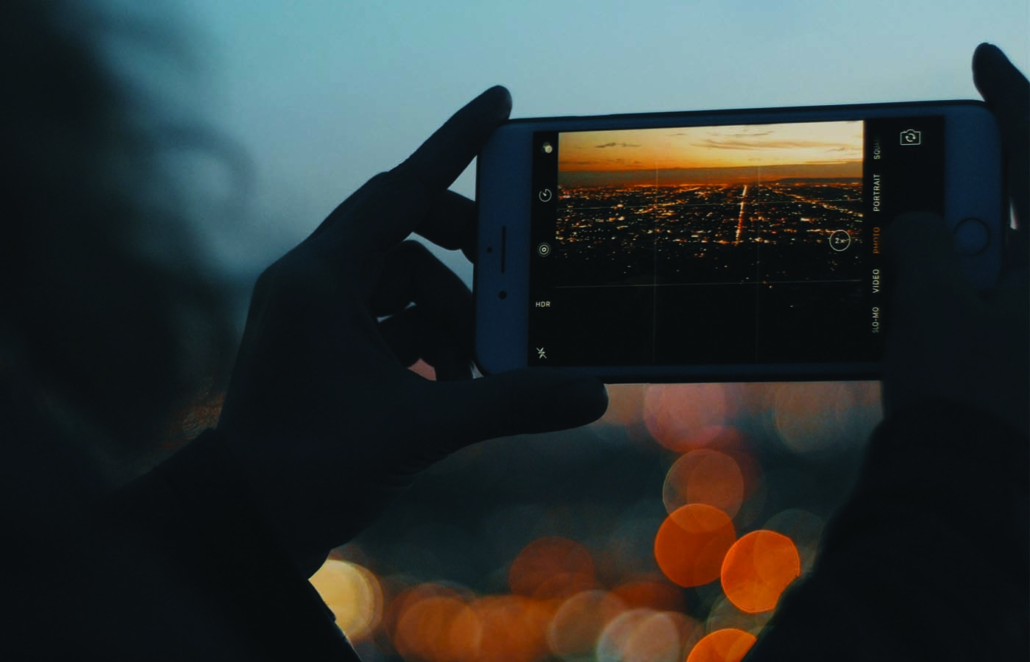 Like any tool, mobile technology can be used for good or evil. It’s incredibly empowering. With it, blind people navigate the World Wide Web. Smart wearables goad us into exercising. The Gorillaz created an entire album on an iPad. (It’s a dang fine album, by the way.) Just remember, at the end of the day, social media companies aren’t your friends. They’re in business to turn a profit, and they are highly incentivized by investors to keep you in their ecosystems, scrolling and engaging.

So much for Google’s whole “don’t be evil” thing.

Like almost everything in life, it’s important to assess the context and decide for ourselves if we have a problem.

My monthlong experiment has been far from perfect. I’ve reinstalled a few apps to accomplish something, then found myself scrolling. And I still check Twitter regularly, sometimes too often thanks to work. I’m not as disconnected as I want to be. But the experience has been incredibly beneficial. Since starting, I’ve:

Reflecting on the past 30 days, deciding what to do next, one thing is clear: there are a thousand things I’d rather do than scroll. And I’ve hardly the time to do them all.

Jake with his parents.

Jake is a Utah native and copywriter of two years at USANA Health Sciences. He’s your go-to for wholesome recipes, creative workout routines, and nerd culture. Jake encourages healthy living habits and puts nutrition, wellness, and exercise advice to practice every day before writing about it.