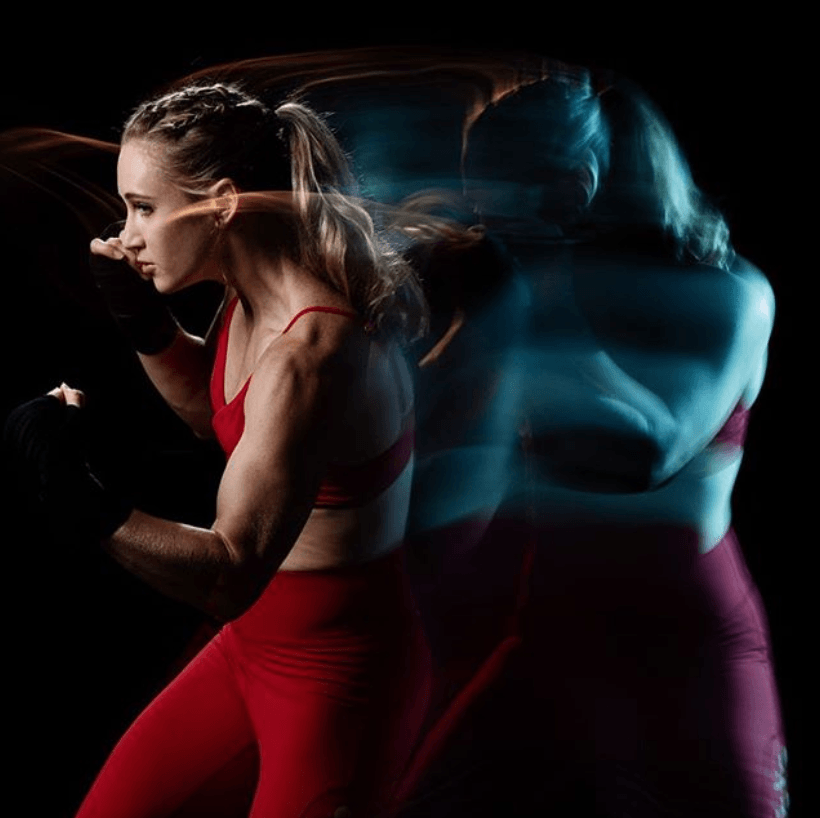 Like many kids, Virginia “Ginny” Fuchs was exposed to a lot of sports when she was young. Her parents introduced her to swimming, basketball, soccer, softball, volleyball, and eventually she ran cross country.

But from the moment Ginny first stepped into a boxing gym, she immediately fell in love. And in 2010, when the International Olympic Committee announced women’s boxing would debut as an event in the 2012 games, winning gold became her goal.

Although she fell short in the 2016 Games, Ginny is laser focused to qualify in her weight class and make it to Tokyo this summer. And, as the number one ranked flyweight on the USA Boxing team, this medal-hopeful isn’t letting anything stand in her way—inside or outside of the ring.

Just entering a boxing ring shows courage and toughness, but it’s true grit and determination that fuels the heart of a champion. Well, that, a lot of training, and highly regimented, proper nutrition.

Boxing is a sport where nutrition is key, and Ginny knows how important it is for her to pay attention to everything she eats, down to the ingredient details. It’s why she’s so excited about her relationship with USANA. She makes sure to get the nutrients she needs while training (sometimes three times a day) and managing to lose (or “cut”) weight for a fight. 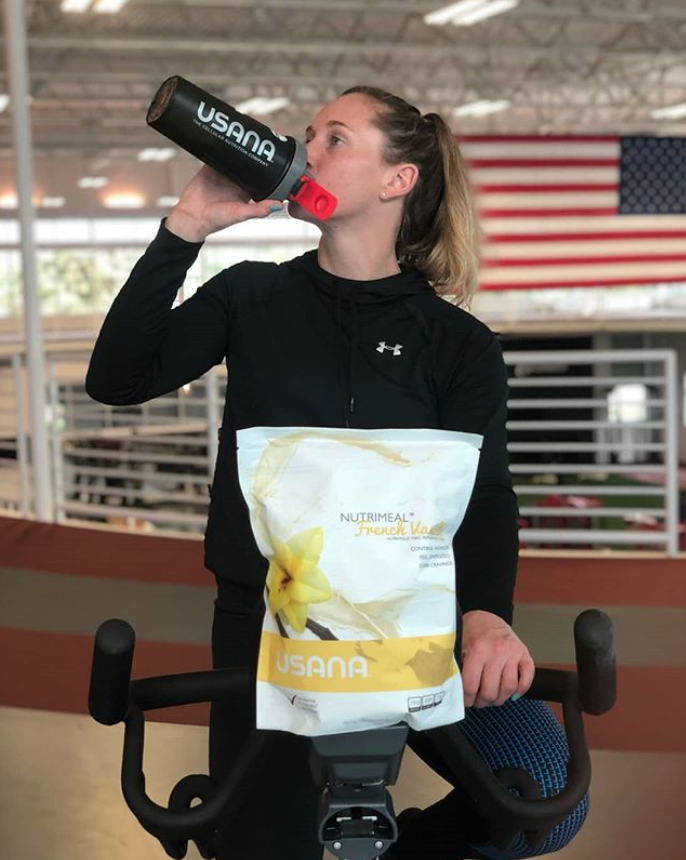 “Proper nutrition is everything,” Ginny says. “You need to eat properly to perform at your best, but you also need to manage your weight and be able to cut it if you need to. And to make sure you do it in a healthy way. Our nutrition is just as important as our training.”

Ginny knows how lucky she is to have access to trainers and dietitians, and she loves to share her knowledge with others.

“It’s awesome I have the ability to learn all that,” she
says. “The thing that makes me work as hard as I do is getting that gold medal, but I like the lifestyle of being healthy. I want to eat better so I can train better, and without boxing I probably wouldn’t have that opportunity.”

Finding Balance In and Out of the Ring

Fueling and working her body is just part of Ginny’s fight preparation. For much of her life, she has struggled with obsessive compulsive disorder (OCD). She is open about her disorder and has been able to combine balancing mental wellness with high-level sport.

“The good thing about me and boxing is it helps my OCD
thoughts go away,” Ginny says. “Boxing is part of my therapy. I’m so passionate. Boxing is one of my values in life, and I’m able to focus on accomplishing my goals.” 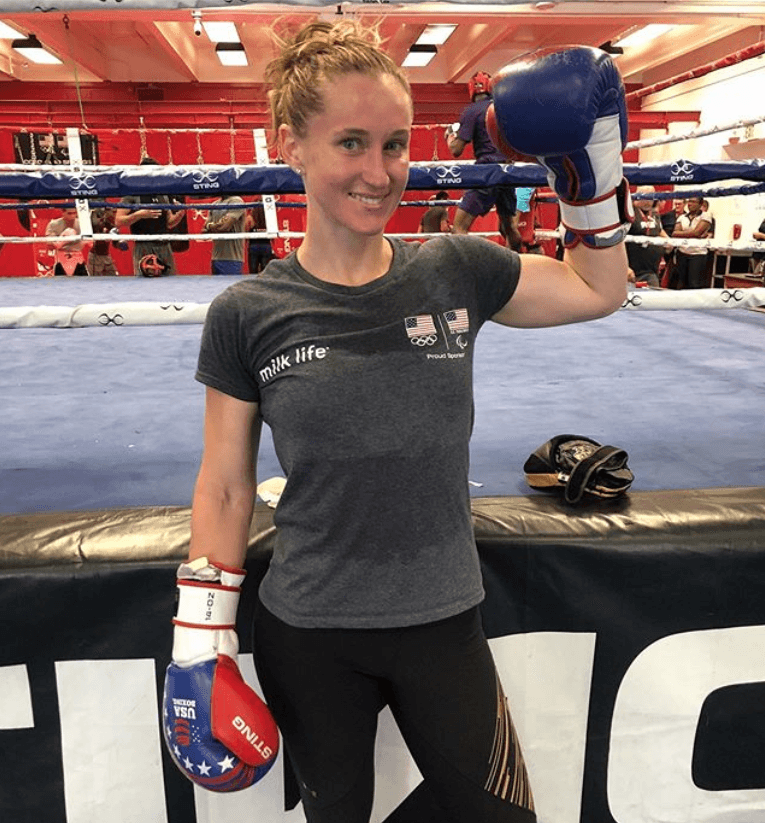 Through her OCD treatment, Ginny was introduced to the Peace of Mind Foundation, a Houston-based
nonprofit organization dedicated to improving the quality of life for OCD
sufferers. And now she looks forward to using her platform to advocate for, and
work with the foundation.

“That’s why I decided to be so open and share my struggle,”
Ginny says. “OCD is very complex, so there’s a big stigma, and people hide it. I want to show people, you’re not alone and you can get help.”

As Ginny advocates for mental wellness outside the ring, she’s
also striving to leave a lasting impact on boxing. As someone who started her career before 2010, she is a pioneer. Her career has spanned not having a chance to box in the Olympics to being part of the first qualifying process
going into 2012, and now growing the sport to give it the exposure it deserves.

But even with the growth she has seen over her decade of competing at the international level, there’s still a long way to go. Her current goal is to qualify for Tokyo and win a gold medal, but it’s more than that. As she advances in her career, and succeeds, she relishes the opportunity to introduce people to women’s boxing.

“When I started, I was the only girl in the gym,” Ginny says. “It was hard for me to find a fight because there weren’t as many girls. I would go to tournaments and only have one fight, but now I have three or four.”

She’s passionate to spread word to the next generation and fight to grow the popularity of women’s boxing.

“What I want to show is, yes, this sport is hard. But if you love it and you’re good at it, you can get really far,” she says. “Don’t let obstacles get in your way. Fight for the right to show that you fight just as hard.” 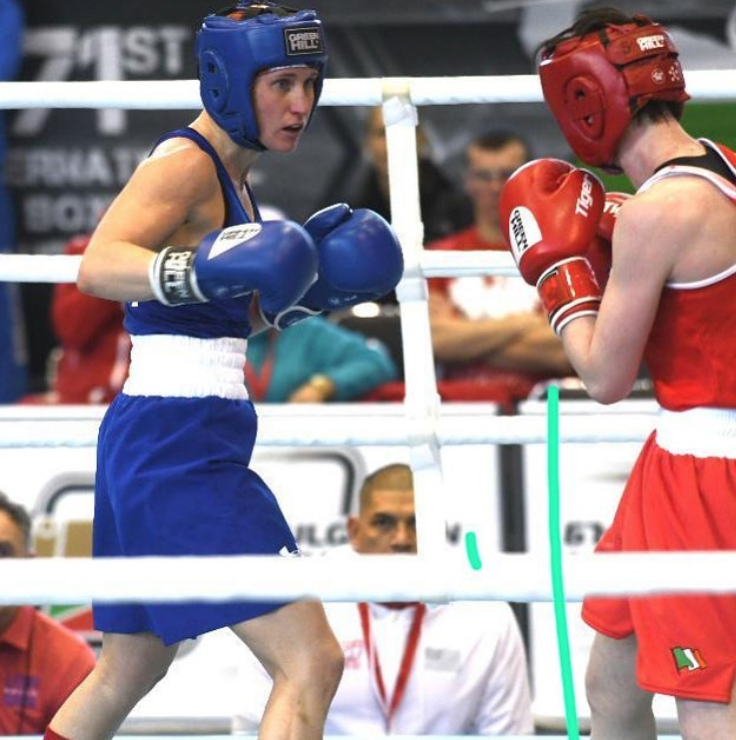 Why she trusts USANA: I know I’m taking supplements that are pure and don’t have to worry about testing positive [for a banned substance]. I know what I’m taking, and that it’s healthy for my body.

Her favorite USANA product: Rev3 Energy®. I love the Rev drinks. It tastes so good and gives me energy, even when I have to cut weight.

If she wasn’t boxing: I graduated with a B.S. in kinesiology, so I would probably do something with that if I wasn’t boxing.

How she approaches her fights: In tournaments, because of the bracket and draw, you never know who’s going to be in front of you. Every
fight is different, and everyone fights differently. My best asset is my ability
to quickly adjust to how my opponents fight. I try to remember to stick to the basics—see how they are using their jab and stuff, and then adjust from there.

Favorite place boxing has taken her: My favorite
place so far is Castellon, Spain. The hotel we stayed at was right on the coast. The water was super clear, and there were mountains on the other side. It was beautiful. And the food was great.

*These statements have not been evaluated by the Food and Drug Administration. These products are not intended to diagnose, treat, cure or prevent any disease.

**Mentioned athletes are distributors or dedicated users who receive compensation for their partnership and/or complimentary @USANAinc products.