The Unrelenting Spirit of Nikko Huelgas 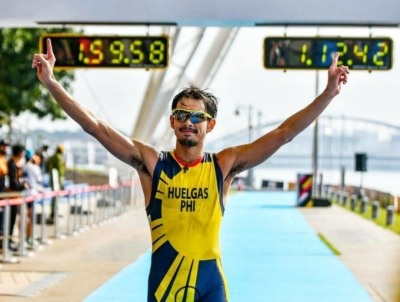 “No one becomes successful overnight.”

Years of grueling practice cultivate the speed and stamina a triathlete needs to compete for gold. And Nikko’s unrelenting conviction to prove his tenacity—both body and spirit—makes him one of the best in the world.

The First Step: Believe in Yourself

Nikko recognized his dream of becoming a national athlete at a young age. By 14, his heart was set on success. He discovered his aptitude for endurance sports through his love of swimming, and he excelled in the sport. By 2005, he took his first step toward his dreams—deciding it was possible.

“I already knew what I wanted to do in life,” says Nikko. “To be an elite athlete at the highest level of competition, based on my talent.”

Confident he could make it happen, he mapped his way to medal-winner. 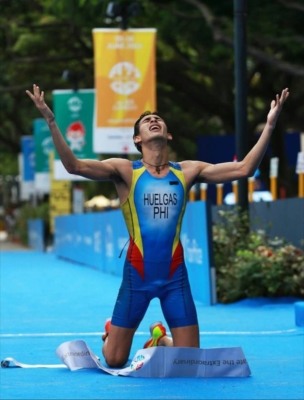 Success is a Mindset

Although Nikko progressed quickly as a naturally strong athlete, his journey to star status wasn’t a direct ascent. He pursued his successful swimming career through college, and after winning first place in a 5-kilometer fun run, was invited to compete in a swimrun—where he continued his winning streak. A few months later, he purchased his first bike and made the national triathlon team.

Like many high-level athletes, he has traversed discouragement and failure. As an elite contender, he struggled to accept losses to younger up-and-coming athletes. “It showed me God always has a plan for you,” says Nikko. “Not everything is meant for you, even if you really, really want it.”

Rather than succumbing to what he felt were fading dreams, Nikko stayed confident the right path to his bigger goal would show itself. And his determination carried him. For him, “success is a mindset, not an achievement.”

“I have had more losses than wins in life,” Nikko says, “but they led to me being happy and successful in my state, in my own way.”

During college, he took time off from his studies—which extended his course, causing him to supplement his training allowance. Nikko also spends most of his time away from family, “which is a struggle,” he says.

Facing the mental challenges of doubt and insecurity from losses is also not easy. “It makes you feel like you aren’t a good athlete,” Nikko says. “You overthink and reflect.” 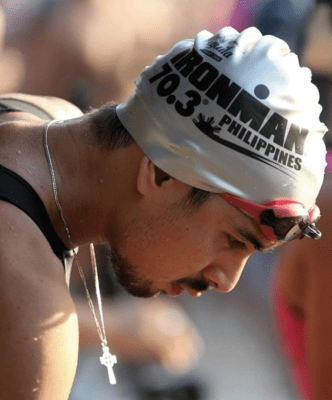 But, part of being a professional athlete is navigating the highs and lows of the sport. For Nikko,  the never-ending challenge is also a never-ending opportunity to keep getting better. “Being a competitor, it’s one of our greatest motivations—to be able to accept opportunity and challenge every day. It’s what we wake up for,” he says. “Every day is competition day.”

A Love of Competition

Nikko’s descriptions of the three disciplines of a triathlon can fain poetic. He shares the beauty he sees on long rides, the feeling of being superhuman on long runs, and his love of swimming. And he lights up when talking about his passion for competing and how much he enjoys traveling.

It takes a natural grit for triathletes to compete in a sport that demands such intense resilience and agility. Nikko exemplifies these qualities in both his athleticism and mental game. His insatiable appetite for knowledge—studying physiology and holistic health—helps him prevent injuries.

Leading with an Open Heart

Nikko’s environment is influential in helping to shape his success—namely through connections with his coaches and teammates. “If you surround yourself with people who are better than you, you will be better,” he says. And he works to emulate qualities of the people he admires. This shows in the way he pays it forward by stepping up to lead and advise other athletes. 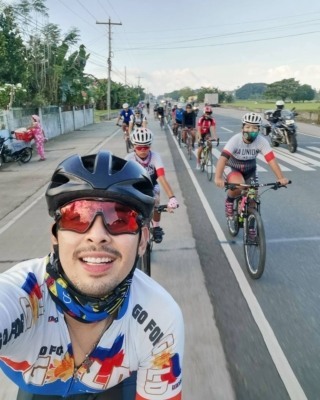 He encourages rising athletes to look ahead for opportunities. “Ask for mentors, and look for people who are better than you. Everyone who looks for help will always be helped.” Amidst the unpredictable state of the world, Nikko believes we’ve never been more open to helping one another. “Never think you’re alone,” he says.

It Takes a Family

As Nikko prepared for the SEA Games in 2017, his support system pulled through when he felt unsure about his upcoming performance. As the pressure mounted, his USANA representative gave him a boost of confidence—and the apt advice to use Pure Rest™ to get a good night’s sleep. The next morning, he felt ready, and added his second gold medal win to his impressive career.*

Such valuable encouragement played an important role in his victory. “The USANA family is supportive of my pursuits. They always have a representative watching out for me, whether I’m competing or doing interviews. It makes me feel like I’m really a family member,” he says.

Training for an Unknown Future

With the 2020 Summer Games in Tokyo postponed, Nikko’s next major milestone in his career is on hold. He speaks to his sadness, and that of his peers, but is using this time to maintain his body, as well as advocate for mental health. 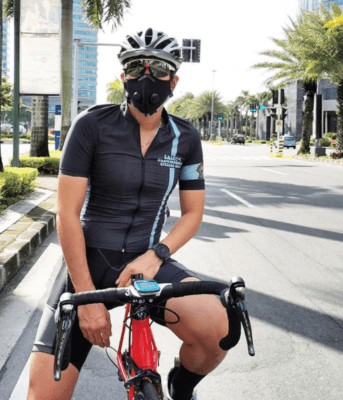 “2020 is about surviving while improving my nonphysical health,” says Nikko. “We don’t know what’s going to happen. While I consider this time as one step backward, 2021 will be two steps forward.”

Nikko’s drive is contagious. Beyond taking care of his body physically and mentally, he also invests in other interests. He strives to improve himself through reading, studying, and his work as chairman of the Philippine Olympic Committee Athletes Commission.

An insurmountable passion for his sport requires Nikko’s body to be in peak condition at all times. In 2017, he joined the USANA family, and after using our products, confidently claims he’s never felt better. “USANA takes care of you. I don’t feel like an ambassador—I feel like a family member. It motivates me as an athlete to be better.” And Nikko’s passion extends beyond his career. He’s eager to influence others about the value of health and encourage them to live a healthy life.

Do your very best. Trust you know what you’re doing. Believe in yourself. Do this, and Nikko believes you’re already a success.

Why he trusts USANA: “It works, period.” Nikko believes in USANA products. They make him a better person and energize his workouts, without side effects.* What being a USANA athlete means to him: He’s a trusted athlete who embodies a healthy lifestyle.

When he’s not training: Nikko enjoys Japanese food, motivational speaking, commercial modeling, and representing athletes in his work with the POC Athletes Commission.

His current training jam: “This Girl” by Kungs.

His favorite place to compete: Japan and Bangkok, Thailand.

His biggest motivator: Becoming whole by chasing the qualities he wants to embody before he leaves this world.