Olympic Gold Medalist Alex Kopacz Loves to Give Back

USANA’s World Service Week is our favorite time of the year. It’s an opportunity to make a difference in our communities both close to home and around the world. While we all do good deeds when we can, USANA World Service Week pushes us a step further—creating unexpectedly meaningful experiences that touch the soul in surprising, and sometimes life-changing, ways.

Canadian bobsledder, Olympic Gold Medalist, and USANA athlete Alex Kopacz has felt this firsthand. In 2019, he joined the USANA Foundation’s mission to Chiang Mai, Thailand to help families living in abject poverty who lacked the means to feed themselves. Along with 24 other volunteers, he helped the locals build lasting, sustainable food sources.

But this wasn’t Alex’s first foray into overseas service. We caught up with him to learn more about what service means to him. 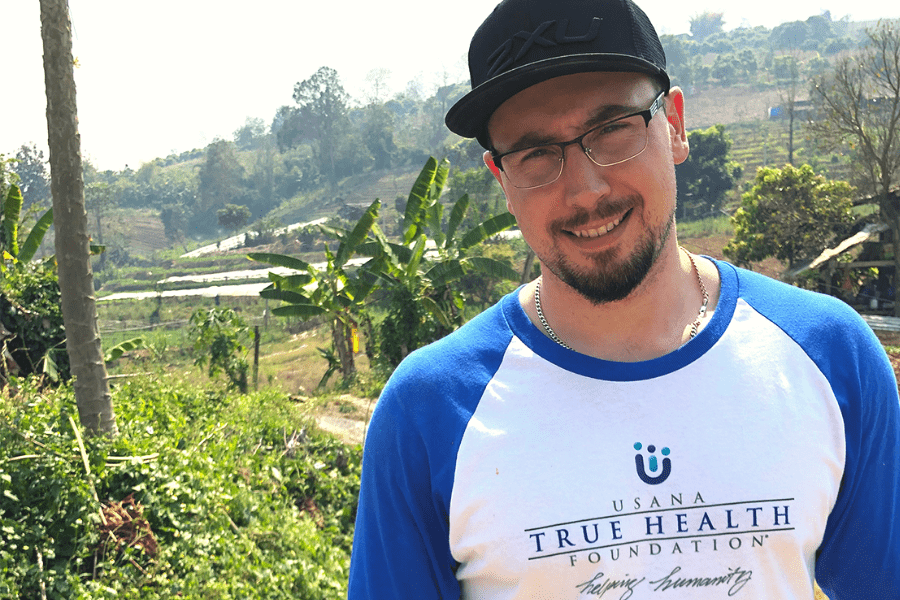 Inspired By Giving in Guatemala

During his second year of university, Alex joined fellow medical students on a two-week trip to Guatemala to provide much-needed medical support. As a team, they operated a mobile pharmacy in some of the country’s most impoverished regions.

“I remember days starting at 7:00 a.m. and we’d work to 7:00 p.m. It was easy to forget to eat—I was so energized all day, I just didn’t feel the need,” Alex says. “Although the cases were heart-wrenching, the interactions were so valuable to me.”

Surprisingly, it wasn’t giving medical support that Alex found most fulfilling. Oftentimes, the little they could do in the short time they were there was heart-breaking and frustrating. He likened this to a band-aid—a temporary fix, but not enough to fully meet the needs of those in pain.

Alex was inspired by the attitudes of the people he treated. They remained upbeat and joyful, despite living in appalling conditions. And although he gave a vital service to sick townspeople, he felt he was on the receiving end.

“To see them smile in spite of their pain—It was uplifting,” Alex says. 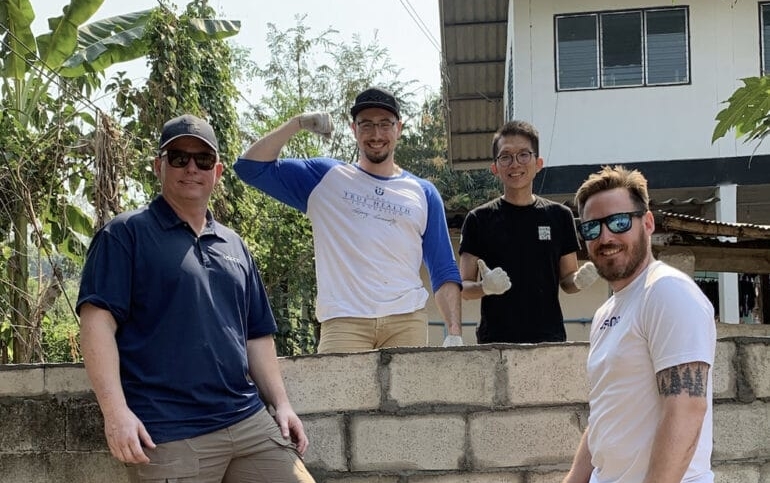 Serving In Thailand with USANA

When Alex returned to Canada, he couldn’t help but compare his recent adventures with the sport he loves.

“I was taken aback by how selfish my sport seemed—there’s lots to it that made me feel empty as a human being,” he says. “I’d ask myself, what have I contributed to the world today?”

Despite winning an Olympic gold medal, Alex yearned for more.

“Leading up to the gold medal win, it’s very short-lived. The country’s proud of you for a little while, and that’s great. But it still left me wondering if what I do actually matters,” he says. “And as I was questioning how I could do more, USANA reached out.”

Alex became a USANA Athlete, and his sporting achievements gave him a platform to make a positive impact. During a conversation with USANA Foundation President Brian Paul, Alex learned about the Foundation and its work in underprivileged communities around the world.

“Brian was coordinating a trip to Thailand and asked if I wanted to volunteer. And I was like, ‘Sure!’ I didn’t care what the dates were,” he says.

This serendipitous turn of events would lead Alex on an 8,000-mile excursion to Chiang Mai with Brian and a group of USANA Ambassadors.

White sand beaches, luxury vacation resorts, and turquoise-blue waters are what many people imagine when they think of Thailand. It’s one of the most exclusive getaways in the world. But there’s another side tourists don’t see. Thailand lies at the center of the human trafficking trade in Southeast Asia, and 22% of its population lives below the poverty line. There is a need to help—especially its children.

Acts of Grace Church in Chiang Mai has developed a program specifically for kids. Every Saturday, volunteers bring children living in the slums to the church for a nutritious meal and a place they can safely play for a few hours. Unlike Western children, these kids don’t have fancy computer games or high-end sports equipment. They have a soccer ball and rocks to mark the goals—but even something simple, safe, and small can mean so much. 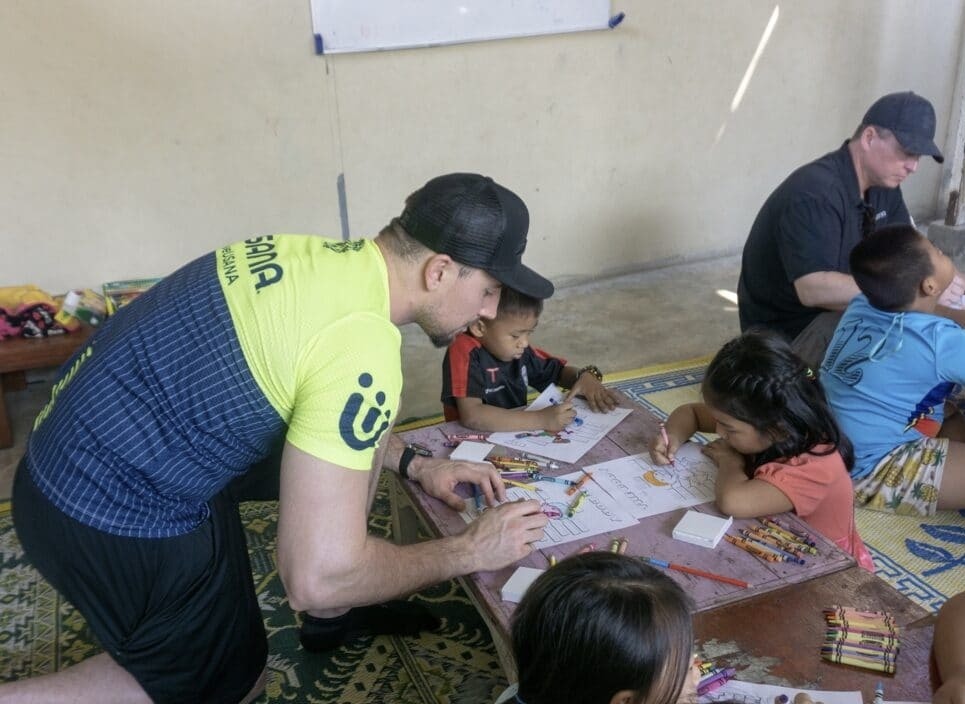 The Power of Play

Many equate service with solemnity, especially with results so important. But, as Alex found out, acts of service can be full of joyful, heart-warming, and belly-laughing moments.

“One of the most fun experiences (excluding the actual work we did) was when we played soccer with local orphans,” Alex says. “Play is a universal language. Everyone knew how to play the game; where to stand and how to get the ball. It’s pure joy to have nothing to think or worry about besides playing, catching your breath, and watching these kids laugh.”

Playtime transformed the children simply because they had the volunteers’ undivided attention—something they rarely experience.

“Bringing play and fun into your acts of service amplifies what you’re doing for everybody,” Alex says.” It brings me a great deal of joy and satisfaction—especially when it becomes infectious.” 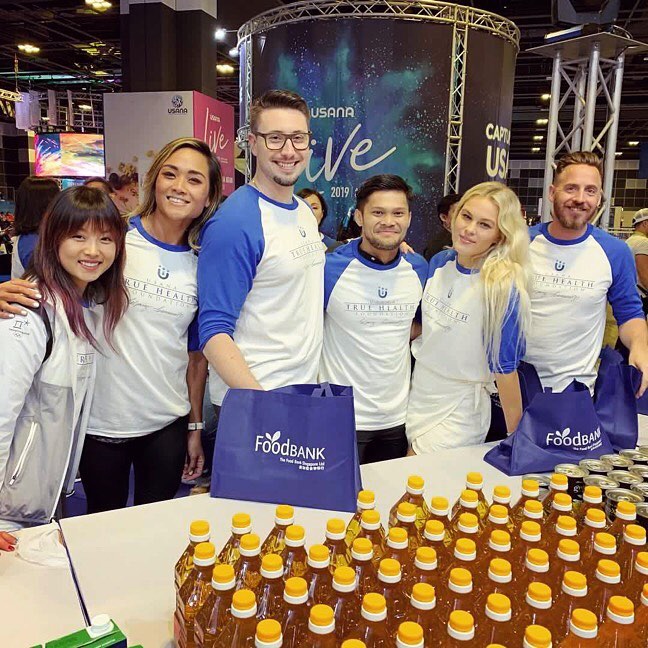 Service Is Inside All of Us

Serving in Thailand is a rare, once-in-a-lifetime (if ever) opportunity for many of us. But service doesn’t have to be about grand gestures. Even back at home, Alex gives whenever he can.

“I’ve always been a helpful person. Growing up, I was involved in Polish Scouting where we would help the local church or do physical labor at people’s homes. In the Polish community, service is very dear to us,” Alex says. “So, helping people has always been something I was exposed to and continue to do. If a friend needs anything, they can call me, and I’ll pop over. And if I’m asked to do something at a school, for example, I’ll always do my best to help.”

Clearly, service and generosity come second nature to Alex. Giving is in his DNA, so—to him—the benefits of service are undeniable. But everyone can benefit from simple acts of kindness.

“There’s something inside each of us that encourages us to work harmoniously in groups,” he says. “And if we don’t exercise it, we slowly desensitize ourselves from that part of our humanity. If you aren’t inherently prepped to serve, try it anyway. You’ll be surprised how quickly it will change you.”

Service transforms lives—both for those who give and receive. It changes the world, even if only in your neighborhood.

Alex puts it best with his final thought: “I love going somewhere and making a change. It doesn’t matter if you’re remembered for it. What matters is you’ve helped find a solution to someone else’s problem.”

How do you plan to serve during USANA’s fifth annual World Service Week? If you’re looking for inspiration, you can donate, learn how to become a USANA Foundation Ambassador, or fundraise with us through the USANA Foundation website. 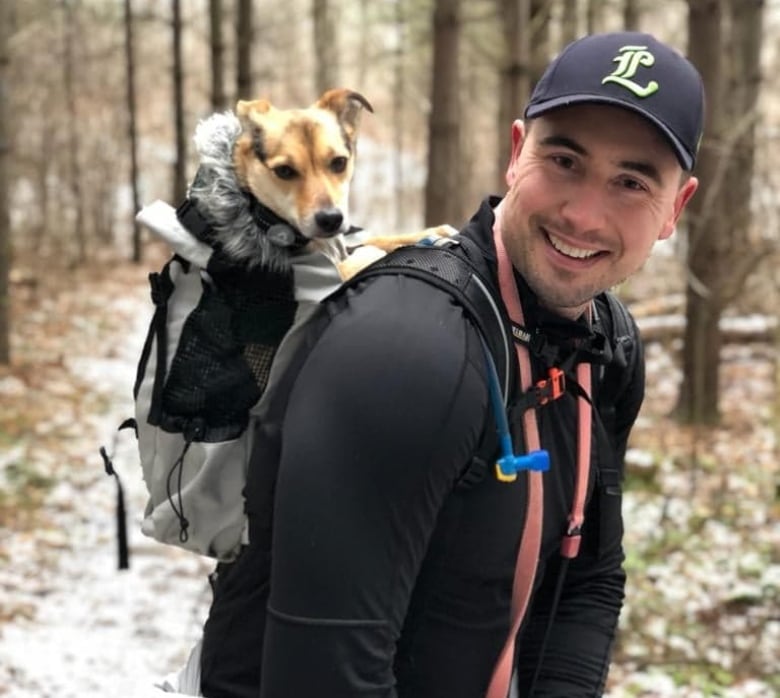 Ice cream. I swear I don’t eat the whole carton at once!

What was the last TV show you binged?

What’s on your playlist?

I like a bit of everything—think classical to Radiohead. But if I didn’t have High and Dry, I’d be worse off as a person.

What are your must-have USANA products?

Besides HealthPak, my favorite product is Procosa. I take it daily to help with my recovery and pain management, especially after all I’ve put my body through!

The mentioned athlete or partner is an Associate or dedicated product user who has received compensation for his/her partnership and/or complimentary @USANAinc products.