Diving Into the Life and Career of Gold Medalist Matt Grevers

Few athletes in the world have experienced the glimmering moment of winning an Olympic medal. From home, we watch as they make greatness look easy with their seemingly effortless wins.

Matt Grevers—world champion swimmer, husband, father, six-time Olympic medalist, and USANA-sponsored athlete—has a soaring stature and an impressive wingspan of 6’11. He’s built for speed and strength. But what you don’t see are grueling hours of practice, his dedication to show up for his sport day after day, year after year, and the incredible spirit that comes from a deep love of swimming and unwavering commitment to his dreams. 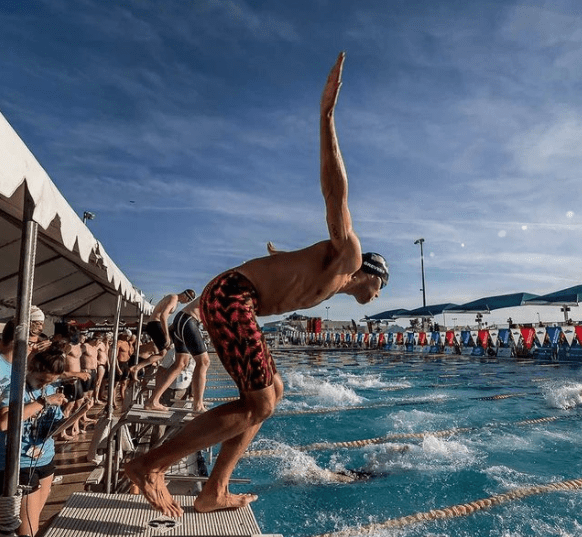 No One Can Do It Alone

From the very beginning, Matt learned the importance of discipline and training. He grew up in Gurnee, Illinois among a family of gifted swimmers. His older brother and sister swam competitively, his mom coached, and his dad played water polo—it was only natural for him to dive into the sport that would set him on the path to gold and glory.

Initially, Matt was interested in what he felt were the “cool” sports, like basketball and football. But he was surrounded by support from family and coaches who recognized his talent and urged him to keep swimming.

A Moment of Promise

Like any young athlete, Matt had days he didn’t want to attend practice. But by age 10, he’d already spent significant time in the water, and his ambition was primed with a possibility that launched his competitive career. “I was pretty close to the national record and was told I’d be the fastest 10-and-under in the history of the world.” 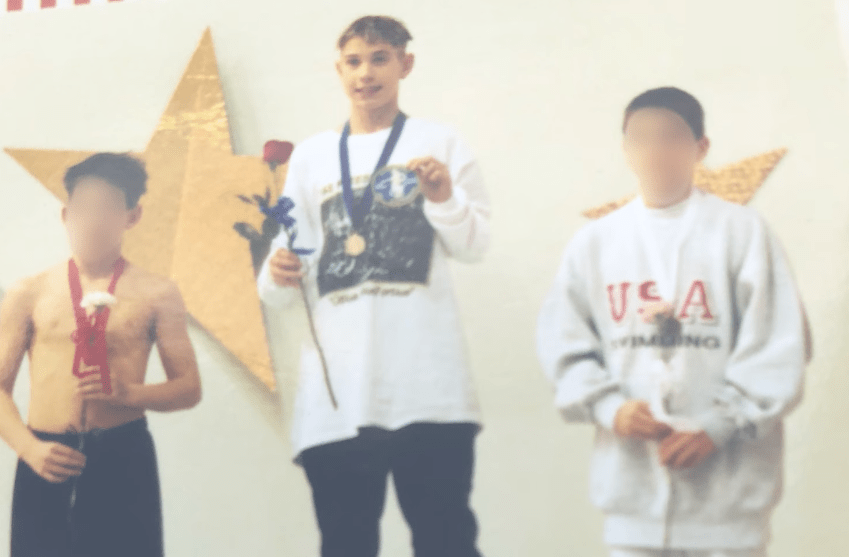 With this compelling forecast, he had his first record win—and it was enough to give Matt a small taste of what it might be like to be the best at something. Matt remembers, “It was amazing. It was everything I thought it would be.”

Reveling in the excitement and a natatorium bursting with cheers and applause, he decided he wanted to experience that same feeling again—but at the highest level. From that moment, an Olympic dream was born.

Skill can only get you so far—passion is the true key to success. And as Matt continued to grow into his potential, his high school experience was integral in shaping his love for the water. Next to his team, he found new ways to train and have fun in the water. And that’s when he really started getting better. “That’s why I got faster,” he says. “I found the love.”

When he found his true passion in the sport, everything changed. “That’s when I think an individual can really take off in their sport or their career,” Matt continues. “When they find an appreciation for what they’re doing, then they’re fully invested, fully bought in, and ready to take off.”

Swimmers spend hours upon hours submerged in the water. In fact, Matt says, “I keep a record of my workouts and am one of few people in the world who can say that I’ve swum the distance around the world throughout my life and career.” Weightless and in his element, he uses this time to hyper focus on technique, making small adjustments that translate to his performance. “I focus on something I’m trying to improve and I put 90 percent of my brain there,” Matt says. “I can swim mindlessly, but I rarely do it.”

During the 2008 Summer Olympics in Beijing, Matt won two gold medals as a member of the 4×100-meter freestyle and medley relays, and a silver medal in the 100-meter backstroke. He describes this 2008 experience as pure. “No one expected me to make the Olympic team. But I was just happy to be there.” 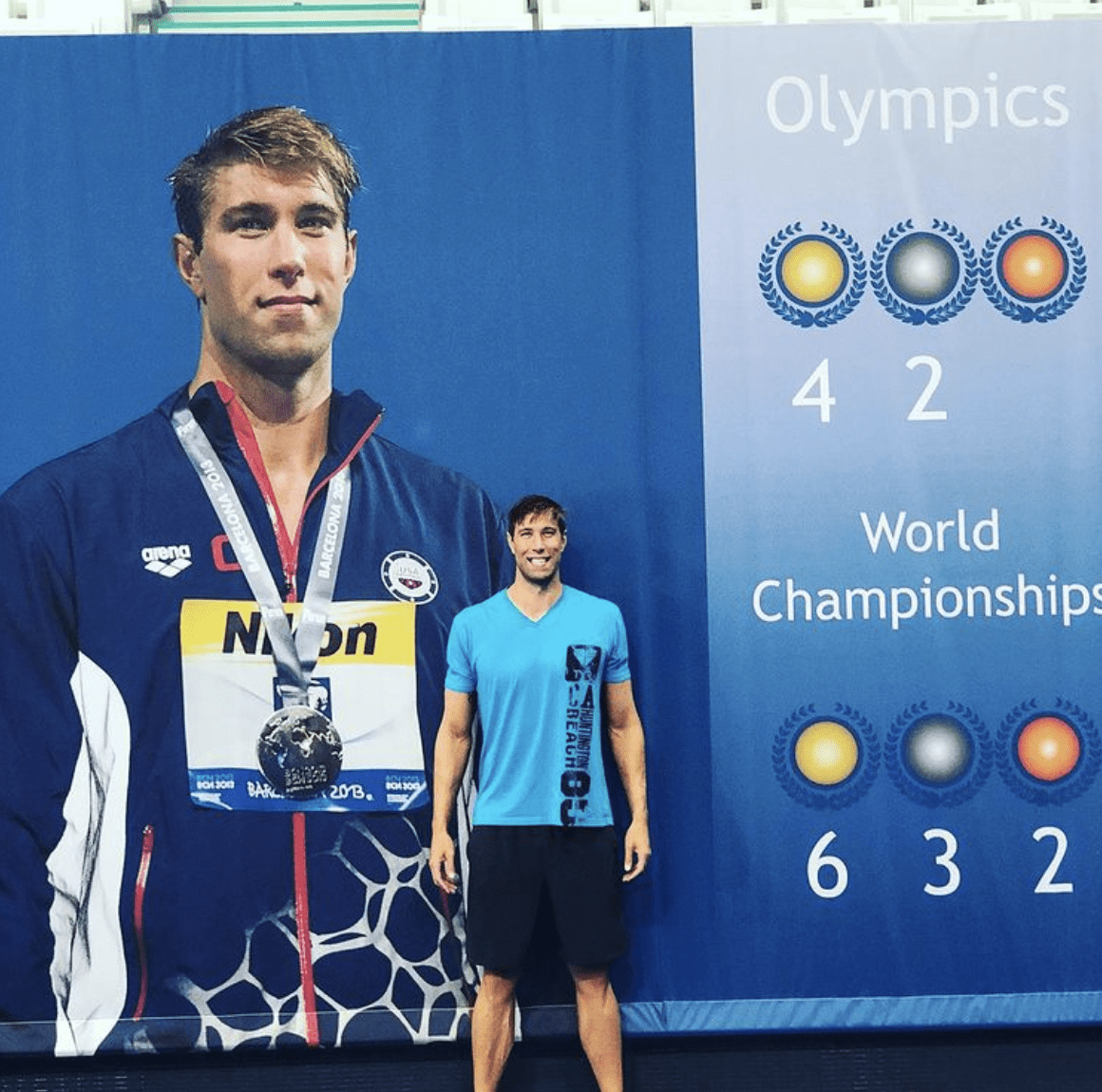 But returning to the Games four years later in London, he says, was business. “I had something to prove there,” says Matt. “It was getting down to business. I’d won silver in 2008, and now I wanted to get gold.” And he succeeded—he walked away from the 100-meter backstroke with a gold medal.

Mental toughness is common in most high-performing athletes. And his incredible ability to balance pressure and hard work, and practice mental resilience has proven effective in creating a remarkable career. With hopes of making his third team this summer, Matt fell short during USA Swimming Olympic Trials early this month but has no regrets with how he performed. As a seasoned competitor, he’s prepared for whatever happens as he continues to glide into the next phase of his journey.

Train to Win. Train to Lose.

Many athletes had to deal with postponing training due to the global pandemic. For Matt, this meant taking his first break from training in 30 years.

“I haven’t taken more than a couple weeks out of the water since I was five or six years old,” he says. “That amount of time out of the water, for me, was tough. I worked hard for this moment—especially after missing the Olympic team in 2016.”

Matt’s pursuit of his lofty goals is fueled by the expectations of both himself and those around him. “So many people believe in you or don’t believe in you, and it’s interesting how that affects you and your confidence. If you’re called the next Michael Phelps, you’re now expected to live up to this incredible standard.”

After leaving the 2016 trials, Matt was forced to return to the water to stay in shape. He admits he wasn’t prepared to miss his chance on the 2016 Olympic team, but he found relief in the pool. Instead of training for the Games, fitness, or to maintain his physique, he jumped back in for a different reason. 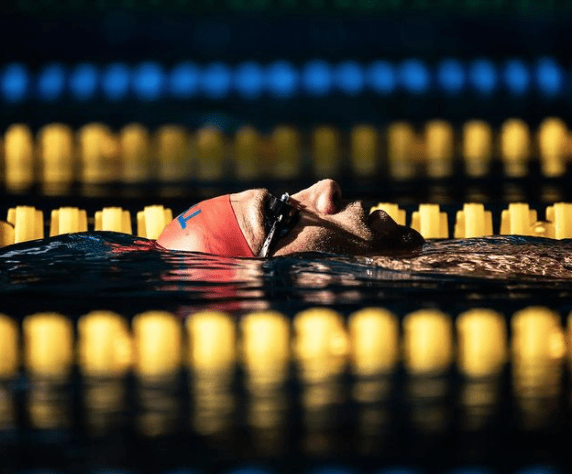 “I like the quietness of the water—the weightlessness and coolness,” Matt says. “I didn’t realize I loved all of those things so much. I started needing it. I almost needed the smell of chlorine, which was crazy.”

Returning to the pool acted as much-needed therapy. Then, at the FINA World Championships the following year, he won second place in the 100-meter backstroke. And for his leg of the 4×100-meter medley relay, his time was the best in the world for 2017.

Though he has every right to call out his incredible accomplishments, he’s humble and soft spoken as he recalls a new way he’s approached competing over the last few years. “When you walk out on the deck, instead of feeling super anxious, thinking, ‘Oh my gosh, I hope I perform, I hope I make my sponsors feel good. Don’t let anyone down,’ I can compete confidently knowing everyone supports me.” And armed with appreciation and love of the sport, he finds joy in competition.

Outside of the pool, Matt enjoys his home life. He lives in Arizona with his wife, Annie, and two young daughters, Skylar and Gracie. His transition into fatherhood was hard at first, but he’s found ways to balance his worlds. “When swimming isn’t going great, when I have a hard practice, I get to come home and be a great dad,” he says.

And as his kids grow, it’s important they share in his achievement. “I think it’d be cool for my girls to see daddy on TV or have them at meets and trials. They’re wonderful, and I’d like to swim well for them. Hopefully they find pride in that.” 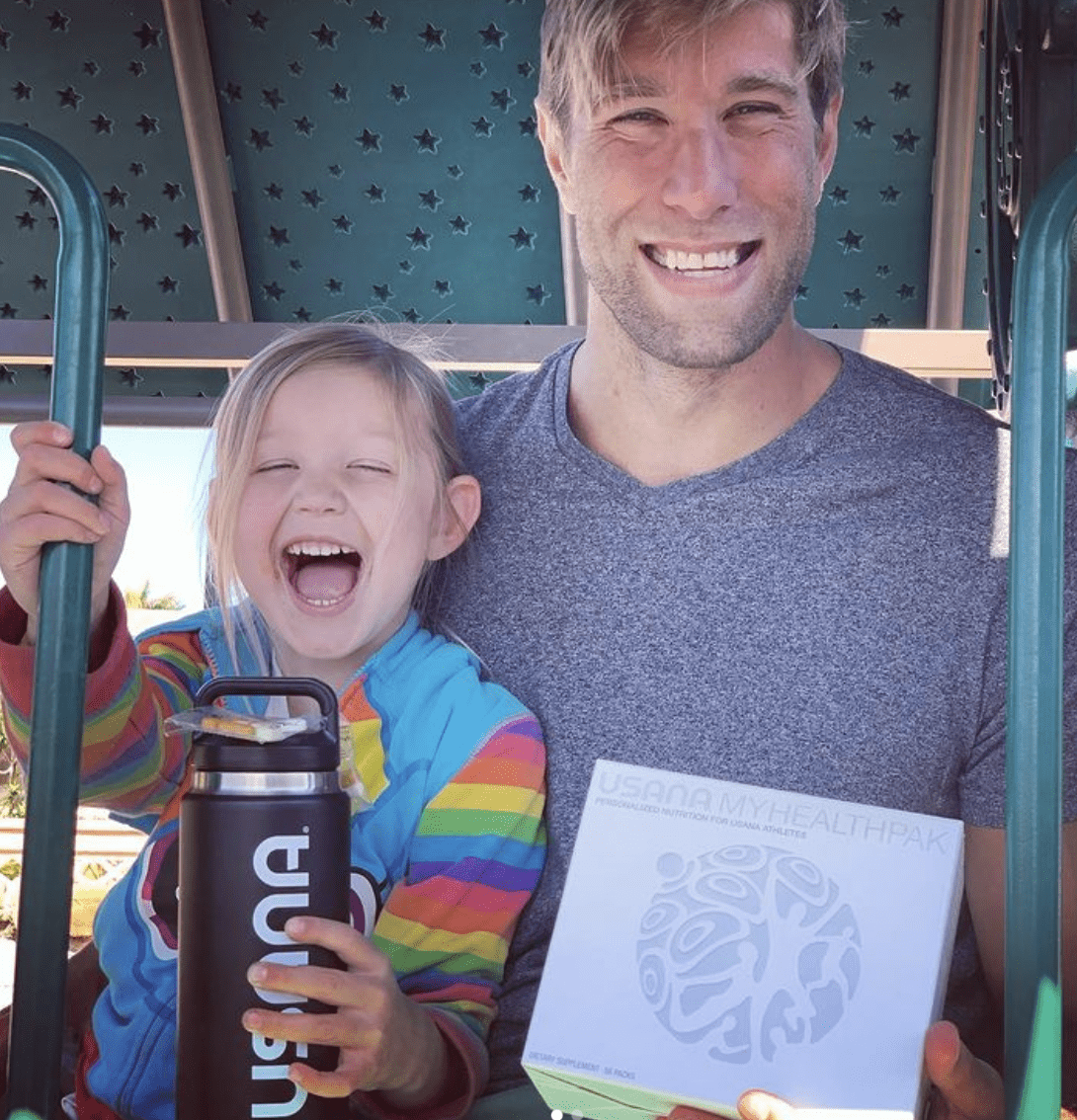 With a successful career in in real estate, he looks forward to giving back and has set his sights on potentially starting a swim school one day. He hopes to be part of preventing drownings, one of the leading causes of accidental death. “It’s so preventable,” he says, “if there’s any way I can help kids learn how to swim and shrink those numbers, saving even one life is massive.”

Matt also enjoys traveling to participate in swim clinics. “It’s my opportunity to get people excited about swimming so they can reach their own goals—and sometimes it’s even helpful for coaches.”

Professionally, he intends to keep swimming. “If the pandemic taught me anything, it’s to always be prepared for the next opportunity,” he says. Expect to see him speeding into a successful future. It’s probably fair to say he’ll always make it back to the water.

Why do you trust USANA: The products are NSF-certified. Knowing what’s on the label is what you’ll find in the bottle is huge. And I need it. Being older training at the level I’m training, I need supplemental nutrition.

What are your favorite USANA products: USANA HealthPak, BiOmega for my joints, and Mineral Calm as a hot tea to support healthy sleep.*

What’s on your current playlist: It’s always different. Anything from System of a Down and Korn, to Kygo (tropical house music), to fun., and The Lumineers.

Where is your favorite place to compete: London. It’s not fair, but being in an English-speaking country is huge.

Biggest motivator: To be the best. I found my thing—I’m not going to be the best at anything else.

What are you currently reading: The Stormlight Archive series by Brandon Sanderson. Fantasy is a great way to disconnect at the end of the day.

What are you playing: World of Warcraft. I enjoy the escape, improving my gaming skills, and staying connected with friends.