March. A month filled with moustaches, madness and the Winter Corporate Games.

Now, some of you might be asking yourself, “Corporate Games? What’s that?” Well, let me explain.

Essentially, it’s a chance for companies all over Salt Lake to compete against one another through a variety of activities (basketball, Scrabble, bowling, etc.), over a two-week period.

As stated on the Salt Lake County site, the Corporate Games are comparable to the Olympics, companies to different countries, and employees to athletes, volunteers and spectators. Really, it’s another opportunity for USANA employees to display their talents.

Which is exactly what they’ve been doing.

If you follow the NBA, you know that All-Star weekend recently took over Orlando and that the best from West and beasts from the East came together to celebrate the game of basketball in all of its beautiful glory.

You might also know that Utah’s very own Jeremy Evans won the most boring dunk contest to date. That Kobe Bryant surpassed Michael Jordan to become the all time All-Star Game leading scorer, and that Kevin Durant was named the game’s MVP after dropping a game-high 36 points.

However, one thing most of you didn’t know — until now — is that USANA has it’s very own set of elite athletes and that while the NBA’s weekend showcase came to a close, USANA’s men’s basketball team was only just preparing for their big debut. 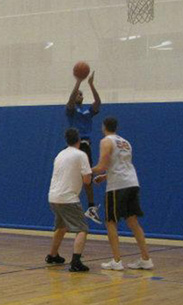 Last week the six-man team entered the double elimination tournament alongside 16 other companies. The rules were fairly simple: It was a “make it, take it” scoring system and the games went to 24 points or 15 minutes, whichever came first.

The group quickly began the night with a 24-13 win over Salt Lake County to move further up the bracket. An hour later, USANA faced Pinnacle QI and quickly dominated the paint, outscoring the competition 25-3, within the first eight minutes of play.

Next, USANA matched up against the undefeated OC Tanner 2 squad, who gave them a run for their money in an evenly matched game. After exchanging buckets for several minutes, USANA pulled ahead, defeating their opponent in a 24-17 victory. 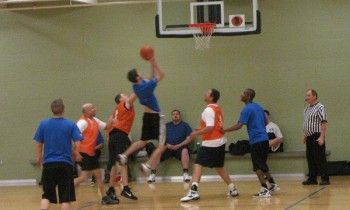 Down 15 points in the semi-final game, USANA made a 17-0 run to overcome GE Healthcare 3. By taking control of the boards and increasing their defensive game, they were able to move on to the championship round with a dramatic 24-21 win.

In the championship game, USANA faced Pinnacle QI for the second time and quickly fell behind 18-3. After a quick time out USANA rallied 17 points to take a 20-18 lead before exchanging baskets with Pinnacle. Holding their opponents to 22, USANA secured their sixth consecutive win, 24-22.

The team left all they had on the court — including some of Dan Whitney’s blood after a hard foul — and walked out of the gym with their heads held high and gold medals around their necks; all while exuding a sense of USANA pride. 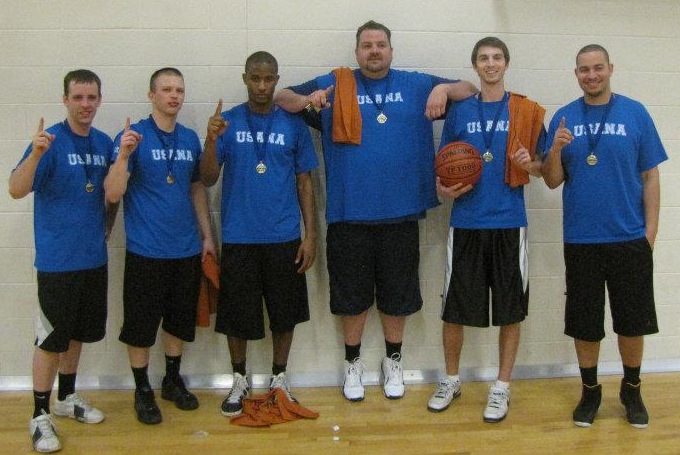 Monday night, the USANA coed basketball team also took to the court with hopes of winning first place and to continuing what the men’s team had started the week before. 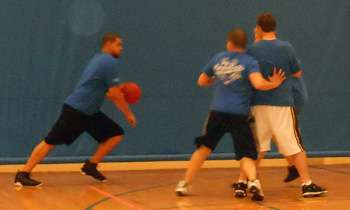 The tournament rules were the same with the exception of two things.

Regardless of the changes, USANA was ready to take on their first opponent and did so with ease, quickly defeating Ultradent, 24-15, before facing Salt Lake County (A) in the second round. After exchanging several field goals, USANA took control of the paint to defeat SLC(A), 24-19. 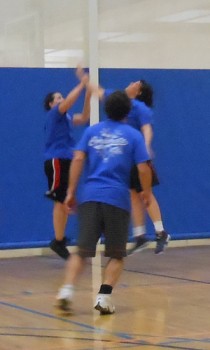 Next, the group matched up against Extend and quickly took the lead, using their height advantage to outscore their opponents inside the key. Unable to keep up the momentum they started the game with, USANA soon fell short and suffered their first loss of the tournament, 24-20.

Forty-five minutes later, the squad stepped back on to the court to prove they were worthy of gold and faced Salt Lake County (B) in the semi-final round.

Down 8 points in the first few minutes, USANA began driving down the lane to quickly take control of the game. Tied at 22 points and the ball in SLC(B)’s possession, USANA stepped up their defense and soon got the steal, converting it into an easy lay up for the win.

Making it to the final round, USANA faced Extend for a second time and won the game off a pair of free-throws, 24-22. However, due to their loss earlier in the evening, USANA had to defeat Extend twice for the title and the second game was soon underway.

Giving everything they had, USANA quickly took the lead and never looked back. Holding Extend to single digits, USANA was named the coed 3-on-3 basketball champions with a 23-8 victory. 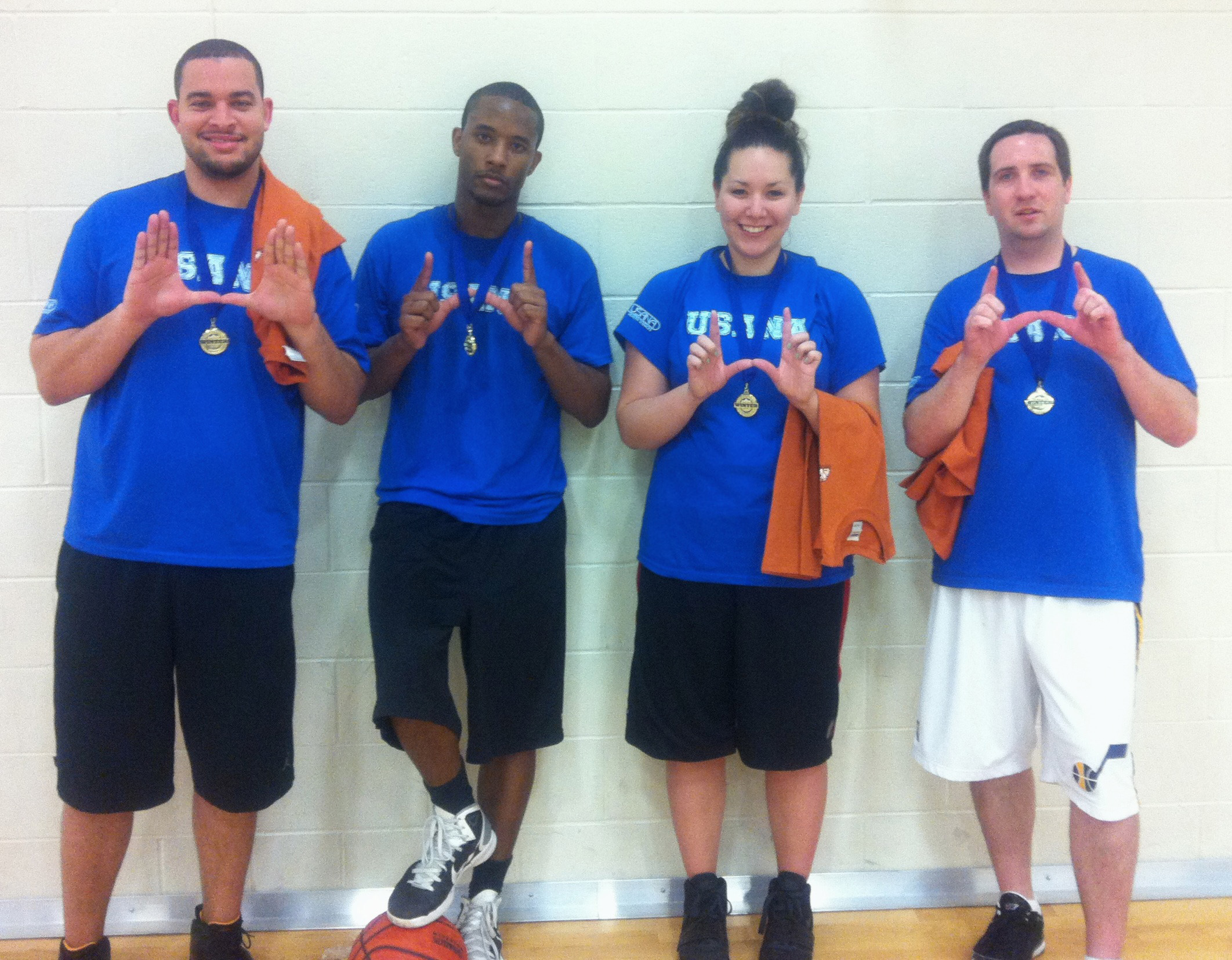 So there you have it, sports fans.

Maybe it was purely skill that each athlete displayed on the court that secured first-place titles for both teams. Or perhaps USANA’s advantage came from the USANA Nutrition Bars in between games to help keep their energy levels up.

All we know is that USANA = Total Domination, on and off the court. And that just maybe, the proof really is in the pudding … or rather, nutritionals.

A follow-up post covering how the rest of the USANA teams did in their respective sports/activities, is coming soon. In the meantime, click here for more information about the Winter Corporate Games!