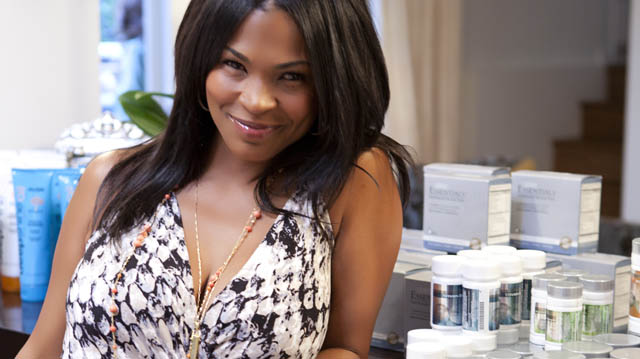 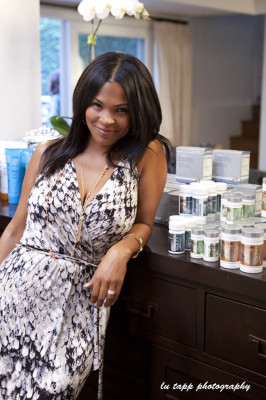 Add to this impressive list, her outstanding, award-winning work in independent films, and it’s hard for Nia to pick a favorite.

“All of them are my favorite for different reasons — working with great talent and making new friends on each,” she explains.

In conjunction with her busy career, Nia spends much of her time serving her community. She mentors and serves as a board member for the HerShe Group — a non-profit organization devoted to the development of young women in foster care. She has received numerous awards for her philanthropic work.

But Nia’s most important role is that of mother. She has a 10-year-old son named Massai, and gave birth to another beautiful baby boy, Kez, in November of 2011.

“I make sure to put family first and always try to be a great example to my children by giving back and working hard,” she says.

Setting an Example for Health

One of her many great examples is great health. “It is a very important part of my regimen and I am making sure that my sons learn about it as well,” Nia says.

She says she keeps her kids moving: “Massai loves to play baseball, but we go hiking and are always keeping active.”

Nutrition also plays a key role in Nia’s life. She confesses, “We eat as a family, very healthy. Although we cheat sometimes, veggies and fruits are a must.”

USANA helps Nia and her family stay on track.

“I was first introduced to USANA from my girls at Good Carma Studio and have not stopped using the products since. I love BiOmega and the Essentials!” she exclaims.

Every leading lady wants a top-notch support cast, and USANA is that for Nia.

“I have more energy and get-go since I started taking USANA,” she says. “Especially having a 5-month-old. I have been looking to get my body at optimum health.”

Just one more attestation, that USANA is helping Hollywood to shine even brighter.