As one of the 57.4 million people who play fantasy sports, I count the days until so-called “draft season.” I completed my first of five live fantasy baseball drafts a couple weeks ago. When I wasn’t “on the clock” to add another player to The Bryzzo Show roster, I compiled a list of 5 business lessons learned playing fantasy sports over the years.

Fantasy sports aren’t all fun and games. They’re big business—a $32 billion industry, in fact, according to the Fantasy Sports Trade Association. Playing for more than 15 years, I focus exclusively on baseball and football. I even wrote my master’s thesis on the origination of fantasy football.

That sport, which began in the 1960s initially as a way for sportswriters to pass time on long road trips, is the crowned king of fantasy. But as a big baseball fan, I’ve always favored the Rotisserie style fantasy baseball game, which came along in 1980.

When pitchers and catchers report to Spring Training in mid-February each year, I know draft season is just around the corner. The fantasy sports  activity gives fans the opportunity to create and manage their own team. You’re the general manager (or owner) of your own business, essentially (without having to fork over the billions of dollars to purchase a professional franchise).

And with that, here are 5 business lessons learned playing fantasy sports.

Baseball games are played every day from April through September. It’s vital that you pay attention. Keep a close eye on your own team and players, but also monitor what other owners are doing. See who’s available on the waiver wire—he could be the missing piece that leads you to a championship.

2. Keep Your Eyes on the Prize

It’s a long season. If your team starts out slowly, you might be tempted to make knee-jerk roster moves. Don’t panic. You did the work to prepare for the draft; trust in your research and give your team time to demonstrate its value.

Injuries happen, but it’s how you handle them that can mean the difference between hoisting a championship trophy and wallowing in defeat. Roster management is crucial and the ability to slot a replacement can come in handy when your No. 1 draft pick goes down with a season-ending injury.

The Bryzzo Show preparing to draft.

Prepare. Research. Understand the rules of the league. When draft day arrives, you’ll know exactly how you need to build your championship team. That said, don’t be so stubborn that you won’t tweak your strategy on the fly. Every draft is different and if a bunch of first basemen are being drafted earlier than expected, factor that into your overall plan.

Your team, as it stands, might not be the best it can be. It’s important to keep an open dialogue with other owners in your league to understand what their needs are and how they might be able to help you fill a hole in your lineup.

Take these business lessons learned playing fantasy sports and apply them to your professional life. As for me, here’s hoping Kris Bryant can repeat his MVP season and lead The Bryzzo Show (and the Chicago Cubs) to another championship. 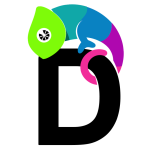