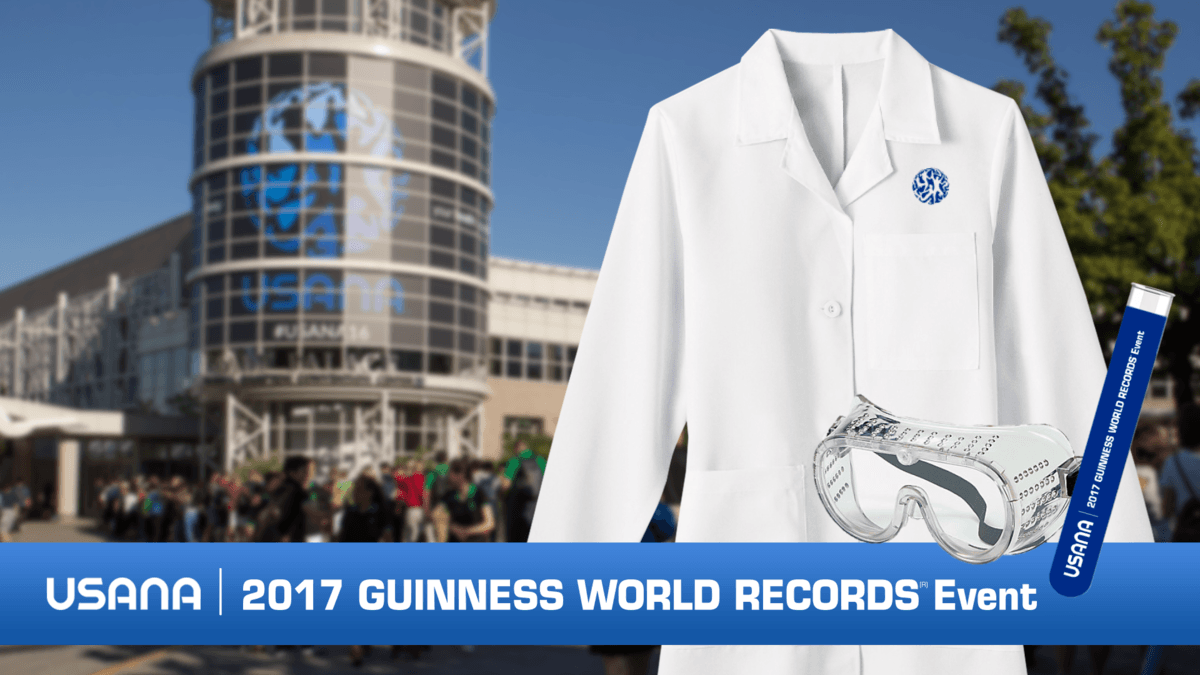 For a quarter of a decade, USANA has led the way when it comes to scientific research and developing high-quality nutritional supplements. Its products and processes have been welcomed by consumers worldwide, received more than 500 accolades and have earned the trust of thousands of elite and professional athletes around the globe.

That being said, as we reflect on 25 years of USANA this year, we thought it would be fun to pay a special homage to our scientific roots in another world-class way.

Come and be a part of history as we attempt to set a GUINNESS WORLD RECORDS® title for “Largest Gathering of People Dressed as Scientists” during USANA’s International Convention! All you have to do is show up to USANAfest, located at 300 W. South Temple, Salt Lake City, at 6PM on Wednesday, August 16 and wear the following three items (we’ll handle the rest):

Register in advance and purchase the official, pre-packaged USANA branded costume with the above items for $15, or on-site for $20. Oh, and did we mention that 100 percent of the proceeds will benefit the USANA True Health Foundation? Because it does.

So, invite your friends and family and help celebrate 25 years of USANA! 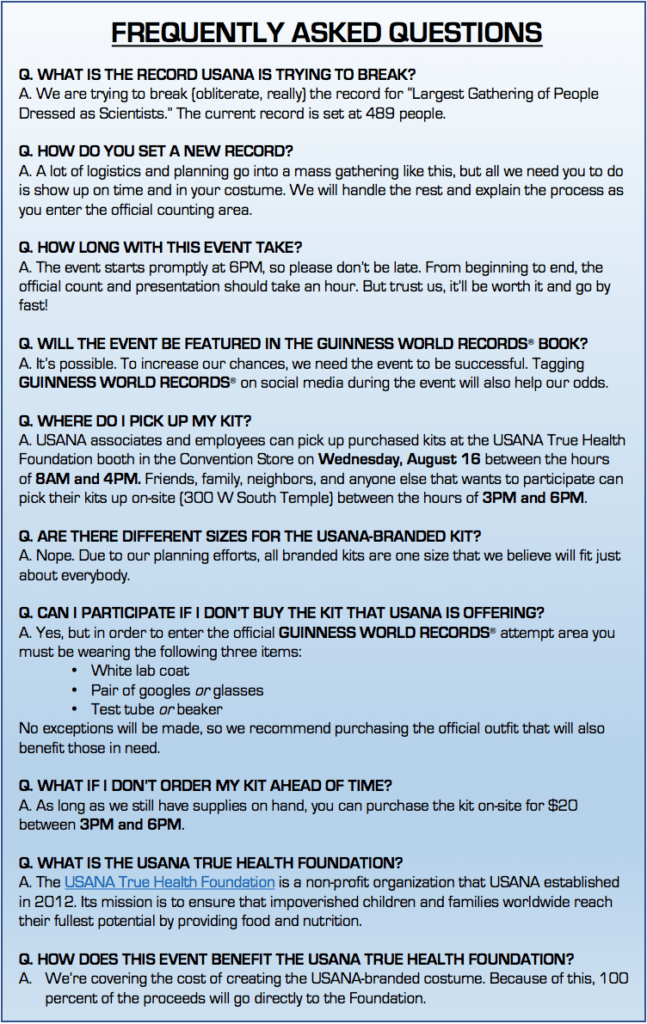