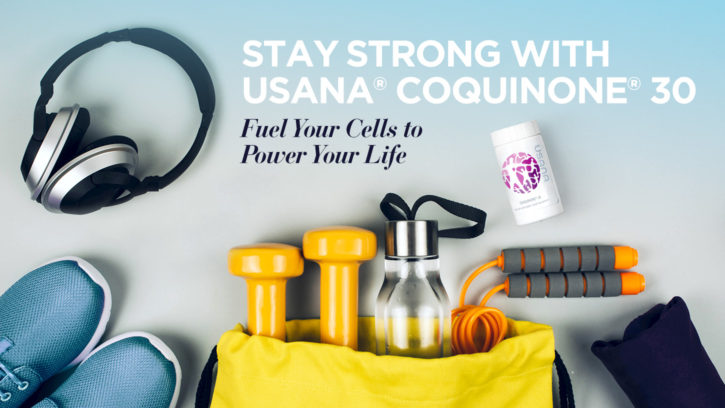 Every summer before driving to my grandparent’s cabin in Lake Tahoe, my father would take time to make sure the family car was running in tip top shape. He’d make sure the spark plugs were gapped correctly, the oil was changed, and the tires properly inflated. He knew the last thing we wanted was our van breaking down on the road, or under-performing on the long road trip.

Thinking of my father, I realize he was a lot like that van: big and tough and always ready to take care of the family. As he’s gotten older, he’s still reliable but has slowed down a little bit. That’s why I asked him to take a look under his own hood and see if he’s following the best diet and getting the right supplements. 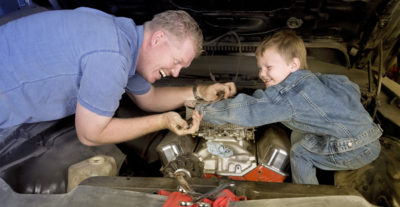 Because Father’s Day is around the corner, I suggested to my dad that he should get his own tune up and make sure he’s running just as good as that old van with USANA® CoQuinone® 30.

The food you eat doesn’t magically turn into the energy your cells burn. Even after a trip through your digestive tract, your cells still require quite the process to make energy out of the stripped-down food molecules. In fact, there are full textbooks on this subject.

Basically, think of it as a bucket line for transferring energy. Coenzyme Q10—one of the main ingredients in CoQuinone 30—holds down one of the positions on the line. It helps shuttle energy (in the form of electrons) created when your cells break the bonds of the food molecules from your diet. 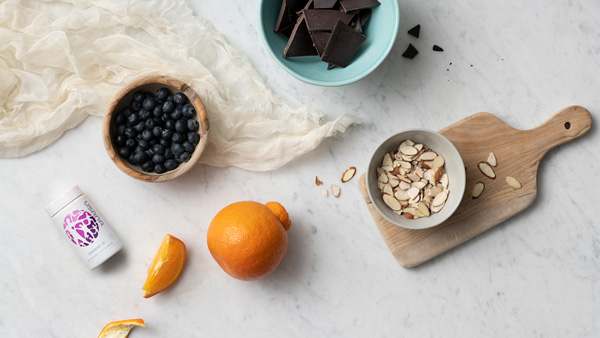 Wherever your cells create energy, you’ll find Coenzyme Q10. Which is, basically, everywhere. That’s probably why it’s a member of the “ubiquinone” family of molecules. If this reminds you of the word ubiquitous, that’s exactly what scientists were going for.

When you’re young, the ubiquinone moniker makes a lot of sense. CoQ10 is plentiful. But it doesn’t last forever. In your twenties, you hit your peak levels. When you’re in your eighties, the levels of Q10 in your cells has dropped by more than half. That’s where a supplement like CoQuinone can help maintain healthy energy levels as you get older.*

Look for CoQ10 Where the Work is Being Done

ATP (adenosine triphosphate) is one of the most important molecules in your body. It’s your cellular fuel. And you’ll find a lot of it in the places where your body expends the most energy. That’s also where CoQ10 is most concentrated—due to its role in energy production. The most obvious energy users are important, hard-working organs like your pancreas, liver, kidneys, and, especially, your heart.*

Take care of your heart and your heart will take care of you. The Coenzyme Q10 in USANA CoQuinone 30 helps maintain good heart health and support your overall health. Feel your wrist. That’s the evidence your heart is working hard for you—pumping oxygen and nutrients to your body. Maintaining adequate levels of CoQ10 helps support heart health by aiding in energy production.*

Energy isn’t all CoQ10 is good for. It also helps maintain a healthy heart through its interactions with cholesterol. Studies have found ties between the powerful coenzyme and maintaining healthy levels of cholesterol, as long as they’re already healthy. This works because CoQ10 helps protect LDL (the bad cholesterol) from oxidizing. That way it is less likely to become a nuisance to tissues around it.*

Your heart isn’t the only muscle that needs CoQ10 to stay strong. Because CoQ10 is a powerful antioxidant, a daily regimen of CoQuinone 30 can support the way muscles metabolize carbohydrates and lipids. From your delts to your gluts, your muscles need energy to keep you moving.* 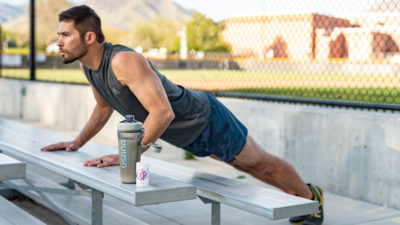 A lot of your Coenzyme Q10 is busy making energy. But any extra you have is used as antioxidant protection. That’s because CoQ10 loves electrons. Its ability to give or take electrons helps it support healthy cellular protection. Coquinone 30 also contains alpha-lipoic acid—another powerful antioxidant. On its own, it helps neutralize free radicals. It also helps your cells make more glutathione (an amazing antioxidant molecule). Both of these roles help keep your cells happy and healthy.

Coenzyme Q10 and alpha-lipoic acid work together really well. That’s why they’re paired up in CoQuinone 30. They act as a double team of antioxidant protection. And alpha-lipoic acid directly lends a helping hand by promoting CoQ10 recycling in your cells.

What good is it to have a powerful CoQ10 product if your cells can’t readily absorb the compound? Absorption is the process of assimilating substances into the cell. CoQuinone 30 is made in a highly absorbable form to help replenish your cells’ stores of CoQ10 and support the energy production you need for your active life.* 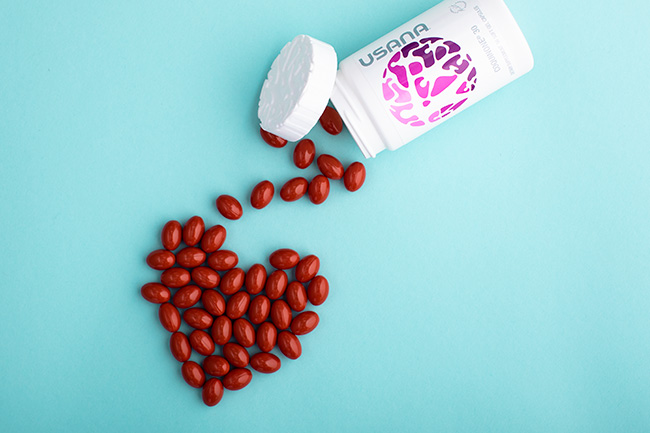 Keep on Trucking with USANA CoQuinone 30

If you have a father like mine who takes pride in maintaining his vehicles, you’ll want to take care of him with USANA CoQuinone 30. Formulated with 30 mg of Coenzyme Q10 and 12.5 mg of alpha-lipoic acid per soft-gel capsule, it’s the boost he needs to keep running strong.

So, the next time you head over to help your dad change the oil in that old car, bring over a bottle of CoQuinone 30. He’ll thank you later.