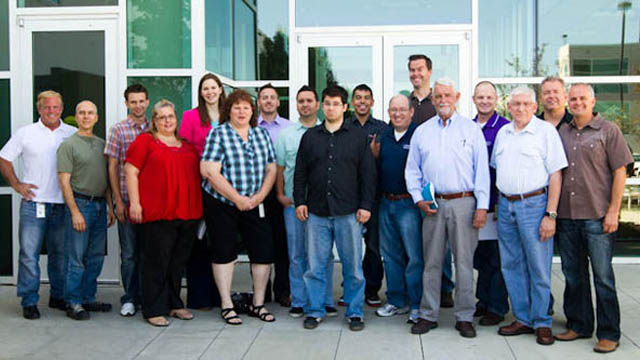 Let me just start by saying that USANA Studios is a pretty cool place. Not to pick favorites, but seeing the sound stages, editing bays, and recording studios all tucked away in the heart of USANA’s Home Office was extremely interesting.

It takes a lot of high-tech equipment to support the creativity that fills USANA Studios.

This group creates all the video and audio projects for the company, such as sales tools, prospecting videos, internal communications, product launches, recognition projects, and the LifeMasters audio series. 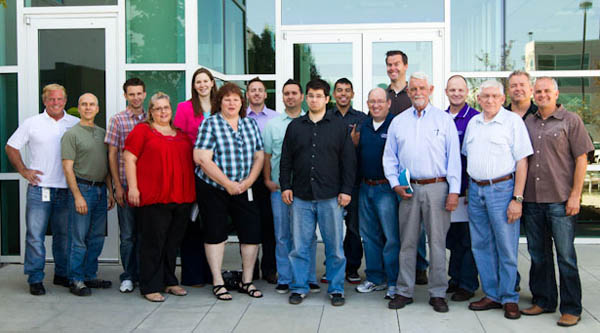 It Wasn’t Always This Way

You might be asking yourself why USANA chooses to produce all these things in-house, rather than hiring an outside company. Actually, USANA Studios began as its own, separate business.

Back in 1993, USANA Studios was known as FMG Productions, a small production company owned by Kevin Guest and Shawn McLelland, now USANA’s president of North America and Europe and vice president of studios and events, respectively.

This was also the year USANA decided to hold its very first Convention, and they hired FMG to assist with the production. Though the event, which was held in Park City, Utah, wasn’t quite what we’re used to today, it was still considered a huge success. And from then on, a partnership was formed, and USANA became FMG’s biggest client.

In fact, USANA was more than a big client to FMG — they were their main one. And as the years passed, this became more and more evident. With the growing production demand from USANA, along with Kevin and Shawn’s close ties to Dave and Dr. Myron Wentz, USANA purchased FMG Productions, changed the name to USANA Studios, and constructed a studio for them in USANA’s corporate office. 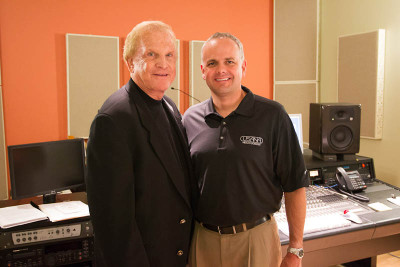 Now, USANA has an edge on the competition because of its in-house production capabilities, which attract some of the most talented editors, producers, directors, event coordinators, and sound technicians in the business.

USANA employs 16 talented individuals through USANA Studios. Here’s a closer look at what each one of them does on a day-to-day basis. 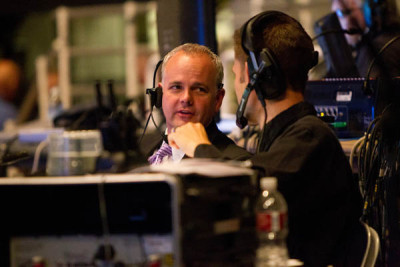 Shawn is the visionary for USANA Studios, and he’s great at keeping the group focused on producing quality material that’s streamlined with the overall goals of USANA. But when it comes to Convention, he’s the guy working the main stage.

You know, the huge one that — come this August — will see the likes of Larry King, Dr. Christiane Northrup, Dr. Mehmet Oz, and USANA’s own Dave and Dr. Wentz. It’s a big task, since he has to keep people — both on and off stage — engaged and entertained.

Brad is sort of “the big picture guy,” or the logistics person — he thinks about the where, when, what, why, and how. And his “event services” responsibilities don’t end with Convention. In fact, he’s traveling most of the year, attending almost all live USANA events to ensure a smooth, successful meeting and to take notes for the next year’s improvements.

Bill is a true project manager, overseeing many of the “behind-the-scenes” responsibilities. One example being his biggest task: localizing every project that Studios creates. Bill ensures every project is available and compliant for every market (or its intended one).

Brian is over the entire “look and feel” of Convention and other main events. He organizes what videos need to be filmed and determines all the creative needs for each shoot. Making sure the audience (and USANA) gets what they want out of the show is his main concern. 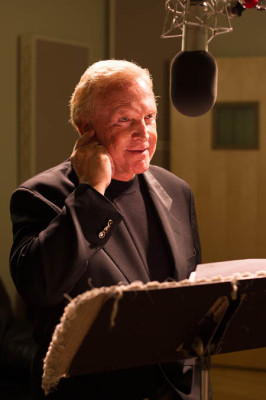 Denis Waitley using USANA Studios to record one of his many motivational speeches.

Details, details, and details! That sums up Jennifer’s job. She’s in charge of agendas and enforcing deadlines, and she keeps the entire team running like a well-oiled machine.

These guys call those recording studios and editing bays their offices. But they’re not watching movies all day — they’re creating them!

At any major USANA event you’re guaranteed to see Mike or Audrey acting as Brad’s boots on the ground and addressing event needs then and there. These two can list the dimensions of any room, stage, or hallway in the EnergySolutions Arena or Salt Palace off the top of their head.

To call LaMar “the sound guy” doesn’t do him justice. This guy is a pro when it comes to creating, recording, and editing audio in the studio. He also designed most of USANA’s recording studios and production sets.

The producers say what they want at a shoot, and Melina makes it happen. That means hiring talent, scouting locations, finding costumes, and attending to the countless details required of USANA Studio’s quality productions.

There You Have It

Now you know what USANA Studios is and why they’re a key part of the company. Keep up the amazing work, USANA Studios. We can’t wait to see what’s next!

Oh, and here’s a hot tip: If you want the inside scoop, be sure to follow @USANAStudios on Twitter. You never know what behind-the-scenes goodness you’ll see.