The Health and Happiness Summit with Dr. Mehmet Oz proved to be nothing short of spectacular.

It’s difficult to quantify the sheer amount of wisdom shared on one stage over the course of 3 1/2 hours on Saturday afternoon.

World-renowned health and happiness experts — including USANA’s own Dave Wentz and Dr. Myron Wentz — informed and entertained a crowd of 6,000 at the esteemed Radio City Music Hall. 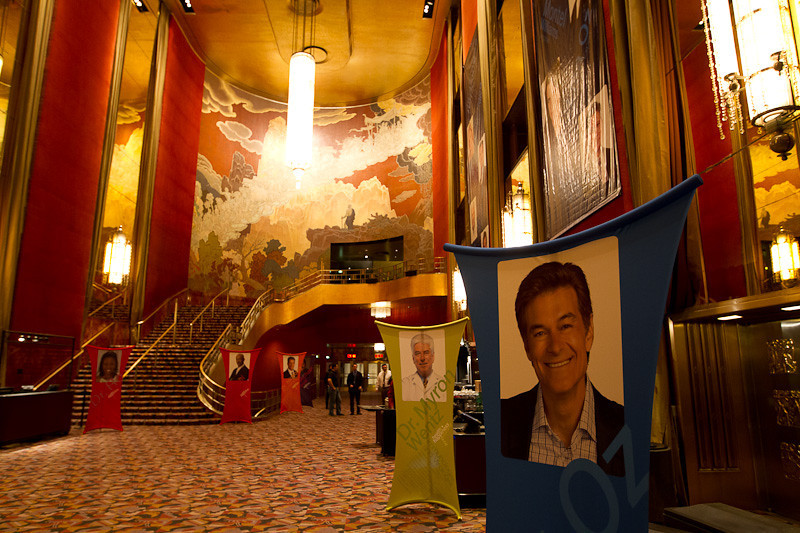 You couldn’t help but appreciate the history of this 80-year-old venue. The ornate and spacious lobby evokes a sense of grandeur. Walls are lined with famous faces who have performed on the historic stage. 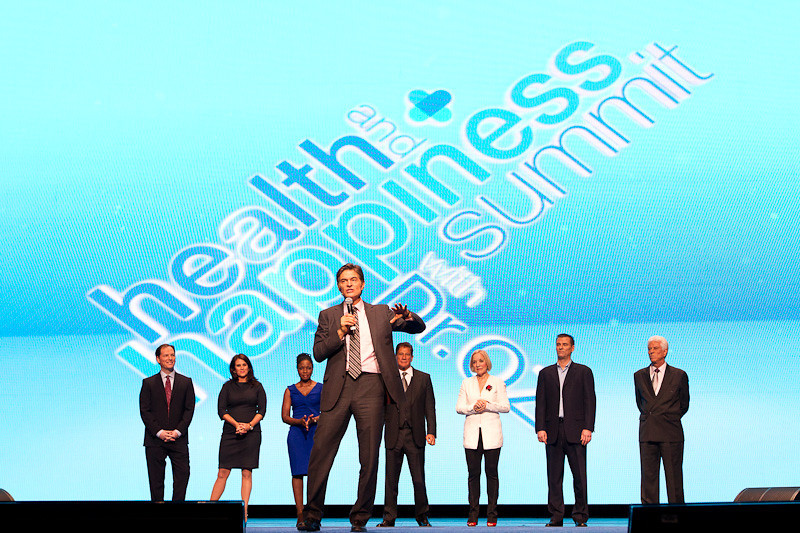 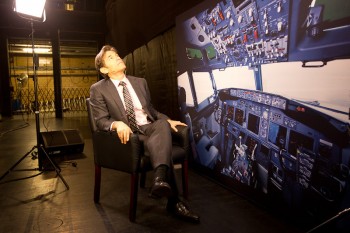 Seeing the inner workings of the mammoth stage — complete with “elevators” that rise from the basement and create some dramatic entrances — was really cool, too (see Kelly Branan’s video clip of Dr. Oz rehearsing the opening).

And now USANA was about to make its mark on the venerable theater.

Pre-show festivities included an exclusive meet-and-greet with Dave, Dr. Wentz, and Dr. Oz backstage, followed by a lavish reception for members of the Founders Club, a key group of USANA Associates that provided invaluable support for The Healthy Home. 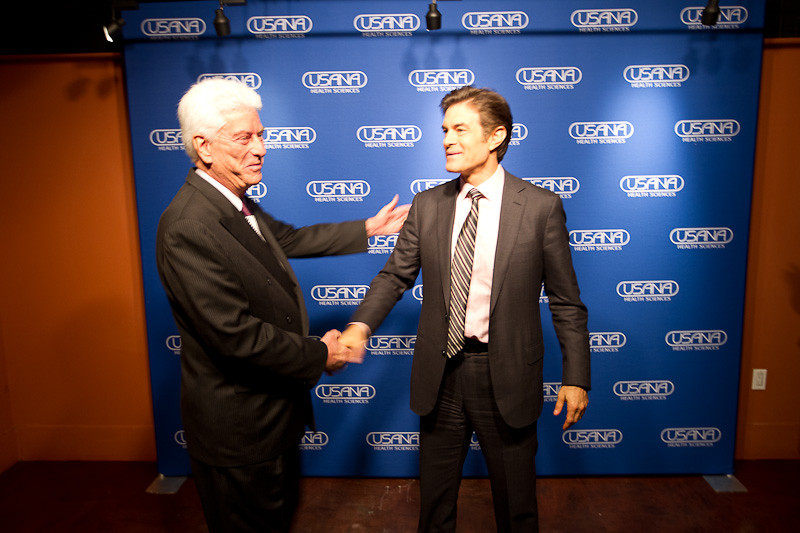 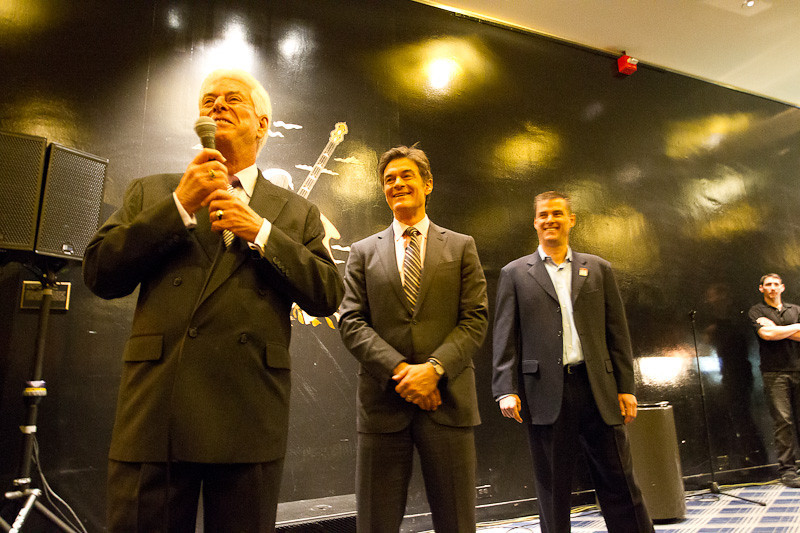 From there it was off to a press luncheon in which top-tier media from national publications arrived to talk with Health and Happiness Summit speakers. Keep an eye out for articles featuring interviews from this event.

Having the opportunity to visit the Roxy Suite — the site of the press luncheon — was a real treat. I just kept thinking about all the legendary performers who had stepped on the same carpet, sat in the same chairs, and dazzled sold-out crowds on the nearby stage.

The pre-show events were special, but they proved to be no match for the main event. 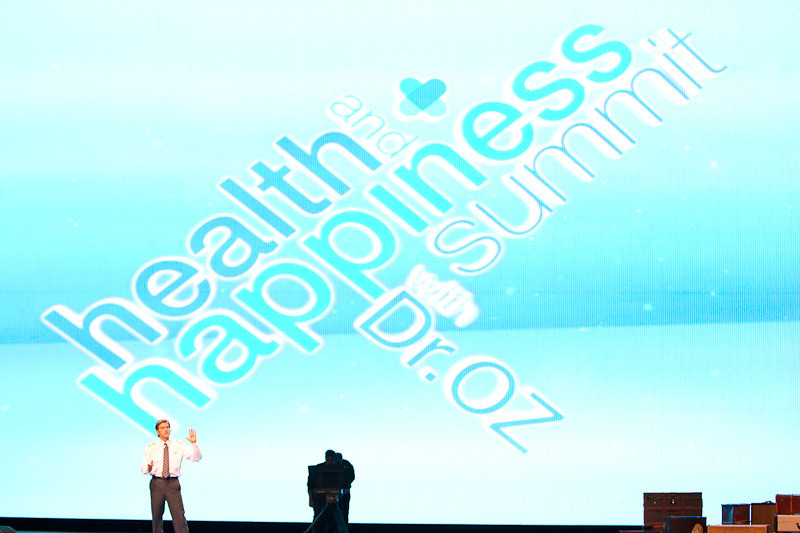 On with the Show

The opening likely will be talked about for quite a while. The massive video screen, which stretched from one end of the stage to the other and nearly to the ceiling, projected “Captain Oz,” who was about to take the crowd on a journey — Destination: Health.

As Dr. Oz started talking, one of the in-stage elevators began rising. While the energized crowd watched the screen, the host suddenly appeared live on stage in an entrance fit for a rock star.

The theme — and the cool factor — carried throughout the show with creative vignettes tailored to each speaker’s specialty replacing typical voice-over introductions.

We’ve listed the lineup of speakers previously — and it’s an impressive list. But I failed to fully comprehend the magnitude of the event until I saw it for myself. One expert after another enlightened the sold-out crowd. In a word: Outstanding. 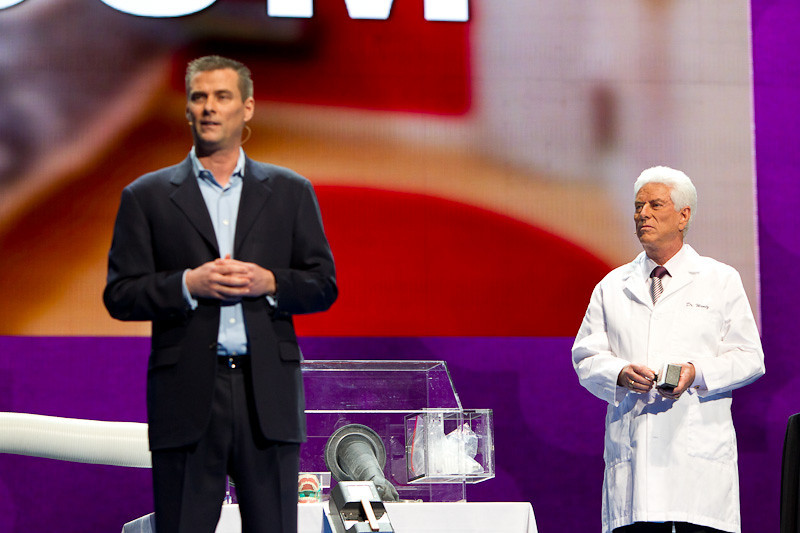 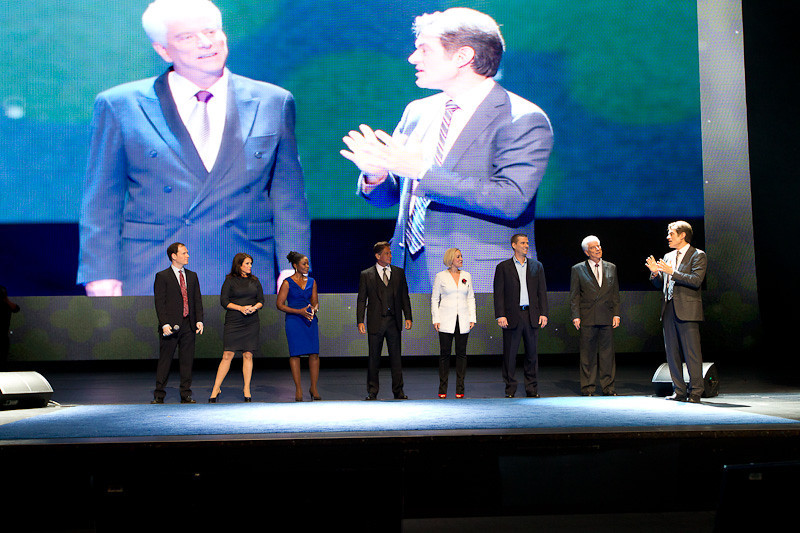 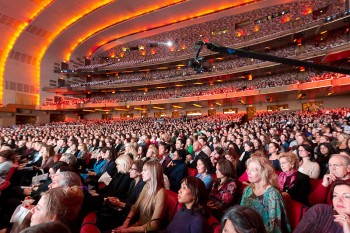 The show ran like clockwork — no small feat with so many moving parts and such a jam-packed lineup of speakers. There wasn’t a lull at any point during the high-energy production, and the producers even squeezed in a surprise or two (the most notable being a quick appearance by the one and only William Shatner!)

So many people worked incredibly hard to ensure this show’s success. I would name names but I would inevitably leave out someone. Dozens of people made it happen. And it reaffirmed my belief that at USANA I work with many truly talented and hard-working individuals.

It was a monumental project and a huge success. We couldn’t have done it without you! Whether you attended in person or followed along on Twitter (#HHSummit), thank you for all your support.

Yes, the Health and Happiness Summit was an event that will be talked about for years to come. Once the final curtain fell, USANA had secured its place in the history of Radio City Music Hall.

If you’re unable to view the video, please visit YouTube.

Photos: Kelly Branan (keep an eye on Facebook for even more photos)