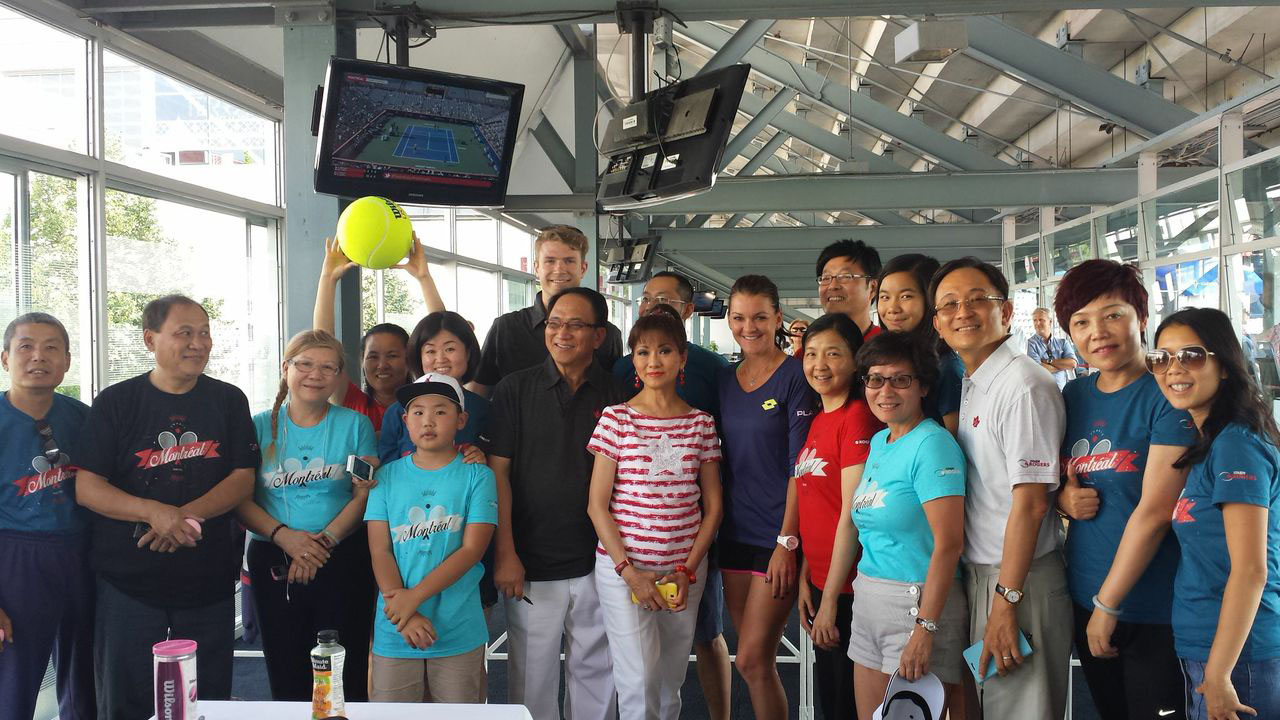 Tennis fans throughout the world focused their attention on Montreal last week as the biggest stars in tennis competed at the Rogers Cup. 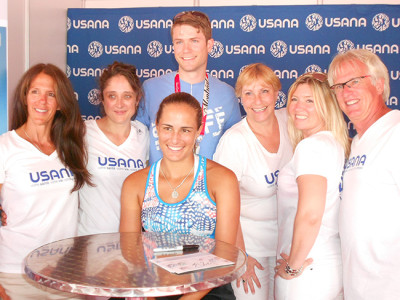 Of course, only one can walk away with the championship trophy and this year it went to the WTA’s No. 5-ranked Agnieszka Radwanska. Agnieszka defeated Venus Williams 6-4, 6-2 in the title match on Sunday.

Not only was it a great week for tennis, it was also an amazing week for USANA Associates. As an official sponsor of the Rogers Cup, USANA’s presence could be seen everywhere. We set up a booth that featured pop-ins from USANA Ambassadors, Monica Puig and Sloane Stephens, all week. And hundreds of tennis fans checked out the True Health Assessment. 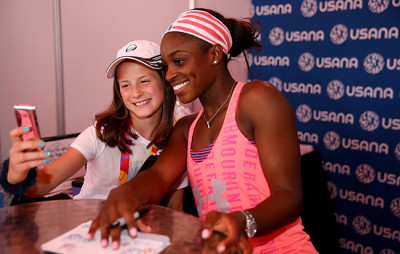 But that’s not all! While our Associates managing the booth were hard at work, our seven Rogers Cup contest winners* and their guests were given the VIP treatment as they watched the finals in a private USANA suite. They were also given a behind-the-scenes tour of the venue (including the player area!).

Our 14 guests were flown in from all over Canada for a tennis weekend in Montreal. Not only were they seated at a top-notch location, catered to all day, and given souvenirs from the tournament, they were also the only group that was privately greeted by the Rogers Cup Woman’s singles champion, Agnieszka Radwanska, after her win. The guests were elated by Agnieszka’s appearance in the suite! “Only USANA can give you this type of VIP treatment,” says 9-Star Diamond Director and Rogers Cup Contest winner Annette Que. 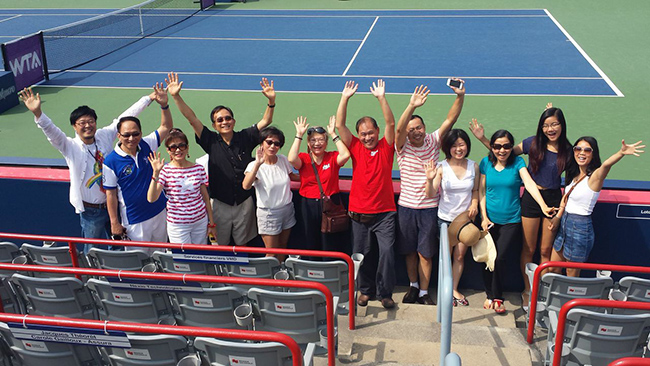 In speaking with the winners of the contest, it became clear that they all had a few things in common. They adamantly believe in USANA products, working hard, remaining consistent, and most importantly, they truly care about others and want to help.

*The top 7 Associates who won the Rogers Cup Contest, activated, with a product purchase, the most new business partners in Canada between June 14, 2014 to July 18, 2014.