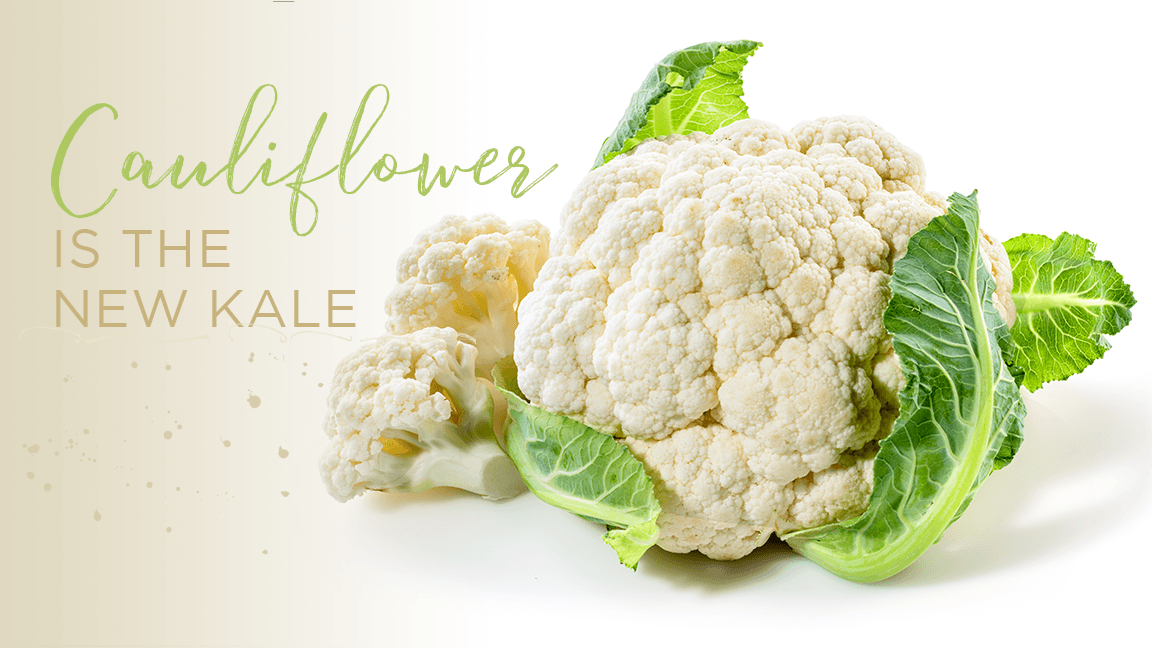 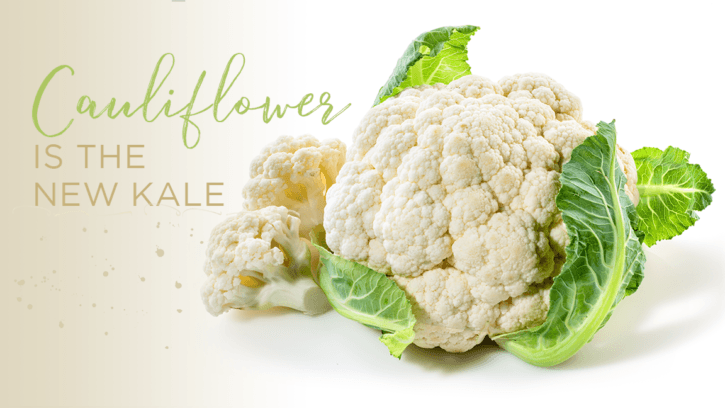 Kale has been smugly sitting atop the trendy food list for years now. Celebrity chefs whisk it into eye-catching dishes, and fast-food joints name drop it on their drive-thru menus. It’s everywhere. But “lists” these days are ever changing—and there’s only so many more kale smoothies the world can take.

Don’t get me wrong. This dark leafy green packs a wallop. It’s stuffed with fiber, vitamins and minerals, plenty of antioxidants, and even a little omega-3 fatty acid. And with all of that nutritional power, it’s still super light in the calorie department.

Kale certainly earned its place in the limelight, but it’s time to pass the torch.

A “Head” of the Pack

They don’t look it, but kale and cauliflower are related. They both belong to the plant species brassica oleracea. And just like its vain cousin, cauliflower hits a lot of healthy notes.

One cup of cauliflower has 73 percent of your daily value of vitamin C (that’s enough to put the orange on notice). It’s loaded with essential nutrients like vitamin K, folate, and pantothenic acid. Plus, this zombie-fied broccoli is rich in sulfuric compounds, which play a role in functions from hair growth to glutathione synthesis.

When it comes to nutrition, both veggies can go toe to toe. But cauliflower’s handiness in the kitchen puts it a few steps ahead of kale. 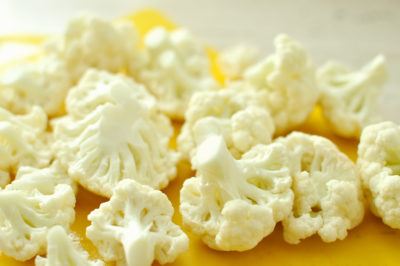 I don’t know about you, but for me, vegetables can be a little boring (and scary—I didn’t even look at a salad until I was an adult). I realize their importance and I even have some favorites, but they need a few bells and whistles to keep my attention.

And that’s the beauty of cauliflower—its versatility.

These adorable little snow-white trees can be tossed in pastas, salads, or pasta salads.

You can enjoy it grilled, sautéed, deep fried, baked, steamed, or raw. If you’re in touch with your primal side, you can even stab it with a sharp stick and roast it over an open flame.

Cauliflower is so versatile it’s even great at being something it’s not, like potato salad, if that makes any sense? (It does, just check out this recipe on BuzzFeed.)

And it’s not just a side dish. This well-rounded veggie can easily take center stage.

Plus, it’s easy on the wallet and available most anywhere you buy produce.

Sure, kale can do some cool stuff too. And taste is subjective. But I’ll hazard a guess and say mashed kale is not on the same road to flavor country as mashed cauliflower.

I’m a little narrow-minded when it comes to food (remember my corny salad joke?).

Lucky for me, I have a wife who is always on the lookout for unique and healthy ways to eat. And she wields an oven like Harry Potter wields a magic wand.

Not too long ago she found a recipe for cauliflower pizza crust on myfoodchannel.com—and mastered it (seriously, I didn’t even know I needed this, and now I can’t live without it).

It only has three ingredients—two cups of grated cauliflower, one cup of grated parmesan cheese, and one egg—and putting it together is simple.

If you get this one right, it’s not only a healthy stand-in to the carb-heavy pizza crusts you’re used to, it’s a tasty one.

Now that my wife has the recipe down pat, she preps the crusts in bulk and freezes each one individually, giving us a go-to when dinner time gets tight.

And for our next culinary adventure, we’re using the same recipe. But instead of one pizza crust we’ll quarter up the mixture and make a couple of sets of burger buns (fingers crossed).

The cauliflower is definitely picking up speed. In my research I ran into more recipes for imposter mashed potatoes on the internet than there are grumpy cat memes.

My wife found a great one on ibreathimhungry. (Are you sensing a pattern? I swear, I cook too, she just whips up the dishes worth talking about). And this one is easier than the pizza crust and maybe a bit tastier.

• Rinse off one head of cauliflower, chop it into medium sized pieces, and place in a microwave-safe bowl with two tablespoons of heavy cream and one tablespoon of butter.

• Stir and microwave for another six minutes on high.

• Remove from the microwave and put into a high-speed blender or food processor along with two ounces of your favorite cheese. Puree until smooth.

• Season with your favorite spices.

Sure, it’s a little heavy on the fat, but fat isn’t the monster it’s made out to be, and the carbs are almost nonexistent.

Plus, the end result is a healthy helping of “mashed potatoes” that can hoodwink the pickiest of eaters.

Create You Own Masterpiece

Roasting cauliflower is where you can really cook outside of the box.

Just clean and chop down a head of cauliflower into florets, toss them in olive oil, dust with salt and pepper, and roast in your oven at 450 degrees until tender and browned, and you’ve got a blank canvas. 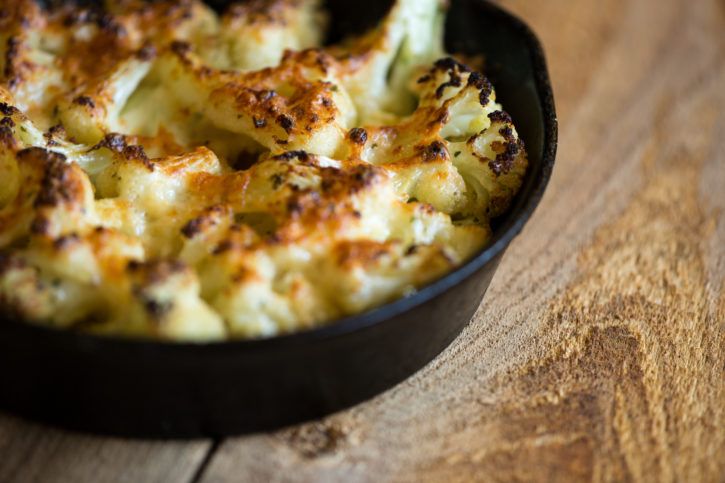 Once you pull it from the oven, you could toss it with buffalo sauce. It is not going to taste like a hot wing (I know I’m really talking it up here, but cauliflower can’t perform actual miracles), but if you like a little heat it’s a nice change-up.

Or for your next movie night, hack those florets into smaller pieces, drizzle with a little salted butter, and you’ve got yourself a healthy alternative to popcorn.

Or just put the knife down and roast the whole head.

The only real limit to cauliflower is your own imagination.

This pale veggie is a powerhouse in the kitchen and adding your own spin takes it even further. And it doesn’t hurt that it good for you.

Cauliflower really can do it all. It’s no wonder it’s taking over the world.

That is, until something better comes along.