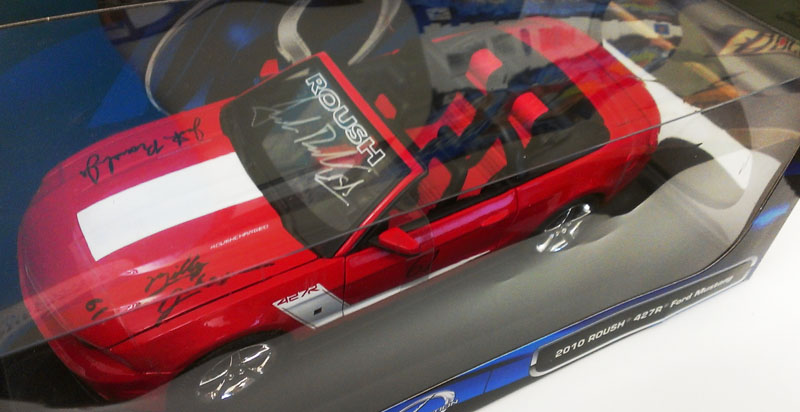 Earlier this week we gave one of our social media fans a pretty sweet prize, if I do say so myself.

And you could have won this!

That’s right, a cool Maisto die-cast model car — autographed by Team USANA’s Billy Johnson and Jack Roush Jr. Thanks to our good friends in Athlete Relations who provided the car for us to give away to one lucky What’s Up, USANA? blog reader!

We received more nearly 250 entries, welcomed new fans on Facebook and followers on Twitter and read some outstanding comments (excellent choices for dream cars, I might add)!

Without further ado, we would like to congratulate Jack Henserling! Jack was chosen at random via RaffleCopter after he learned a little more about Jack & Billy in this blog post. Congratulations! Your prize is on its way.

Thank you to everyone who participated! We’ve got more giveaways planned, so be sure to regularly check out the “Contests” tab at the top of this blog (you’ll find it right between “About Us” and “Products”). In fact, keep an eye out for another spectacular giveaway coming up in November (hint: tennis, anyone?)

Off Track with Billy Johnson, Jack Roush Jr. — and a Giveaway!
0 replies