We were excited to welcome to the USANA Home Office earlier this week two of Team USANA’s professional racecar drivers.

Billy Johnson and Jack Roush Jr., who drive the No. 61 Roush Performance Mustang, are big fans of USANA’s products and understand the importance of optimal health while competing in grueling conditions.

These are incredible athletes who are always happy to help spread the USANA message. I wouldn’t be surprised if we get some behind-the-scenes looks from upcoming races. Follow them on social media for the latest: 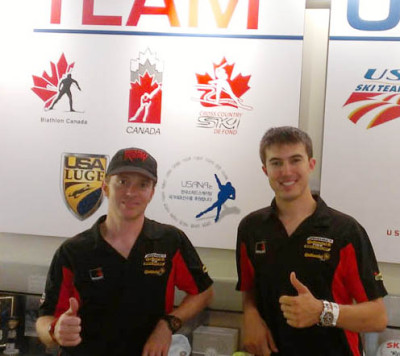 The team won at Daytona earlier this year and were in Salt Lake City getting some track time at Miller Motorsports Park ahead of their next Grand Am race.

Billy also shares what could be the biggest misconception about racecar drivers (hint: these drivers are incredible athletes)…

Joining Billy and Jack during the Utah visit was Ricky Stenhouse Jr., the 2011 NASCAR Nationwide Series champ, though not a member of Team USANA. Billy and Ricky are preparing for Watkins Glen on Aug. 11 before heading to Montreal Aug. 18 to compete in Nationwide races. 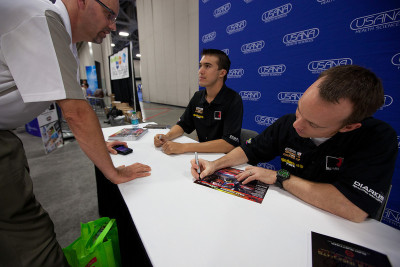 If you attended the 2011 USANA International Convention, you had a chance to see Billy and Jack on stage (and perhaps get an autograph). Unfortunately, due to scheduling issues, the duo won’t be able to make it to this year’s event, but they are wishing everybody the best.