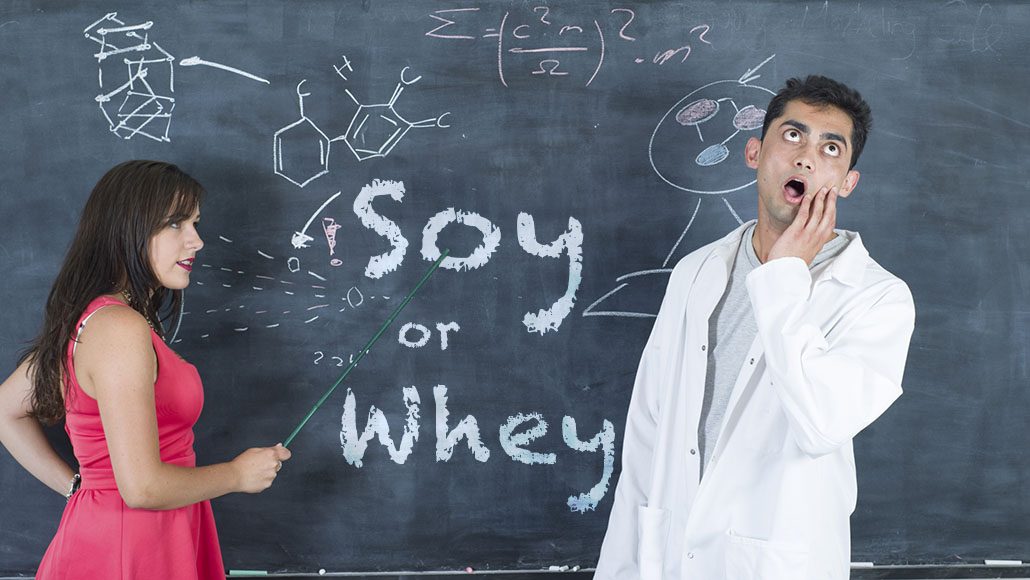 I’m going to be honest with you: I knew nothing about soy protein before writing this blog. And, actually, I think it helped the final product (this article) stay true to the facts.

All I knew about soy was that there were some serious haters out there. People seem to be anti-soy and pro-whey, or vice versa. Oh, and I also knew that USANA uses soy as a major source of protein in its Nutrition Bars and drink mixes.

With all of this in mind, I thought it might be a good idea to be upfront with our customers by giving a more in-depth look at soy—what it is and why we choose to use it. 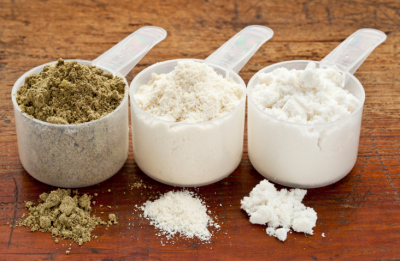 First of all, it should be noted that soy protein is nutritionally complete and high quality, and soy consumption has been linked with several long-term health benefits. Don’t believe me? Well, let’s check out the Protein Digestibility Corrected Amino Acid Score (PDCAAS)—nutritionists’ international standard for assessing protein quality, developed by the Food and Agriculture Organization and endorsed by the U.S. Food and Drug Administration.

The PDCAAS approach considers the amino acid balance of a given protein as it compares with the amino acid needs of humans. It also takes into account the digestibility of the protein, or how fully the protein is broken down and absorbed by the body. The PDCAAS stretches from 0.0 to 1.0, with a score of 1.0 indicating that the protein completely satisfies human needs from a quality perspective.

Guess what score both soy and whey protein isolates score using the PDCAAS scale? If you guesses 1.0, you’re right in assuming that, yes, they receive a perfect score—the same score achieved by a natural egg white protein.

The high PDCAAS score for soy protein isolates speaks to two important points. First, soy protein is well-digested and absorbed by humans. And second, soy protein is complete. It contains all the essential amino acids in a proper balance for human growth, development, and health.

Why Do We Use It?

Before anyone freaks out, understand this: USANA isn’t out to be a walking billboard for the use of soy. We just want to be completely open and honest by saying we use it and explaining why we’ve come to this decision. This does not mean we don’t appreciate the nutritional value of other proteins derived from rice, pea, and other protein concentrates. It’s just that few of these are as complete or balanced as soy and whey. 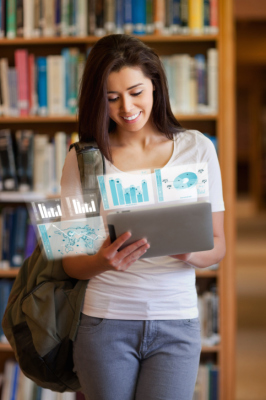 Now, let’s backtrack slightly. We’re totally in support of soy, but our primary position is that a healthy diet includes protein from a wide variety of sources, including whole foods (legumes, whole grains, meat, dairy, and fish) as well as healthy processed foods. With that in mind, we believe that soy, whey, and other protein isolates and concentrates can play a role as components of healthy, well-balanced diets.

Just because we believe in the effectiveness and safety of using soy protein in some of our products doesn’t mean anyone else has to share the same view on the subject. We’re fully aware that the world of protein isolates and concentrates is filled with controversy. But keep this in mind when doing your research (which we highly encourage): In most instances, anti-soy or anti-whey “research” is associated (either overtly or covertly) with food marketing campaigns. They can be easily influenced by hidden agendas aimed at competing for your food dollars.

There is some truth behind many of these soy- or whey-focused stories, but too often those truths are half truths or facts spun out of context with the intent of, once again, swaying your purchasing behavior.

The industrial-grade bickering that has characterized much of the soy versus whey debate has left many consumers confused, concerned, and generally hungry for objective information on what they should eat.

Is Soy for Everyone?

In summary, soy proteins can produce allergic reactions in some people, but relative to milk, peanut, and the other high-profile food allergens, reactions to soy are less common, more difficult to trigger, and less severe.

Beyond true allergic reaction, some people may be sensitive to the “non-digestible” sugars and fiber in soy. These components can cause typical abdominal bloating and gas, just like the sugars and fibers in most beans and just like the lactose in milk. Such symptoms are generally reduced, if not eliminated, when people us highly refined soy protein isolates, which are 90 to 92 percent soy protein and only 3 to 4 percent carbohydrate (fiber plus simple and complex sugars and starches). 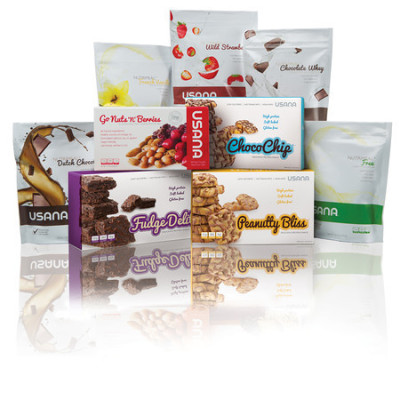 So now that I’ve dug through, processed, and regurgitated all of this helpful information produced through our extremely handy Ask the Scientist tool, we can wrap this up with a final message: USANA believes that soy is a healthy source of protein for the vast majority of people.

With that said, each of us is the best judge of what foods we should be eating. If you experience side effects from eating soy foods (even if you don’t have a diagnosed soy allergy), it makes total sense for you to minimize or eliminate sources of soy intake. We encourage everyone to become an active student of nutrition—to seek out objective information from a variety of sources concerning the foods they eat.

I also encourage everyone to eat some bacon every now and then. It’s incredibly delicious and makes every problem in the world temporarily disappear…but maybe that’s just me?

What Exactly is Clean Eating?

Fact or Fiction: Protein is Only for Strength Training

Guess What? I Got to Try the New MySmartFoods

Fact or Fiction: Abs are Made in the Kitchen, Not the Gym