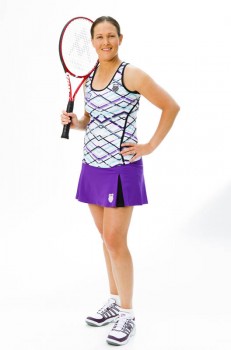 It’s always a treat talking with Liezel Huber, the world’s top-ranked doubles player, USANA Brand Ambassador, and huge supporter of what we do.

I had an opportunity to chat with her in Indian Wells earlier this year, ahead of the BNP Paribas Open (a tournament, incidentally, she and partner Lisa Raymond won!)

Between photo and video shoots with the USANA Studios crew, she took a few minutes to answer some of our questions. And now I’m excited to announce that she is featured in our inaugural “Getting Personal with…” video series.

Thank you, Liezel, for taking time to answer our questions! Best of luck to you the rest of the season.

“Getting Personal with…” is a series in which we get to know USANA’s sponsored athletes, celebrity influencers, and others a little better. Look for additional installments on What’s Up, USANA?