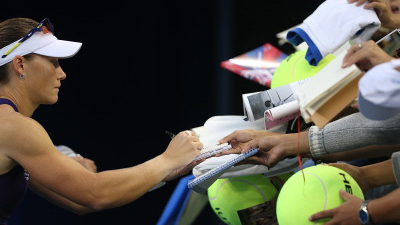 Editor’s Note: The following post is by Sam Stosur, the No. 23-ranked singles player in the world and WTA USANA Brand Ambassador. 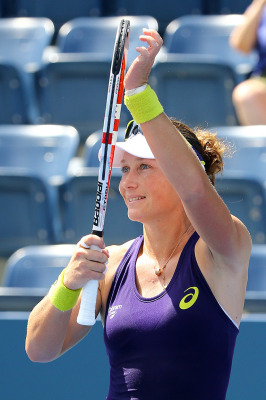 Hello USANA! This season was full of ups and downs, but one that I will definitely remember.

Some of this season’s highlights definitely included playing well in Beijing and the titles I was able to capture in Wimbledon and Osaka. It’s always exciting to win a title and it was great to be able to defend my title in Japan – especially at a tournament that I love to play in, and have now won three times. It’s weird how sometimes your game can just click at certain tournaments too. I really felt comfortable in the last two I played and it was rewarding to finish this year strong.

However, I think that the 2014 season is one that I will look back on and feel as though I could have played a little better. While it was great to finish off the year with a win in Osaka and a good run in Beijing, I have to admit that it was a little annoying to have the season end right when I was starting to feel like I was playing my best tennis. 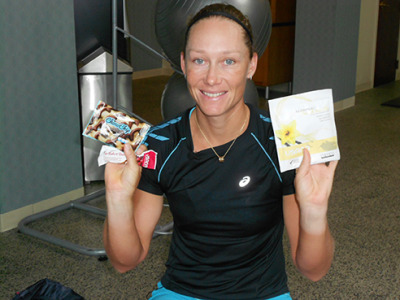 Always prepared when on the road or in the gym!

I am always trying to improve parts of my game and mentally I am hoping to take the confidence I finished with this year, into next year.

After so many years on the Tour, there aren’t many things that come as a huge surprise these days, but I am still learning new things all the time. I think my tennis this year was a little up and down, so it was important to just keep things simple rather than overthink it.

Sometimes I end up trying so hard to do all the right things in training, that I just end up struggling to execute my tennis on game day. I think the key for me is  just to keep working hard with a clear plan and eventually things will turn in the direction I want them to. Enjoying some much needed R&R.

Heading into next season, I’m really hoping to get my foot—which began to flare up around Wimbledon—to a point where I am able to train as hard as I want and do whatever I need to do to play the tennis I want to play.

Over the last couple of years, I haven’t felt that I’ve been in a position to do as much running as I would have liked, but with a little longer off-season this year, I hope to be ready to go in 2015.

Right now I’m enjoying my time off and focusing on healing my foot, but hope to jump back into physical training in the next couple of weeks.

I’ve gone to the beach once and hope to get to the Harbour for a bit of kayak paddling soon. Otherwise, I’ve been able to relax with friends and enjoy some downtime around the house, which has been great!

Thanks for all of the support you have all continued to give me this past season and I’ll see you on the courts in January!

Check out some of Sam’s go to fitness moves…

…And what she keeps in her bag when on the road.

[youtube]https://www.youtube.com/watch?v=MDvURHUloKs[/youtube]
If you are unable to view the above videos, visit the USANA YouTube channel.

*The mentioned athlete is either a distributor or dedicated user who has received compensation for his/her partnership and/or complimentary USANA products.
We’re proud to bring you the freshest content on the web! Follow USANA on Twitter, like our USANA Facebook page and enjoy the latest videos on the official USANA YouTube channel.