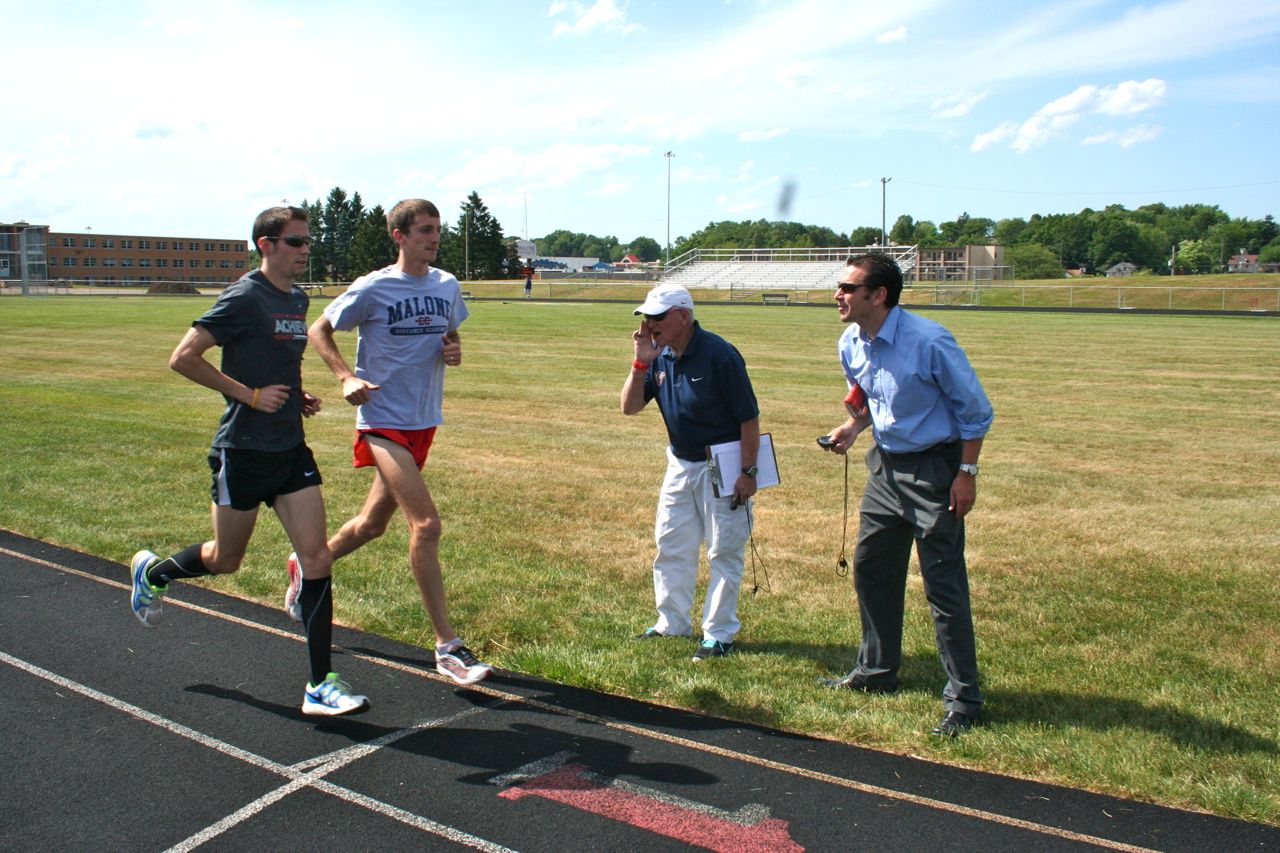 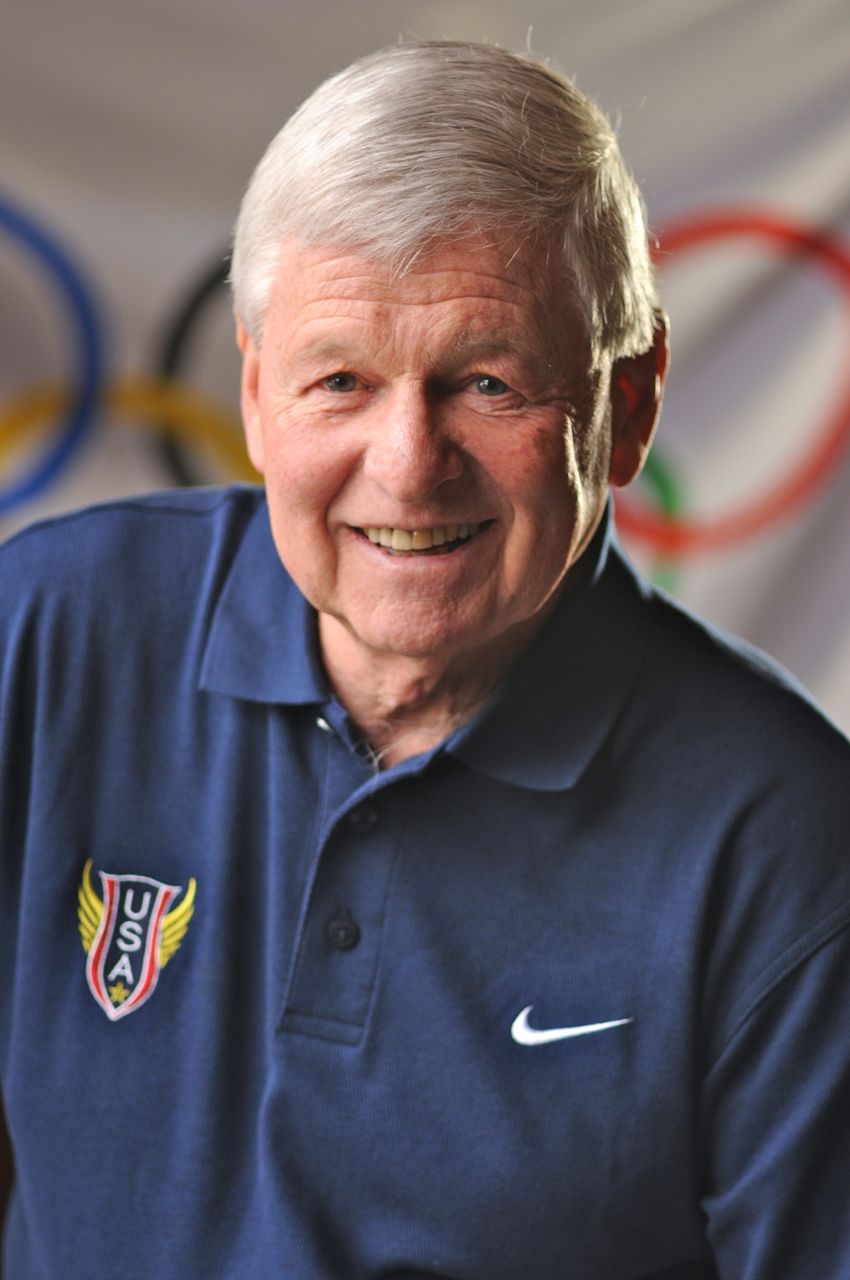 If not for a chance opportunity more than 45 years ago, Jack Hazen probably wouldn’t be going to the 2012 Summer Games. Jack, who is the head cross-country coach at Malone University in Ohio, will be attending the London Games as a men’s distance-running coach for Team USA.

When Jack first started his career, it was as a high school football coach, but that changed halfway into his first year. The principal came to him and said, “We need a track coach. Are you interested?” Jack’s response: “No I don’t think so. I don’t really know anything about running.”

But that was in the mid-’60s, and when Jack learned it would pay an extra $800, he changed his mind.

“Lo and behold, I had a couple of good distance runners that automatically qualified for the state championship the first year,” says Jack, who is an avid supporter USANA products. “I got pretty excited about that, gave up football and went into coaching track and cross country.”

Three years later, a coaching job opened up at Malone University, and Jack has been with the school ever since. “Forty-five years later, here I am,” Jack says with a laugh. “I don’t know if it’s loyalty or being stupid, but I’m still here.”

All of Jack’s hard work has paid off — his men’s program is the all-time winningest, as ranked by the National Association of Intercollegiate Athletics; he’s coached more than 325 NAIA All-Americans in cross country and track and field; he served as head manager for the 1999 Junior Pan American track and field team; and on two separate occasions, he served as the U.S. coach for men’s cross country at the World Championships.

Jack has been involved with the USA Track & Field program for a long time. He went through its coaching school, earning certification at all three levels, and he served on the board of trustees for 16 years as a college coach. Through the program he received coaching assignments (many of which are listed above), and those things add up.

You have to have all of these things under your belt before the selection committee will look at you for the Summer Games. “I knew I had done a lot of them, but I really didn’t know I had done enough to be honored to be the coach, Jack says. “So when I got the call, I was really shocked. … I tell people I still wake up in the morning and pinch myself to make sure I’m not dreaming about that.”

Though technically a coach, Jack says his job in London will be that of a facilitator. Most athletes will come with private coaches, and among Jack’s main responsibilities will be to make sure the athletes get there on time that their personal coaches have access to be them.

“The private coaches will have limited access to the warm-up area. We have a few credentials, but a lot of coaches won’t be able to be with their athletes for up to an hour, hour-and-a-half before the biggest race of their lives. I’m going to have to make sure I know what each athlete needs from their coach and make that happen.”

London won’t be Jack’s first trip to the Summer Games — he worked the Atlanta Games as part of the competition management team and had an office in the stadium. And because Jack’s already seen the opening and closing ceremonies first-hand, what he’s really looking forward to this time around is the success of his athletes. “If any of our athletes medal, I think that will be the highlight.” 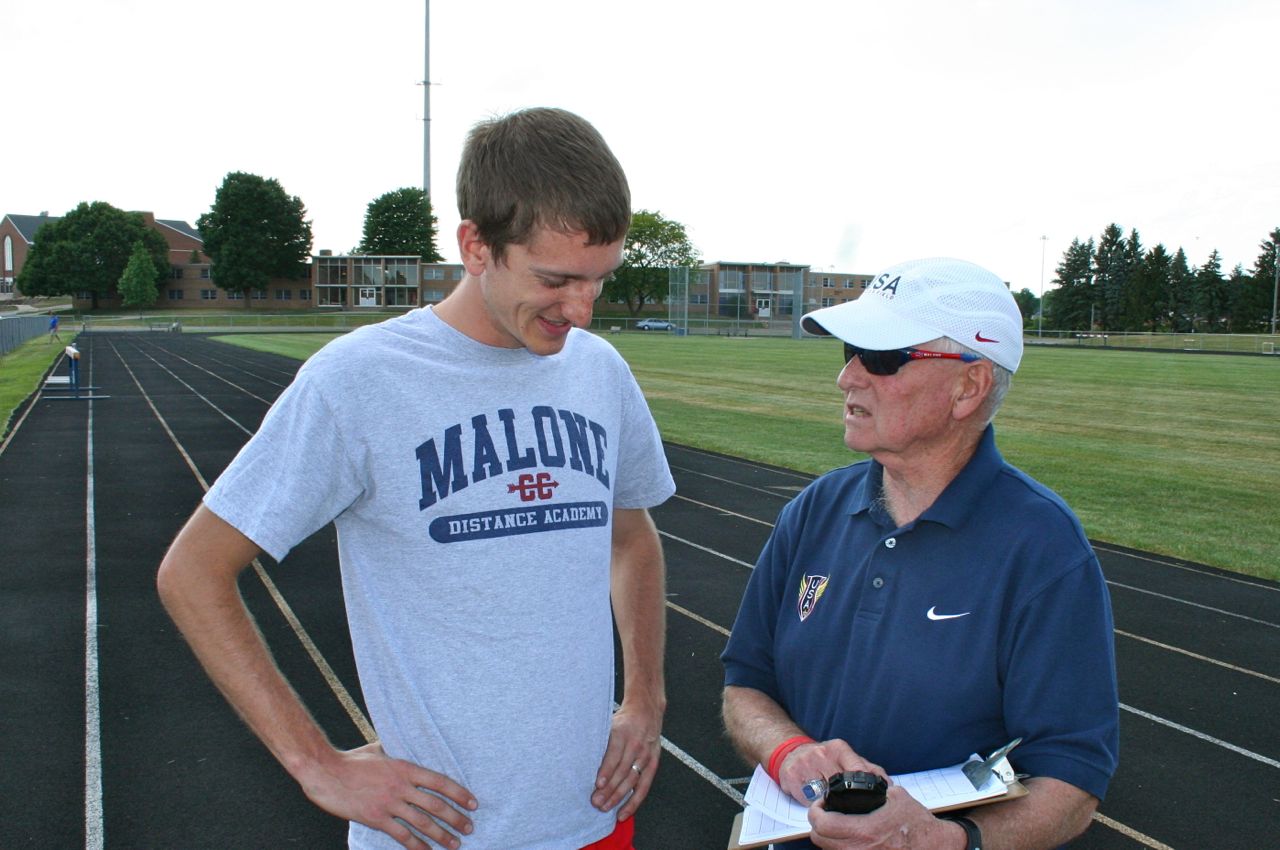 There will be 206 countries represented at the Games, and the U.S. track and field team is one of the strongest, Jack says. But that success mostly applies to the sprinters, vaulters, throwers and jumpers.

“Our distance runners have had limited success. I think everyone knows the Kenyans and the Ethiopians have really dominated the world, and we’re hoping to break into that.”

Many of those hopes lay with marathoner Mebrahtom “Meb” Keflezigh, a USANA-sponsored athlete who won the silver medal in Athens. “If Meb did it there, he should be able to do it again, hopefully,” Jack says. “We’re just hoping to get our distance team on the podium and earn a medal.”

The Games are the ultimate goal of a cross-country or distance coach, Jack says. “It’s something I never thought would happen, and so I’m just going to take it all in. Just being in the presence of the best runners in America and some of the best runners in the world is just too good to be true. I just count it as a real blessing to work with those athletes, to help them and assist them and hopefully motivate them in attaining their goals. It’s really exciting for me.”

At 72 years of age, Jack has no plans of retiring soon. He’ll return from London ready to begin his 46th year coaching at Malone. “They pay me to do my hobby, so as long as I’m healthy and having fun, I think I’ll keep doing it,” he says.

Jack still runs every day, though he’s cut back from three miles a day to one. “I think because of that I haven’t had any serious injuries, my knees have held up. My biggest concern all these years has been cardiovascular health, and I haven’t had heart problems, and I think maybe it’s a result of my running.”

Always working on gaining an advantage, Jack has also turned to supplements for his health. About 15 years ago, he was introduced to Mike Miller and USANA. “I’ve been on Essentials™ ever since then,” he says. “I think having the Essentials have been very good for me.”

[youtube]http://youtu.be/G6Sie9SbCBI[/youtube]
If you are having trouble viewing this video, please visit the USANA YouTube channel.

[youtube]http://youtu.be/Ls8lfjKwC4s[/youtube]
If you are having trouble viewing this video, please visit the USANA YouTube channel.

[youtube]http://youtu.be/BH3MJwAYGiw[/youtube]
If you are having trouble viewing this video, please visit the USANA YouTube channel.

Discover what USANA products can do to boost your health by taking this brief online Health Assessment.