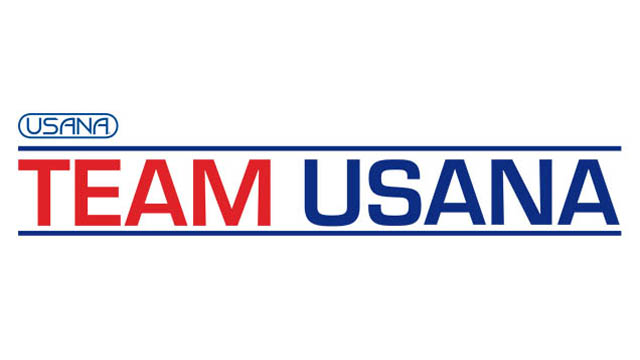 The 2012 London Games are about to get underway and we here at USANA don’t want you to miss a thing.

Since there are so many athletes competing and events to keep track of, I found the best website for you to use: www.london2012.com. Check it out.

You can search each athlete who is going to be competing, as well as the schedule and result of each event. It is also gives a countdown to the Opening Ceremony so you don’t miss a beat.

Did you know, when you take all teams and organizations into account, Team USANA will be represented by more than 60 athletes at the Summer Games? Wow!

I have compiled a list of our athletes who will be in the Summer Games, along with what sport/events that they are competing in and what country they are representing. Be sure to tune into the Games July 27-August 12 to cheer on our athletes!

Mike Lee Back in the Ring

We’re still talking about Mike Lee’s bout in early June. You remember, the one where he earned a decision over Eliseo Durazo to remain undefeated.

Well, the USANA-sponsored boxer and Subway star is scheduled to get back in the ring. This time he’ll be fighting on August 4 at Texas Station in Las Vegas.

If you missed Wimbledon, you missed Serena Williams at her best. Serena captured her 5th Wimbledon singles title, tying her sister, Venus, who has also won 5 at Wimbledon. It marked Serena’s 14th grand slam singles title.

Kim Clijsters, coming off of injury, made it to the fourth round before losing to Angelique Kerber. Kim has told the media that this would be her last Wimbledon. Kim has compiled an impressive résumé since she started playing on the WTA in 1998. She is now looking forward to the Summer Games and competing for Belgium, and then the U.S. Open at the end of August.

Zheng Jie, seeded 25th at Wimbledon, played really well until she faced eventual-champ Serena in the third round.

Zheng took her to three sets, but couldn’t overcome Serena’s strong serve. Zheng will be competing for China — and Team USANA — in the Summer Games.

Liezel Huber teamed up with Lisa Raymond and came into Wimbledon ranked No. 1 in doubles. They faced some early scares but made it to the semifinals where they faced Serena and Venus Williams. They won the first set before dropping the next two. Serena and Venus went on to win the title. Liezel will be representing the United States in doubles in London.

We would like to welcome and give a shout-out to our newly sponsored athletes, some of whom will be competing in the 2012 London Games.

Conor Dwyer is a swimmer who swam for the University of Florida. He won as SEC championship and was named the NCAA male swimmer of the year in 2010.

Jason Campbell is a quarterback for the Chicago Bears. He was drafted by the Washington Redskins and then traded to the Oakland Raiders. He played college football at Auburn and led them to an undefeated season his senior year and won the SEC championship. He was named the SEC Player of the Year and MVP.

Brett Fraser is a swimmer and is qualified for the 2012 Summer Games. He swam for the University of Florida and he swims for his native country, the Cayman Islands.

Cameron Pilley is Australia’s No. 1 squash player and was ranked as high as No. 11 in the world. He is also known for hitting a squash ball a record 175 mph. He has numerous titles and is a great asset to Team USANA International.

Christian Schurr (whom you may have read about earlier this week) is a swimmer that swam for Texas and will be representing Mexico in the 2012 Summer Games. He is a two-time Big 12 champion and has also won gold at the Pan American Games.

Let’s give a big hand to our new athletes and welcome them to our USANA Family. We are excited to have you!