Having ended Pacquiao’s seven-year winning streak nearly two years ago, both fighters went into the match with something to prove.

For Bradley, that he rightfully won their original bout and deserves the respect he’s been denied. For Pacquiao, that he still has the “killer instinct” in him and isn’t done with boxing just yet.

But despite what each man had to prove to their fans and themselves, only one would walk away a victor.

Only one would be named the WBO Welterweight champion of the world, and only one would walk away with a loss. Unfortunately for Bradley, the victor this time was Pacquiao.

“I tried. I really tried. I wanted that knockout,” Bradley said in the post-fight press conference. “Manny is a great fighter, one of the best in the world. I lost to one of the greatest boxers in boxing.”

With 15,601 people in attendance — who all seemed to be cheering for the Filipino superstar — the fighters exchanged hard hits for all 12 rounds, standing toe to toe in the 10th with neither giving ground, with both men going for a knockout and knowing that in order to take home the title and belt, they’d have to give their all in the ring and make their months of strenuous training count.

“I kept trying to throw something over the top. That was the plan [and] I knew I had to do something more in this fight than in the last fight. I was going for the knockout [but] Manny is real experienced,” said the 30-year-old Californian.

Starting the night by exchanging powerful blows in several high-octane rounds, Bradley became more aggressive in the fourth and stunned Pacquiao with a straight right hand to knock him back and lose his balance.

It was during this round Bradley had the chance to go for the knockout he wanted to send Pacquiao and his supporters home in disappointment, but unfortunately never fully connected the punch he needed to make it happen.

Pacquiao later took control in the second half of the fight, when he landed a flurry of classic Pacquiao-speed punches near the end of the sixth round that helped established momentum through the rest of the fight.

And while Bradley continued to throw out hard punches and force Pacquaio to fight for each landed hit, the judges unanimously decided that Pacquiao was the evening’s victor, scoring it 116-112 twice and 118-110 in his favor.

The 35-year-old took back the belt and title Bradley had taken from him 22 months prior. He also gave Bradley his first loss of his professional career.

Bradley’s record may include a loss at 31-1, with 12 KOs, but he isn’t going to let it get to him. Before leaving the ring he congratulated Pacquiao, telling him, “You deserved it,” and makes no excuses for the loss. In fact, he’s already looking to the future.

“Hey, life goes on,” Bradley says. “He was the better man. I have so much respect for him for giving me this opportunity and he won fair and square. I will take that defeat tonight like a man, but the war is not over. I just have to go back to the gym and get better.”

“I will be a world champion again.”

And with that attitude, you can guarantee that USANA will be right by his side, cheering him on along the way.

Also, making a 2014 ring debut was light heavyweight boxer Mike Lee remained undefeated (12-0) as he stepped back in the ring for the first time since September 2012.

Lee went head-to-head with Peter Lewison in Philadelphia earlier this month, taking Lewison out in the sixth round with a TKO.

Two weeks ago a handful of USANA athletes made their way to Washington D.C., as Team USA was commended for its performance in Sochi by President Barack Obama and First Lady Michelle Obama.

Among the American athletes who shared photos of their White House visit were: USANA brand ambassadors, Sarah Hendrickson, brothers Taylor and Bryan Fletcher and members of U.S. Speedskating, USA Luge and U.S. Ski and Snowboard Association. 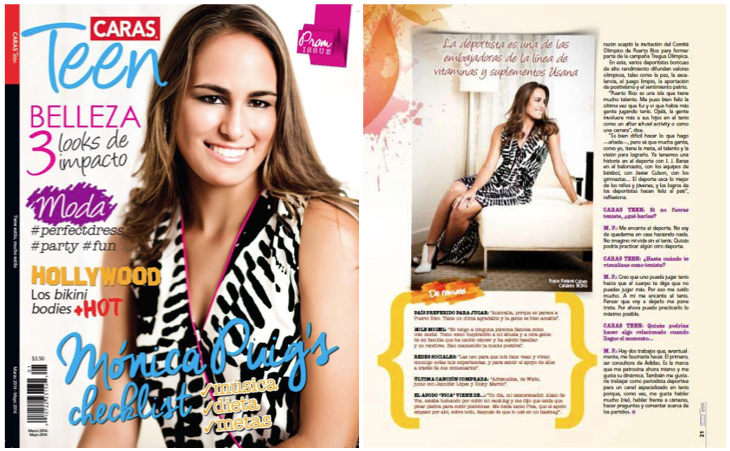