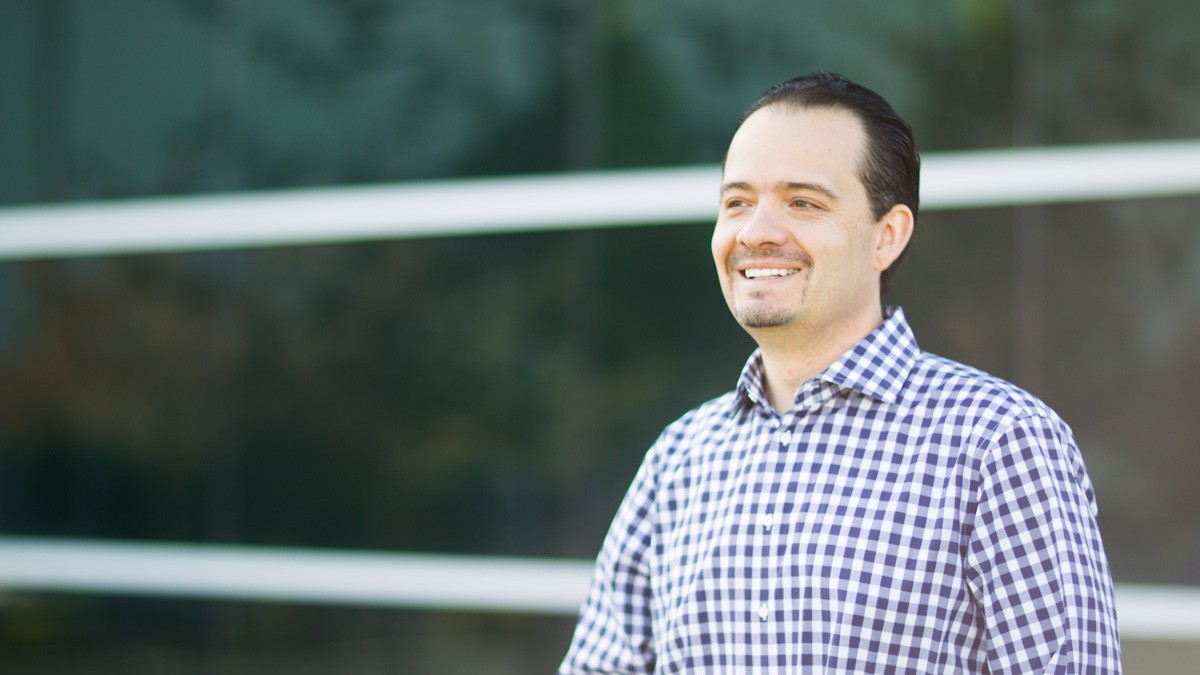 The decision was between the limp, flavorless iceberg lettuce of a house salad — no dressing — and an afternoon of self-loathing, or some bacon and blue cheese crumbs on a spinach and strawberry salad, the extra calories, and a feeling of satiation. 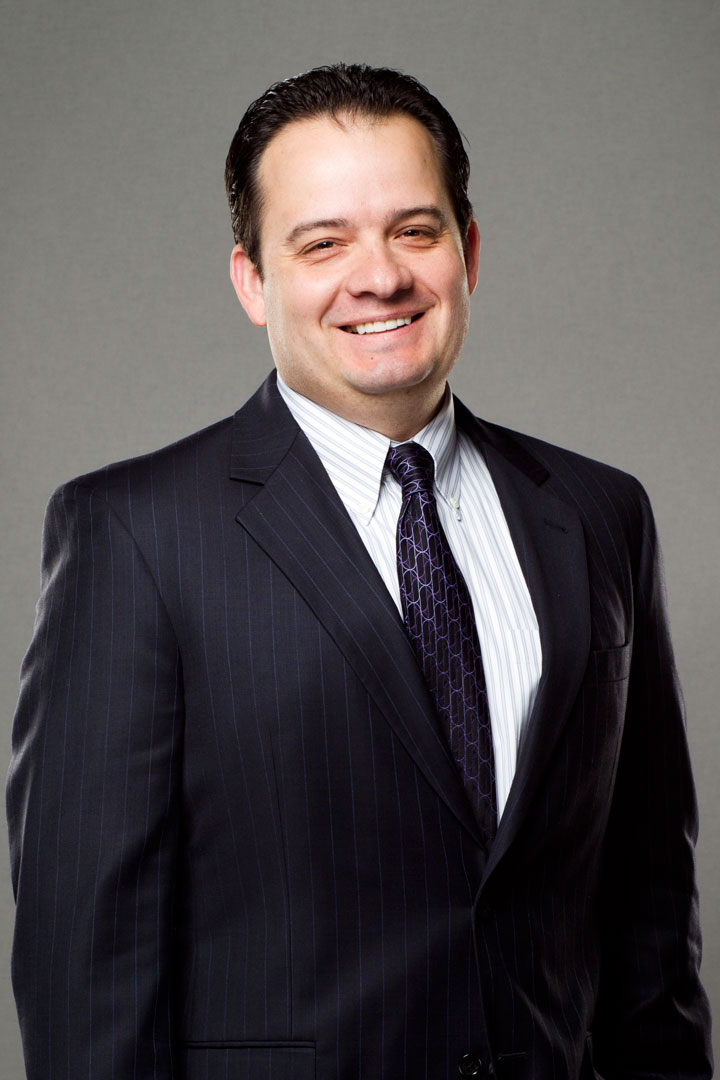 Jim Bramble went bacon and never looked back. USANA’s Chief Legal Officer made the right decision — and still a healthy one when you consider he was choosing from a Cracker Barrel menu that even comes to the table fried and floating in a shallow pool of gravy.

“It’s food that tasted really, really good and it felt good,” Jim says. “I want a spinach and strawberry salad, but I want little crumbles of blue cheese on it. And I think that’s fine.

You only need to look at Jim to understand why that decision is perfectly fine. He’s lost about 45 pounds over the last 18 months or so. And he’s done it with a unique approach — at least in this era of crash and fad diets. Jim’s made sustainable changes to his lifestyle, and found things he loves, food he looks forward to eating, and activities he loves doing.

“Don’t do something that you couldn’t be comfortable with continuing for the rest of your life, if you have to,” he says. “People do starvation diets or extreme workouts that maybe the results start showing faster, but you can’t keep that up and you stop because it’s too hard. Find something that you actually enjoy. I like to run. I love Nutrimeal™. So it’s easy. I look forward to it.”

Getting Back on Track

Jim grew up in a family that valued health. It’s the reason he’s at USANA. He takes his supplements every day, without fail. He’d work out three or four times a week — low intensity weights and very little cardio. But that didn’t stop him from packing on a few pounds. 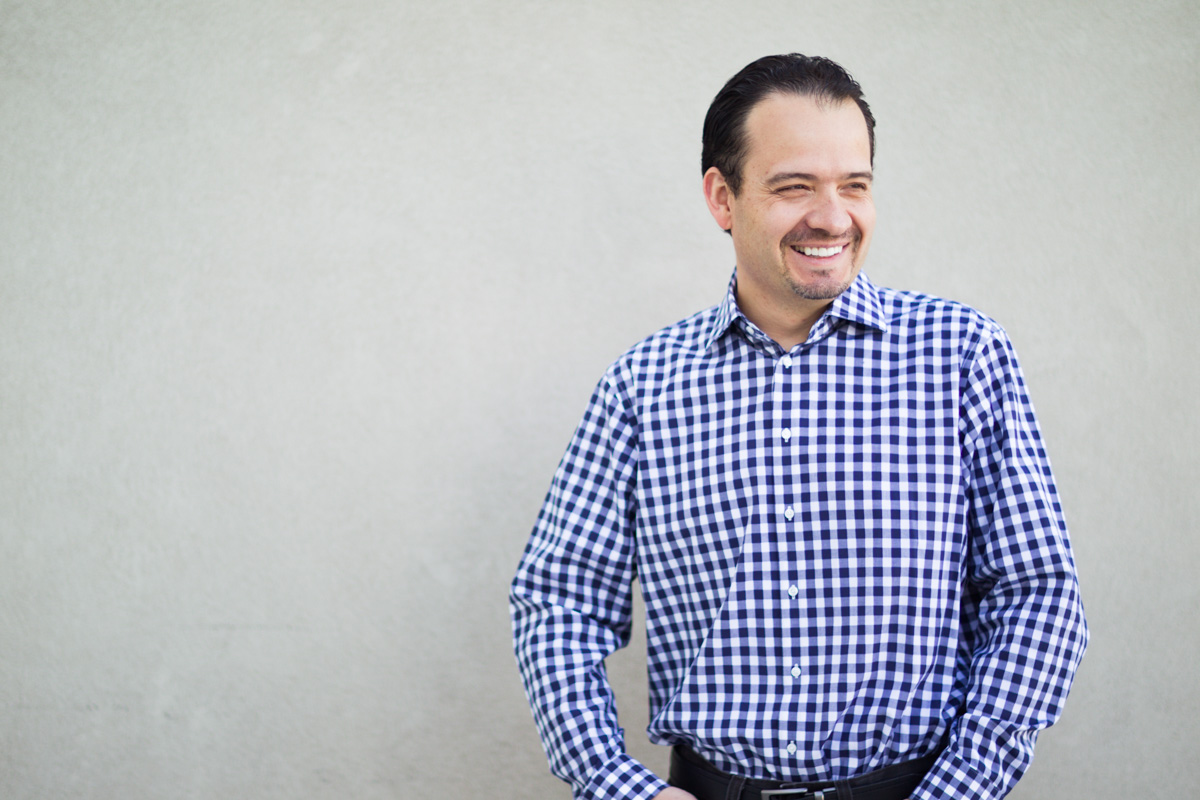 “About a year and a half ago, I noticed that I had, by a large amount, reached the largest weight of my life,” Jim says. “When I started at USANA about 15 years ago, I was maybe 185 — I’m 6 feet tall. I got to the point after about 10 years where I was in the high 190s and sometimes crossed over into 200s. Then one day without noticing I was 217. I thought, man, I guess I need to do something.”

He made a goal to do a five-day RESET™ once every three months, and spend the rest of the time on the maintain phase, replacing one meal a day with Nutrimeal. Then he started doing CrossFit.

“You’re getting strength and cardio and it’s so packed and intense that in 40 minutes, you’re doing what it might take you two hours if you were on your own,” he says.

After about five months Jim was down to 200 pounds. But then he plateaued. During his annual physical at Sanoviv Medical Institute, they suggested he try something different. That meant more cardio. 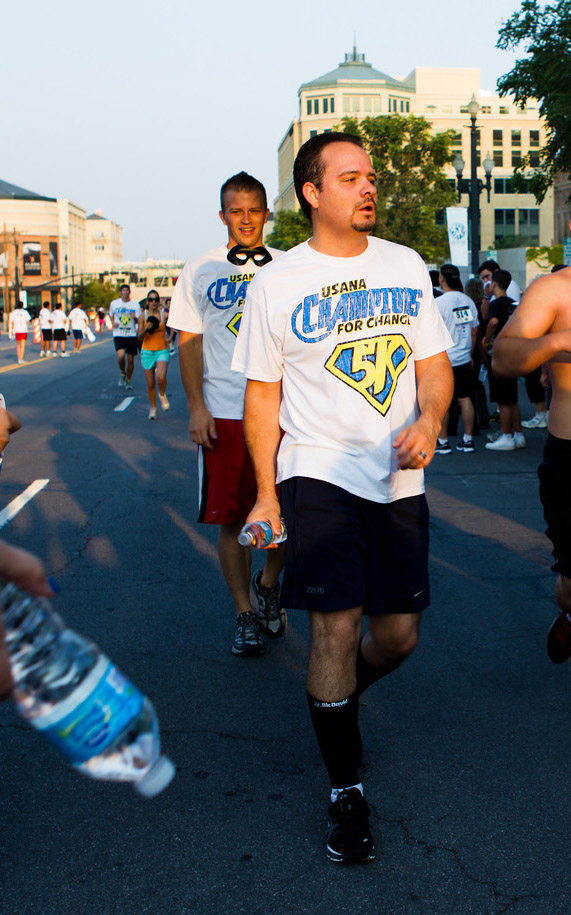 Jim Bramble at the Champions for Change finish line.

Last month he ran a half marathon in 108 minutes — a very respectable time for a non-runner — which is even more impressive when you consider that about nine months ago, Jim couldn’t run a mile.

It’s not hard to pinpoint the date when that 108-minute time started to become possible. The day USANA CEO Dave Wentz asked Jim — who is on the board of directors for the USANA True Health Foundation — to help plan the 2012 Champions for Change 5K at last year’s International Convention.

And the running has become more than just a workout for Jim. He’s found that pounding the pavement is a great stress reliever, and provides him with a lot of joy. Now you can find him running three or four miles four days a week, and six or seven on Saturday mornings.

A Healthy Diet of Joy

This doesn’t mean Jim doesn’t still have cravings and struggles. 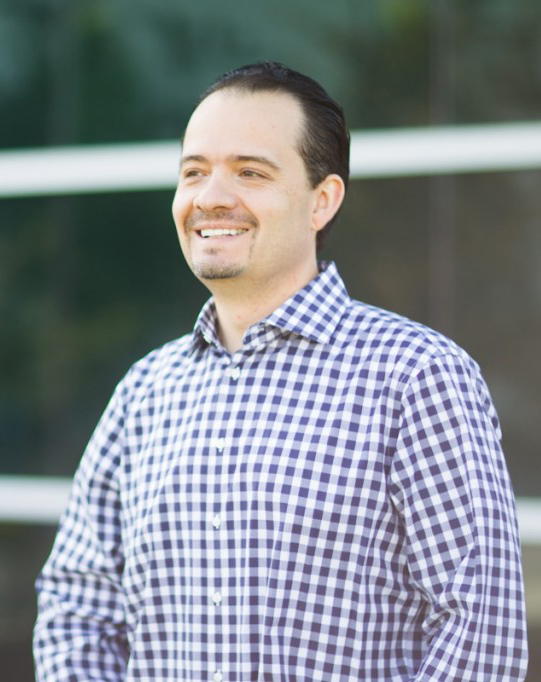 “When I walk into a movie theater, the smell of popcorn is just overwhelming — I just love it,” USANA’s resident film buff says. “It’s emotional because it reminds me of the movies, and it smells so good. And that stuff has to just be horrible for you.”

Sometimes he does sacrifice and go without. Other times, Jim will get a small size and only eat a small amount. It’s the same with his favorite ethnic foods — Indian, Thai, and Vietnamese.

“I love almost any Asian food and I know that if I denied myself those things, I would fail,” Jim says. “They just give me too much joy.”

And that understanding — that allowing yourself moments of joy is part of living a healthy and sustainable life — is what has made Jim successful. Because sometimes you need to have the bacon and blue cheese crumbs on your salad, and just know that it’s going to be OK.