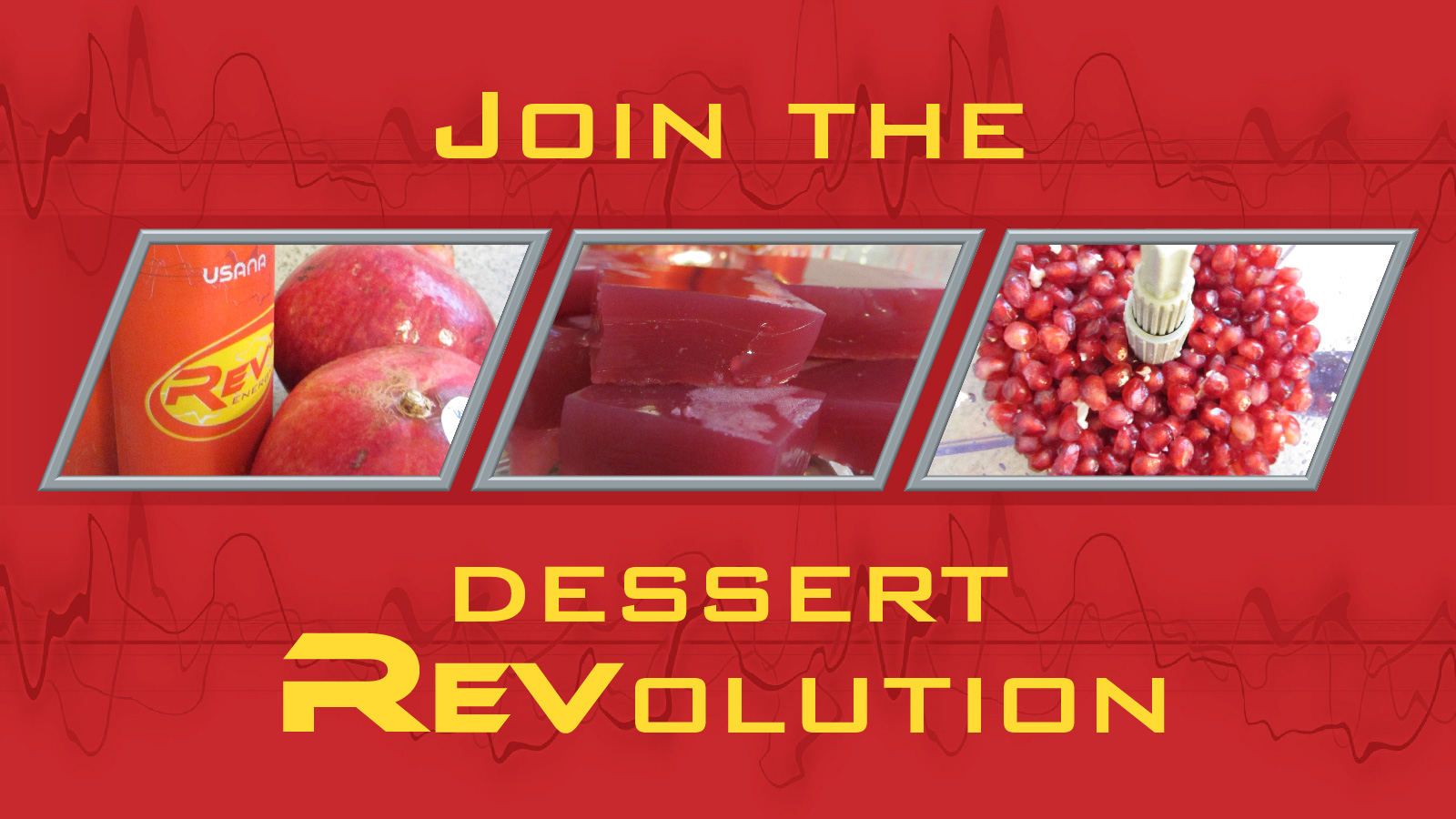 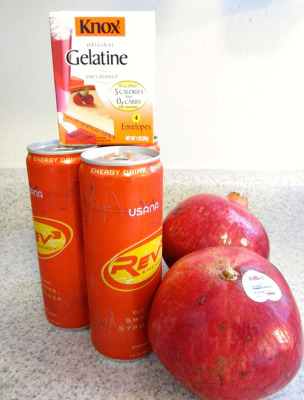 Fun fact: Jell-O is the unofficial state snack of Utah. And not just any Jell-O — lime Jell-O with crushed pineapple or carrots. It was even featured on a highly sought pin for the 2002 Winter Olympics. Yes, it’s that iconic — and strange.

That’s probably why you’ll find a gelatin dish of some sort at many holiday functions, especially around the holidays. This isn’t specific to Utah, either. Gelatin is easy, serves many, and appeases almost any palate.

When thinking about a recipe for December’s Test Kitchen, I wanted to create something that could be a healthy alternative to traditional sides or desserts served at holiday parties. And of course I wanted to include Rev3® Energy.

It’s a long-running joke at the Home Office that Rev3 doesn’t really have a flavor — “light pomegranate” is usually the closest. Whatever it is, it tastes delicious and complements this pomegranate gelatin recipe perfectly.

To enhance the flavor of Rev3 in the gelatin, I used pure pomegranate juice. This super fruit is perfect for the holidays as it’s currently in season and readily available at most grocery stores.

I went all out with this recipe and skipped the store-bought pomegranate juice and actually seeded and juiced four pomegranates. This was a little time consuming and pretty messy, but totally worth the extra effort. So if you have the time, I highly recommend juicing the seeds yourself. 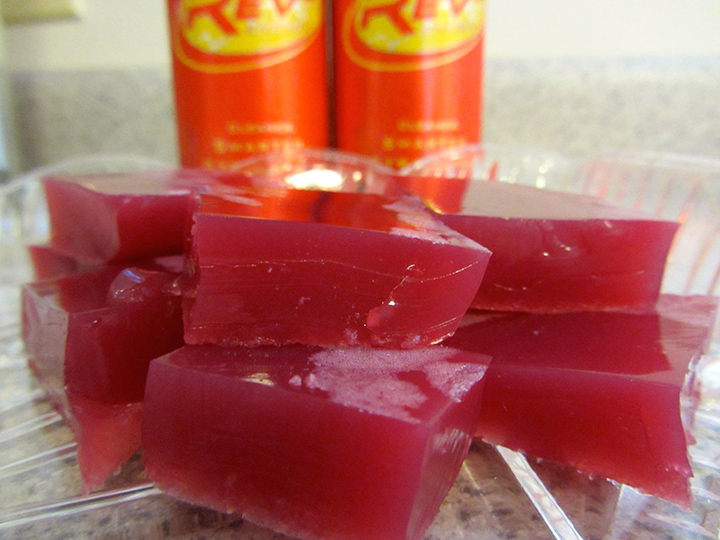 Directions: Heat pomegranate juice on the stove until it comes to a boil. Pour the Rev3 into a large bowl and sprinkle the four packets of Knox Gelatine over the top of the Rev3 and let it settle for one minute. Add in pomegranate juice and stir together for five minutes or until the gelatin dissolves. Pour into an 11×7-inch pan, gelatin mold, or other dish of your choice. Chill until firm (about three hours) before serving.

Note: This recipe is a little on the tart side — which might be a nice change from the sweet treats of the holidays — but you could add a tablespoon of honey or agave nectar to sweeten it up. You could also try using cranberries instead of pomegranates.

Now it’s your turn. I want to hear your healthy festive recipes.