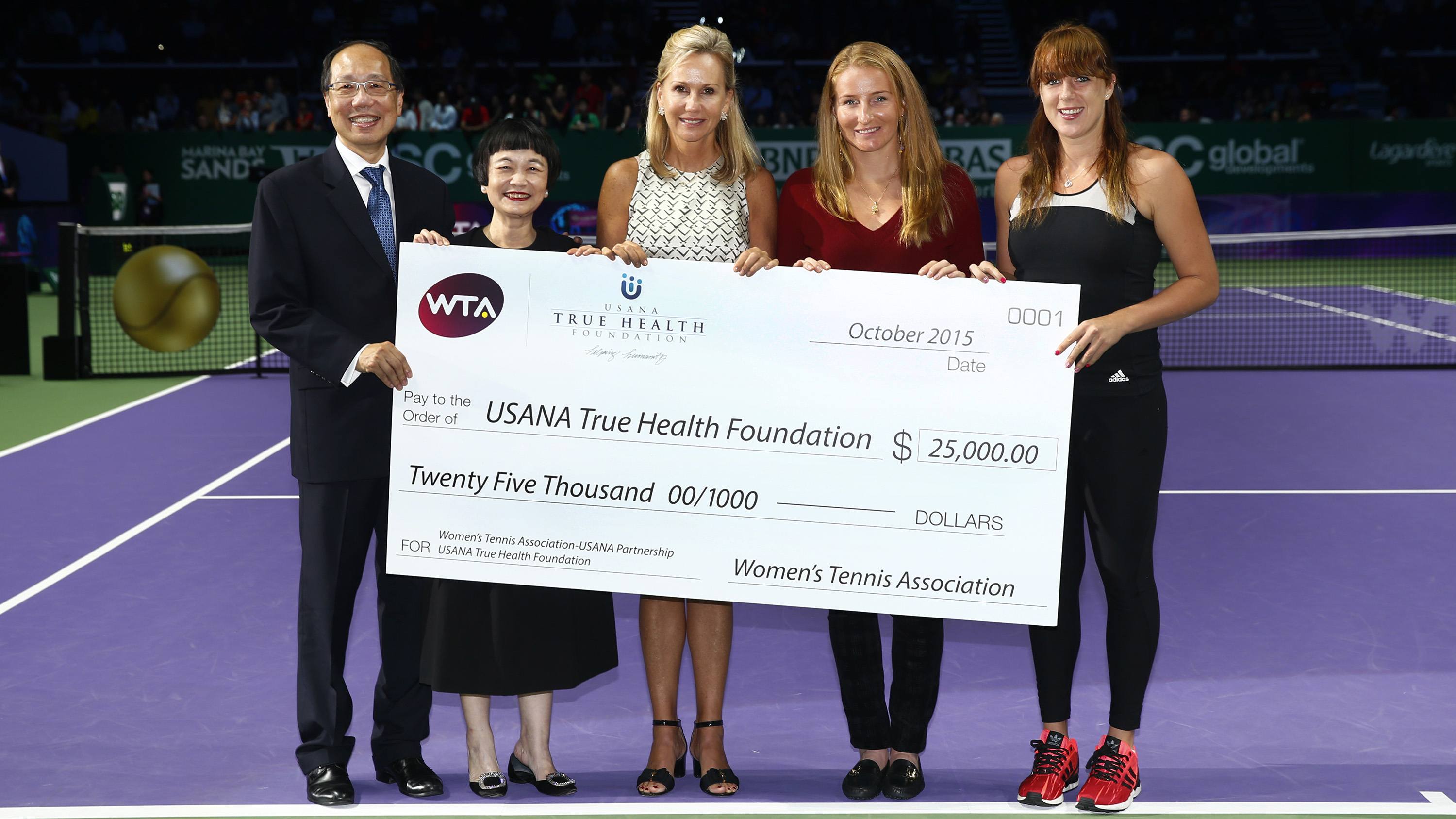 After another successful year, the WTA and USANA’s Brand Ambassadors have helped raise $25,000 through its annual Aces for Humanity campaign, a joint WTA and USANA initiative supporting the USANA True Health Foundation.

Beginning at the BNP Paribas Open in Indian Wells earlier this year, every ace served at a Premier-level WTA event translated into a donation for the Foundation.

For every ace served by the eight USANA Brand Ambassadors—Caroline Wozniacki, Eugenie Bouchard, Madison Keys, Monica Puig, Sloane Stephens, Samantha Stosur, Zhang Shuai and Zheng Saisai—the WTA contributed $10 to the campaign, while every ace served by any other WTA player translated into a $5 donation. 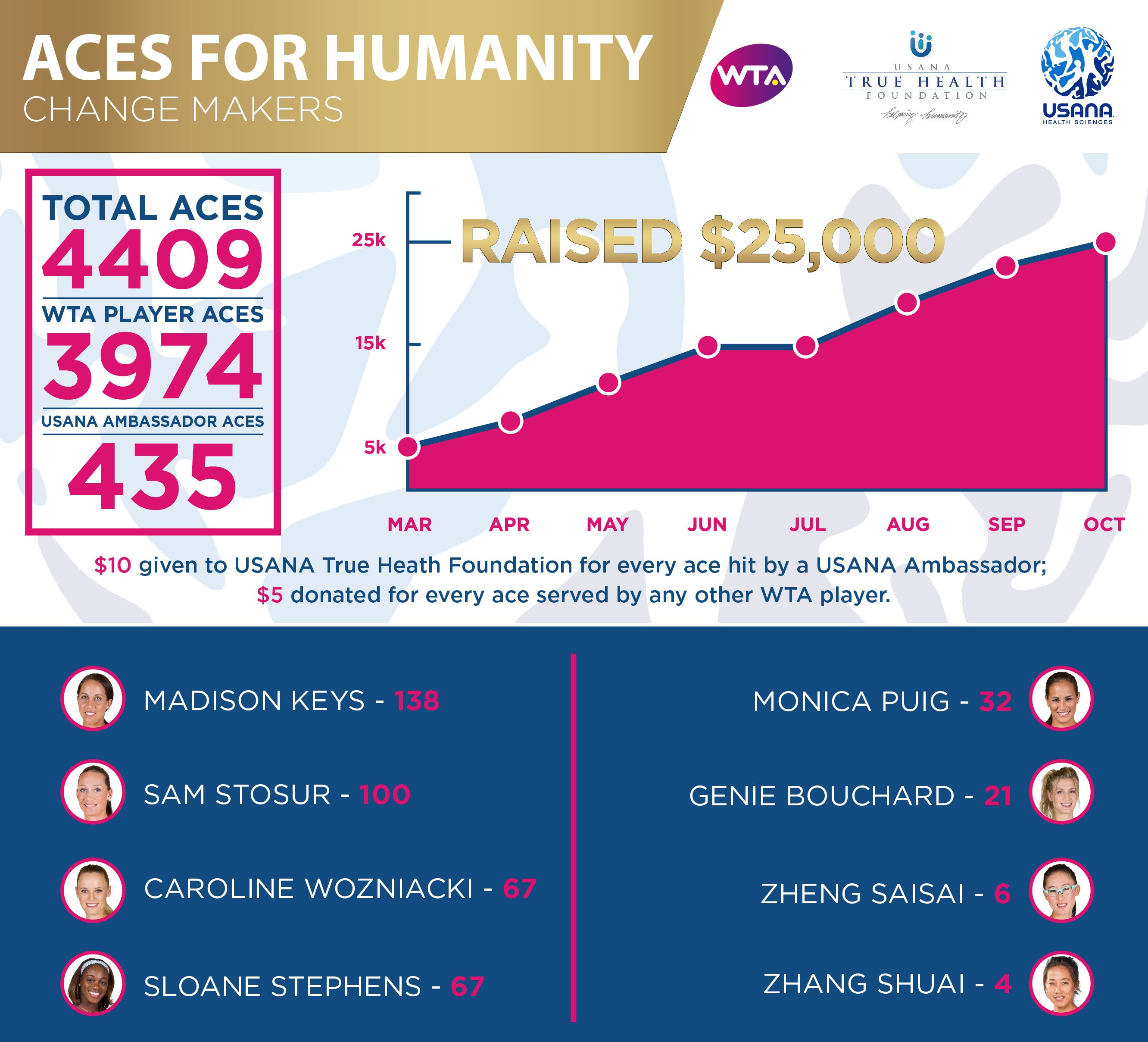 With the support of the WTA, the USANA True Health Foundation has been able to provide aid to those affected by the earthquake in Nepal and typhoon Haiyan in the Philippines by providing medical aid, supplies and assistance in the restoration of clean water systems.

Over the past five years, the WTA has donated more than $115,000 to USANA’s ongoing charitable efforts.

“The WTA has played a substantial role in our humanitarian efforts over the years and has assisted the Foundation in providing meals to hundreds of children and aid to those affected by earthquakes and floods around the globe. We are grateful for our partnership with the WTA and the generous donations they continue to contribute through this interactive initiative.”                                  – USANA True Health Foundation President Deb Jordan

USANA is one of the WTA’s global premier partners and serves as the Official Health Supplement Supplier for the WTA.

Since 2006 the company has provided its high-quality nutritional supplements, bars and meal replacement products to more than 170 WTA players, including eight of the current Top 10, and 15 players in the Top 20.

*The mentioned athletes and/or organizations are either distributors or dedicated users who have received compensation for their partnership and/or complimentary USANA products.