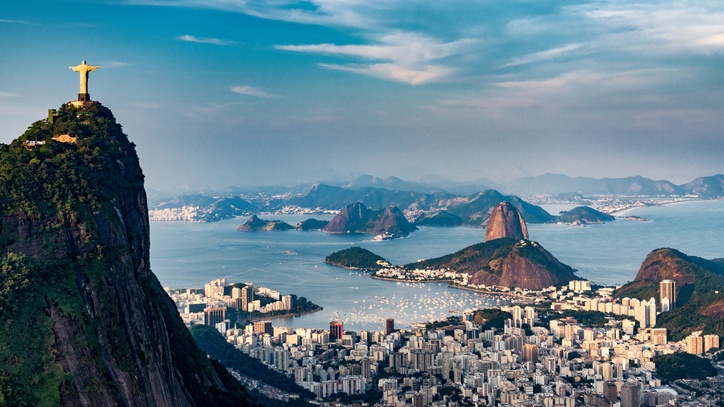 USANA is proud to sponsor more than 1,000 of the world’s elite athletes and offer them our high-quality and NSF-tested products. We’re even more proud to announce that over 70 of those elite athletes are making their way to Brazil over the coming weeks for a chance to capture gold for their respective countries.

Competing in everything from tennis to track and field, swimming to shooting, and boxing to badminton, Team USANA is one to watch.

So, what should you know as we head into the summer’s biggest sporting event?

From July 27–August 24 (Olympics) and August 30–September 21 (Paralympics), the International Olympic Committee (IOC) will be enforcing Rule 40 of the Olympic Charter, which limits what USANA and its Associates can do to promote its sponsored athletes on all social media outlets and through any marketing or advertising tools. Rule 40 prohibits competitors, coaches, trainers, and officials who participate in the Olympic Games from allowing their person, name, picture, or sports performance to be used for advertising purposes during the Games.

This means that during the Games, you CANNOT use the above athletes for promotional purposes. It could jeopardize their standing at the Games and can put them at risk of being disqualified from competitions and/or losing their medals.

With that in mind, we kindly ask that you refer to Team USANA’s social media outlets—Facebook, Twitter, and Instagram—for all approved and shareable content in order to avoid violating the IOC’s guidelines.

Team USANA athletes that have qualified as of July 21, and their respective sport. 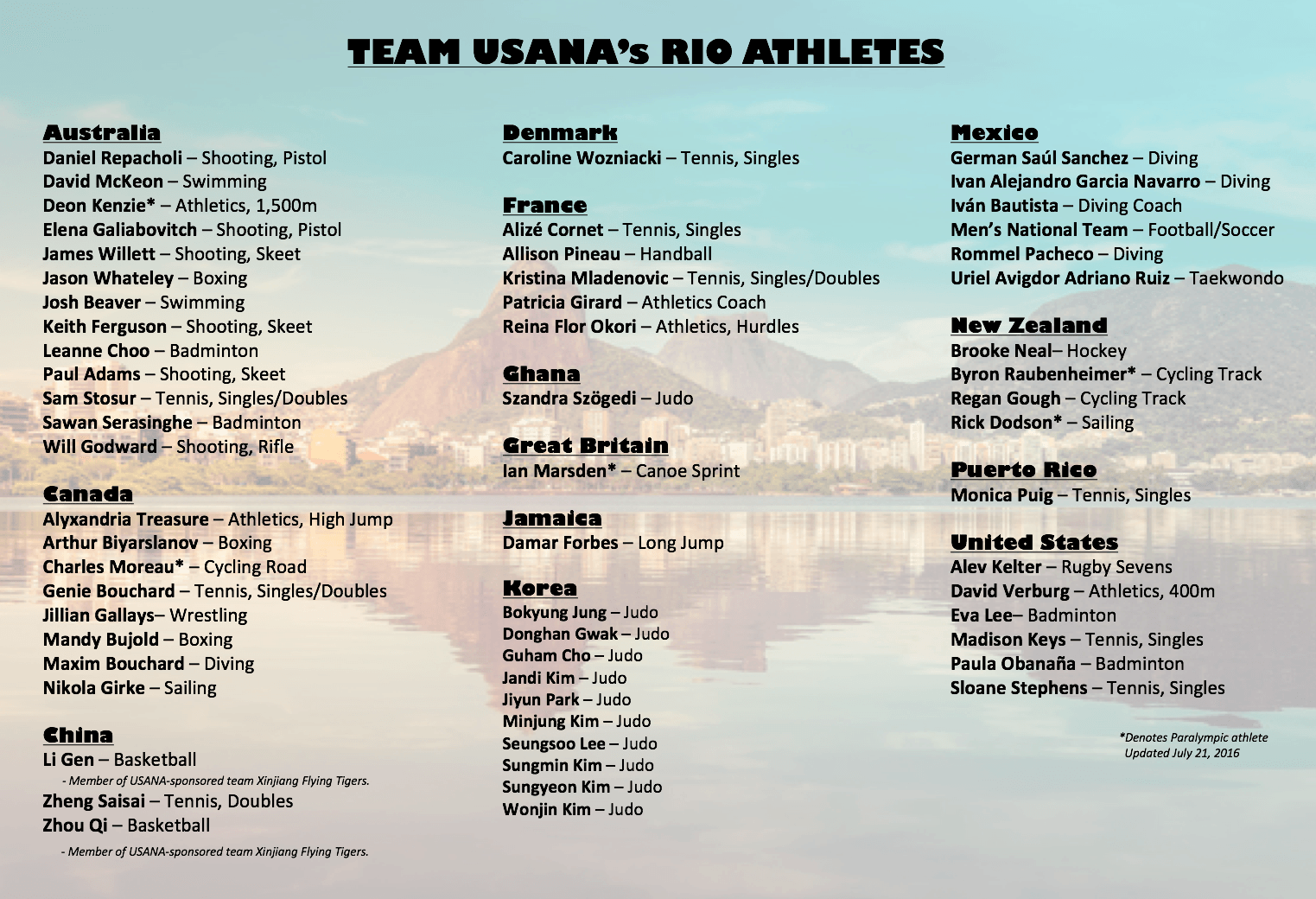 Official coverage begins on NBC on August 5. For local listings (US only), check out their schedule to make sure you don’t miss any of the action, or visit the official site of the Games.