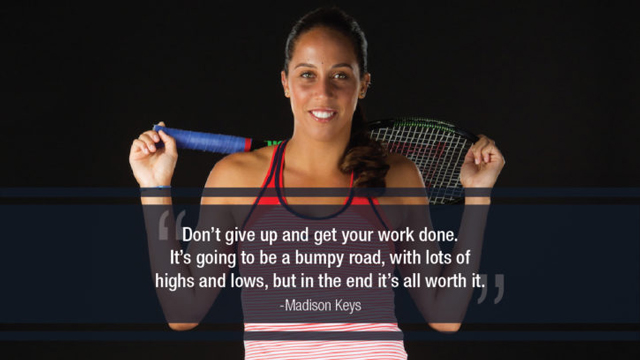 Positivity goes along way for Madison Keys. It’s a mantra she firmly believes in and lives by daily. Whether she’s coming off a tough loss or speaking on behalf of her sponsors and partners, she knows your mindset can determine how the next steps play out and whether or not you fail or succeed.

Having recently concluded her 2016 season in Singapore at the BNP Paribas WTA Finals Singapore presented by SC Global, the 21-year-old from Illinois has ended the year as World No. 8. Not only is it a career-high rank for her, but the accomplishment is a historic one as she is the first American to debut in the Top 10 since Serena Williams broke through in 1999. But her journey to the Top 10 wasn’t handed to her. Coming off a successful 2015 campaign, this season saw injuries and setbacks, but it also saw her capture her second WTA title at the Aegon Classic Birmingham and reach the finals the Internazionali BNL d’Italia and Rogers Cup. And this was all before Keys made her debut Olympic appearance in Rio de Janeiro where she made it to the bronze medal match, placing 4th overall.

“It’s been a very solid season for me. Making it to the WTA Finals has been a goal of mine for many years and I couldn’t be more excited to have qualified for it this season, and representing my country at the Olympics was also an amazing experience,” says Keys. “This past year was filled with great achievements not just for me, but for my team which is a big part of my success,” says Keys.

“I think I’ve learned a lot both on and off the court. I have a great team in place that has helped me take my game to a higher level and most importantly, find the way to get through some of the tougher matches. I feel that all of the improvements I’ve made this year on the court and in the gym are the result of hard work and commitment to being the best I can be.”

There’s no denying that her climb to the top is something that can’t be ignored as she continues to grab the attention of tennis and sports fans around the world. Even former World No. 1 Serena Williams has expectations of Keys one day holding the highest-ranking title.

But behind her success is the dedication, maturity and positive thinking she has put into her career that has helped her get to where she is today, and goes far beyond the tennis court.

Earlier this year, the young American joined forces with FearlesslyGiRL, a North American leadership organization dedicated to empowering young women and anti-bullying, as one its ambassadors. 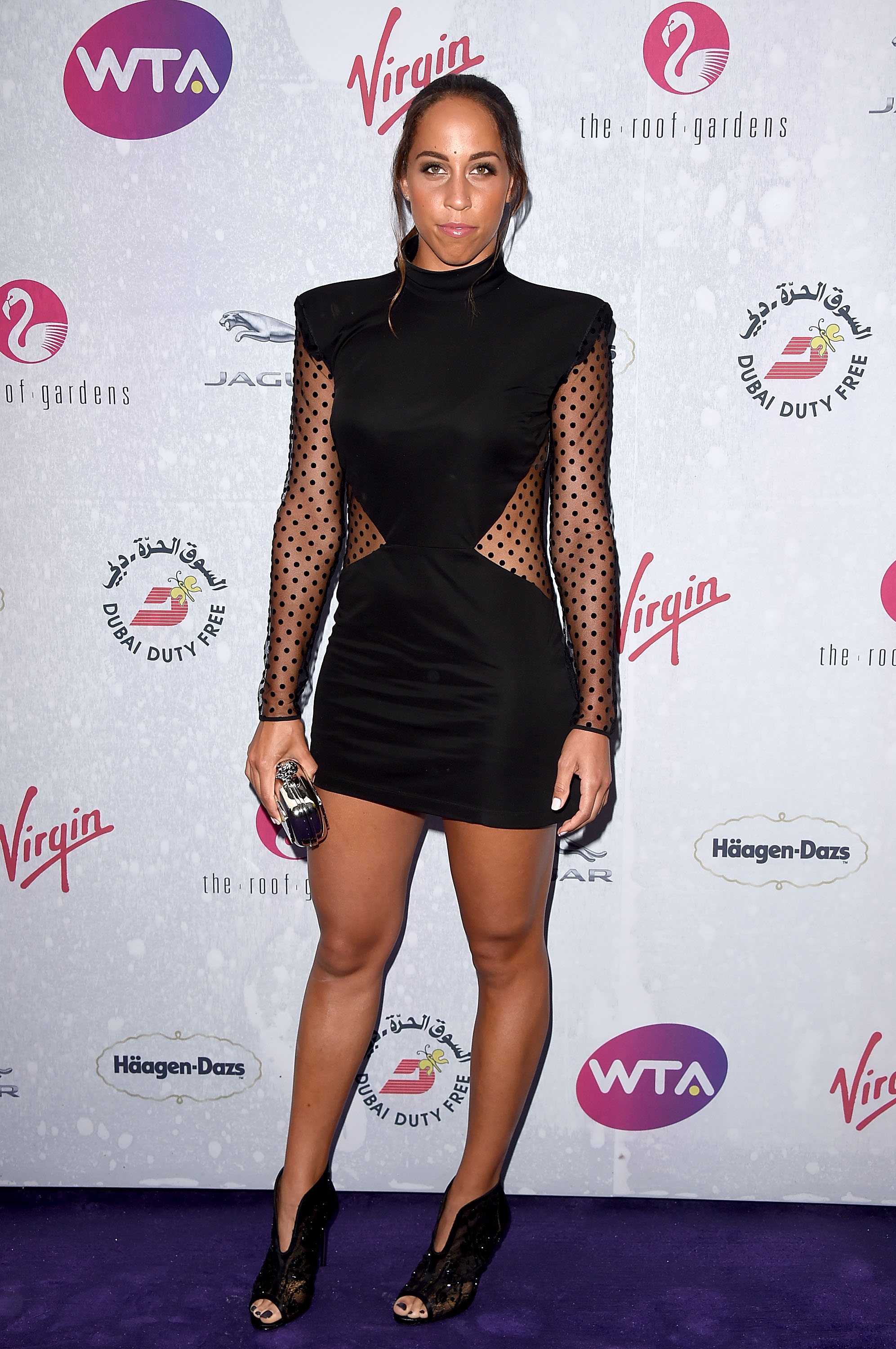 “I feel very privileged to be in a position where I can be a positive role model to young women, says Keys. “Through this partnership I will have a chance to provide positive influence on young women not just in the United States, but around the world. I’ve tried my best to be a good role model for my two younger sisters and FearlesslyGiRL will give me a very unique opportunity to inspire, help, encourage and be a big sister to a whole generation of girls.”

Beyond that Keys continues to spread her positive vibes to all of her fans through her social media accounts and interviews, reminding others to be kind to one another and to not dwell on setbacks when they come. Something all generations can benefit from.

So what’s next for youngest female in the Top 10?

“My goal for next year is to just to keep improving my game and myself as a person. If I work hard and keep improving, the results will come on their own. But right now I’m enjoying the off-season,” says the 21-year-old. “I haven’t seen my sisters in a while so it will be nice to be home for Thanksgiving. I also plan to spend some time at the beach resting and relaxing.”

Why she chooses USANA to fuel her: USANA provides all of the nutritional elements of my training and I know that if I take USANA products, I am safe. It’s a great brand to work with and they always have my back. 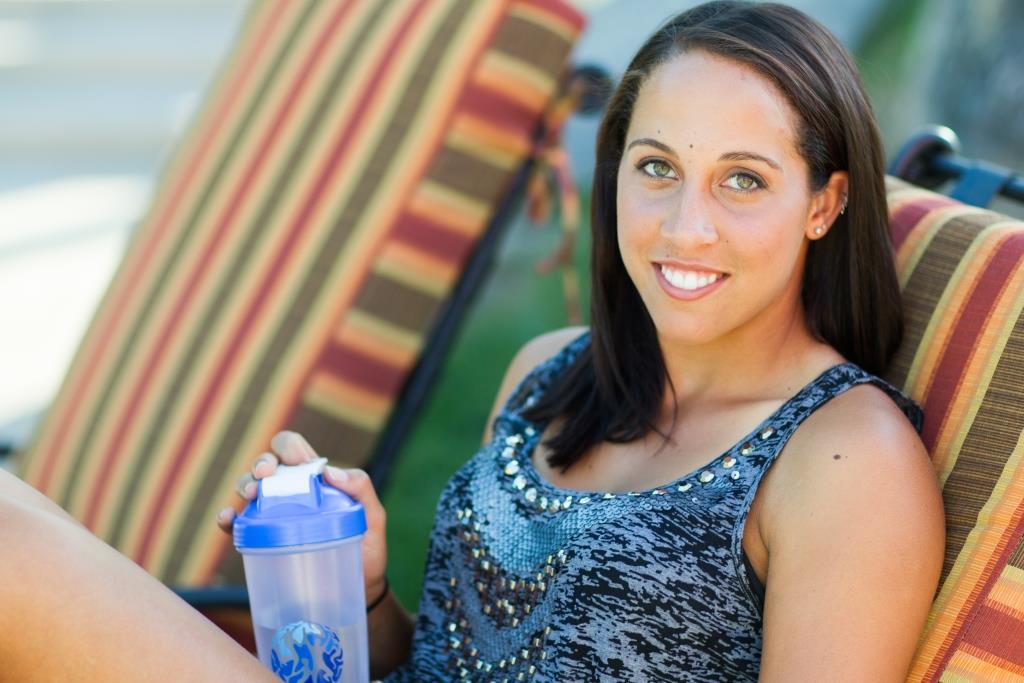 Her goal reaching advice: Don’t give up and get your work done. It’s going to be a bumpy road, with lots of highs and lows, but in the end it’s all worth it. Just believe that you can reach your goal and keep working toward it no matter what others may say. Always remind yourself that you’ve trained for this.

Her biggest inspiration: Definitely my mom. She is the strongest woman I know and every day she does something that really inspires me. I couldn’t do what I do and be who I am without her.

Why she started playing tennis: When I was a kid I was watching Venus Williams play at Wimbledon. She was wearing a very pretty white dress and I said to my parents that I would like for them to buy me that dress. They said they would get it for me, but only if I played tennis. So I started playing tennis.