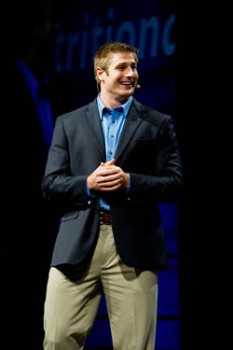 We had a chance to catch up with Andy Studebaker, linebacker for the Kansas City Chiefs and USANA Associate, during the USANA Cross-Regional Conference in San Antonio, April 13, 2012.

He gave an outstanding presentation, explaining why he began using USANA five years ago and why he believes so strongly in the company.

Thanks to Andy for taking time to record this video for our What’s Up, USANA? readers.

Be sure to follow Andy on Twitter (@studie32). We wish him and the Chiefs the best next season!

*The mentioned athlete is either a distributor or dedicated user who has received compensation for his partnership and/or complimentary USANA products.