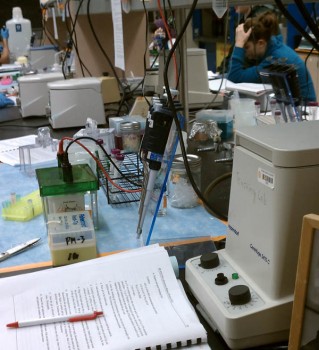 Researchers at the Linus Pauling Institute.

Science seems a scary, incomprehensible idea for some. In truth, it is nothing more than the quest for understanding. Today, scientists are simply using the corner pieces of previous scientific discovery as a starting point to complete the puzzle of existence.

USANA is a science company. Our lab-coat-clad scientists are interested in a particular section of the larger puzzle — developing a better understanding of how supplementation can promote optimal health. This understanding can lead to more effective products and help spread true health around the world — a worthy, if imposing, goal.

Luckily, USANA isn’t searching for puzzle pieces by itself. Although USANA’s team of scientists is second to none, good science often springs from collaboration. That’s why USANA also reaches out to the scientific community to build symbiotic research relationships with a variety of prestigious institutions and organizations.

“Solid science is the key to everything we do,” says USANA’s Director of Product Innovation Brian Dixon, Ph.D. “We want to stay on the cutting edge of nutritional research. That means we need to have a direct connection to the places where the groundbreaking research is being done.”

Dixon is talking about places like the Linus Pauling Institute (LPI) at Oregon State University (OSU). This world-class research institute — named after Dr. Linus Pauling, a pioneer in nutritional science and the only person to win two unshared Nobel Prizes — shares USANA’s mission to help people live healthy and productive lives through their research in vitamins, essential minerals, and phytochemicals.

At LPI, USANA has funded and collaborated on research involving vitamin C and lipoic acid interactions, zinc and DNA damage, the role vitamin D plays in immune function, an assessment of the micronutrient status of children, and numerous other projects. 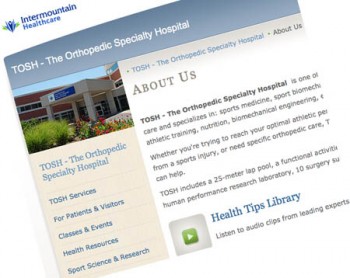 He is talking about places like The Orthopedic Specialty Hospital (TOSH). Since 1991, TOSH has been an international leader in orthopedics, sports medicine, and sports science — providing surgical, physical rehabilitation and medicine, and sports and nutritional science under one roof. USANA began partnering with TOSH in 2009.

The relationship has yielded one study about vitamin D in patients with osteoarthritis symptoms, and four other human clinical studies involving USANA products and joint health, strength recovery, and performance in athletes.

And Dixon is also talking about places like Utah State University (USU).

On the Logan campus — about two hours north of Salt Lake City — USANA and USU are examining the role of supplementation in counteracting the negative health effects of exposure to polluted air. Such exposure is the 13th leading cause of mortality worldwide, so this research could have a huge positive impact.

Partnering with research entities like LPI, TOSH, and USU — as well as others throughout the years — greatly benefits USANA. It allows the company to continue to produce the most effective, science-based products in the industry, and provides the extra layer of credibility that comes from working with some of the best researchers in the world.

But these research partnerships are mutually beneficial. The help USANA provides — monetarily and otherwise — gives partner institutions the ability to carry out important research that wouldn’t be possible using traditional channels, like the National Institutes of Health (NIH).

Grants from the NIH are part of a traditional, government-centric framework for research funding. Government grants typically pack a lot of zeros, but they are hard to come by, especially for work that isn’t a sure thing.

“They’re hesitant to put money into anything too risky,” says Adrian “Fritz” Gombart, Ph.D., an associate professor at OSU and an LPI principal investigator. “Somebody gets an out-there idea — and they may have good reasons for it — but the people giving out the money are conservative in their views and they may say, ‘Well, I don’t know. You might be wasting taxpayers’ money.’” 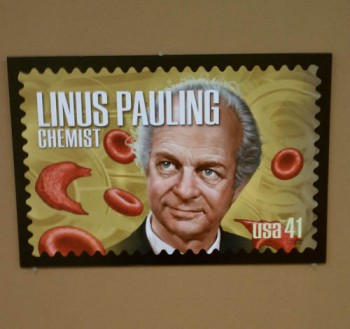 Paving the Way for Cutting-Edge Research

Some of the more unconventional, cutting-edge research gets dismissed, because the NIH and other traditional funding sources need to see significant evidence showing the possible viability of a study before they open the funding floodgates. As a result, this approach leads to only the incremental advancement of science.

“Without preliminary data, you can’t get any funding from NIH,” Frei says. Unfortunately, without money you can’t get any data, which has sent scientists scrambling for other ways to pay for their research. That’s where partners like USANA come in, providing the dollars to do pilot studies that accumulate the evidence needed to secure government funding.

“Even great scientists are having trouble getting money,” Gombart says. “So any source of money — whether it’s the government or a partnership with a company that has an interest in an area of research — is really important.”

Frei estimated that currently less than 10 percent of proposals to NIH are being funded. “We need to diversify,” he says. “And we need to have funding from the private sector as well, because the government is not providing enough funding for all the interesting ideas and projects we have in the Institute. Certainly, that’s where USANA is a big help.”

Being part of the advancement of nutritional science wholly aligns with USANA’s founding principles. Collaborating on studies and funding groundbreaking research is another way — using the vehicle of solid science — to spread true health.

“As a science-based company, we have a strong interest in having access to cutting-edge scientific data,” says Dixon, who spent time at LPI before coming to USANA. “But it’s important to help fund and collaborate on studies that lead to cutting-edge results. I’m excited to be supporting and working with other scientists who are doing important work that can have a positive impact on people’s lives.”

Editor’s Note: A version of this story originally appeared on USANAtoday.com. The first of in an in-depth series about USANA’s research partnerships introduces the world-class institutions we’re working with and the importance of these relationships.