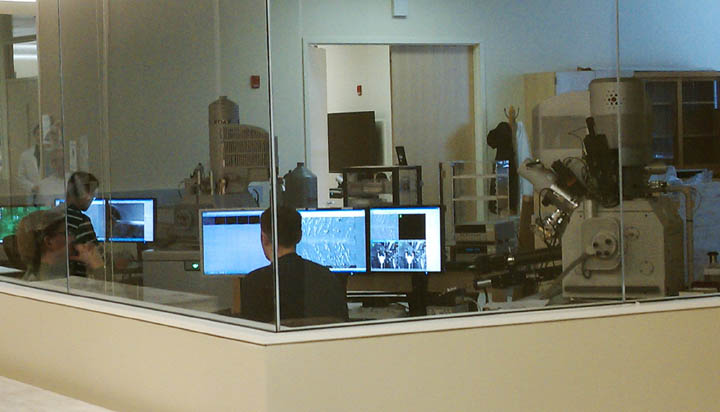 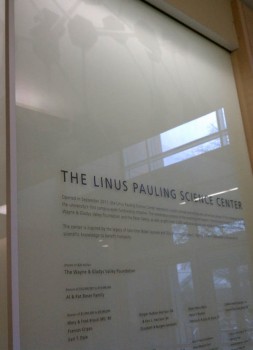 Inside the lab of a nearly new building. Inside a petri dish and the clear, seemingly non-descript liquid dripped from so many pipettes. Inside the cells composing various in vitro experiments and the DNA that builds life itself. Zoom in close enough on the Linus Pauling Institute, and you can see the mechanics of scientific discovery.

It’s for the discoveries that the new building, the new lab, the petri dishes, the pipettes, and the unquantifiable collection of scientific passion, knowledge, and energy exist. At the Linus Pauling Institute (LPI), it’s all dedicated to discovery — the game-changing kind that helps people live longer, healthier lives.

The researchers working on the campus of Oregon State University (OSU) in Corvallis are following in the footsteps of the scientific pioneer that lends his name to the institute. Linus Pauling, Ph.D., is the only person to win two unshared Nobel Prizes — Chemistry in 1954 and Peace in 1962. From a 13-year-old chemist in his mother’s basement, Pauling grew into one of the most important scientific figures of the 20th century, breaking ground in the nature of the chemical bond, and micronutrient research — especially the importance of vitamin C.

In 1973, Pauling co-founded what eventually became LPI. Basing their research on the idea that a balanced and nutritious diet is the key to optimal health, LPI scientists focus on how vitamins, minerals, and phytochemicals (chemicals from plants) play a role in human health. Nearly 30 years later, Pauling’s belief that micronutrients are important is still central, uniting the work of the researchers who carry on his legacy.

“I always have to laugh when MDs say, ‘We don’t need this vitamin!’” said Balz Frei, Ph.D., director and endowed chair of LPI and OSU distinguished professor of biochemistry and biophysics. “Wait a minute. Vitamin? ‘Vita’ is Latin for life. These things are essential nutrients. We need them. Without them, you die or suffer from serious disease.”

It’s this mix of mission and excellence that brought USANA and LPI together in 2007, when a 10-year partnership was announced to facilitate the exploration of key nutrients to help people live healthy and productive lives.

“We have very similar interests and very similar mission statements,” Frei said. “Our focus is on health span, not so much life span. Of course, if you eat right and you exercise and you take the right dietary supplements you hopefully live longer, but you also live better…USANA is focusing on health span, too — trying to help people stay healthy up to an old age and help them be productive, and not just free of disease, but also vital and energetic. This makes perfect sense, then, for the LPI to partner with USANA.”

The partnership comes to life in the financial support USANA provides for projects at the institute — scientific- and outreach-related — and intellectual collaboration on mutually beneficial research. It’s a win-win, with LPI getting support for projects that are tough to fund through traditional channels, and USANA staying connected to pioneering research and the advancement of nutritional science.

The work most closely associated with Pauling’s is coming out of the Frei lab. Building on a seminal paper he wrote called “Vitamin C is an Outstanding Antioxidant in Human Blood Plasma,” which has been cited over 1,200 times, Frei has continued his vitamin C work, but also explores other compounds and their role in slowing the progression of atherosclerosis — the hardening of arteries caused by plaque build up.

Frei’s research examines the interaction between vitamin C and lipoic acid. Along with fellow LPI researcher, Tory Hagen, Ph.D., Frei is looking at the anti-inflammatory properties of these compounds. Two ongoing clinical trials at Oregon Health and Science University (OHSU) are looking at the effects of lipoic acid supplementation in overweight subjects and heart disease patients. 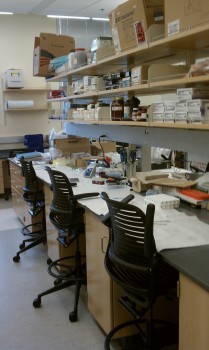 The interaction of flavonoids with digestive enzymes is also of interest to the Frei lab. In vitro studies have shown certain flavonoids and extracts, like grape-seed and green tea extract, can inhibit digestive enzymes, slowing starch breakdown into glucose, which lowers the body’s response to this high-glycemic food. They are working to take this from the lab to humans — the goal of all the research at LPI.

Of course, Frei isn’t the only scientist at LPI immersed in interesting research. Visit the office of Emily Ho, Ph. D., and it’s easy to guess one of her lab’s interests. It’s green, stuffed, and sitting in a chair next to her desk.

Broccoli — specifically the sulforaphane found in broccoli sprouts — is one of the two areas Ho’s lab is researching. The LPI principal investigator and associate professor of public health and human sciences also works on zinc projects. Prostate cancer prevention is the thread tying her research together, but she also looks at inflammatory response and immune function, as well.

“You can’t always get a prostate from people, so we study other things, as well,” Ho said with a laugh.

Ho and her collaborators recently ran a controlled feeding study looking at zinc and DNA damage. They found DNA damage increased through the depletion period of the study, and after four weeks receiving adequate zinc — through diet and supplements — subjects’ DNA damage levels returned to normal. There isn’t a good biomarker for zinc status, so one of Ho’s missions is to find a measure that indicates deficiency in this important antioxidant.

Ho has also worked with an LPI colleague to identify a new mechanism for sulforaphane. Now they are running two clinical trials at OHSU in breast cancer patients and men with high risk of prostate cancer. Ho is using epigenetic biomarkers — reversible changes to the genome that occur outside the DNA and alter the way cells behave — to test the impact of sulforaphane.

Each LPI researcher is different. Adrian “Fritz” Gombart, Ph.D., doesn’t have any stuffed effigies in his office, and the LPI principal investigator and associate professor of biochemistry and biophysics prefers to focus on the role vitamin D plays in the innate immune response — the system that signals the presence of a pathogen and prevents it from gaining a foothold in the body.

The research Gombart is doing provides a better understanding of vitamin D’s role in immune function, and could shed light on its ability to regulate an antimicrobial peptide gene called cathelicidin in different immune cells, as well as the response to different infectious diseases. Soon, he is hoping to do human clinical studies examining whether higher vitamin D status leads to higher cathelicidin levels in a large population of healthy people.

Around LPI, Fred Stevens, Ph.D., comes up a lot. The LPI principal investigator and associate professor of medicinal chemistry is working with cutting-edge techniques that could speed up the normally slow process of scientific advancement.

These techniques present a different way of approaching problems and allow for scientific connections to be made more quickly. In a recent study, Stevens and his collaborators used the techniques to make an interesting discovery about vitamin C deficiency. The results suggest vitamin C is critical for maintenance of cellular energy metabolism, and could explain why vitamin C insufficiency causes fatigue.

Another LPI principal investigator, Gerd Bobe, Ph.D., is using Stevens’ techniques to explore the health benefits of various foods. Bobe, an assistant professor in animal sciences, said these techniques give us a better idea of what a drug, supplement, or diet does to a specific person, allowing for more personalized treatments and preventions. 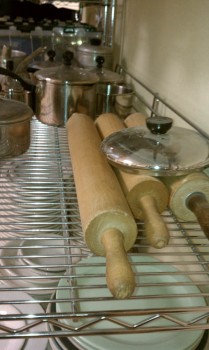 Bobe is also lending his statistics skills to the Healthy Youth Program. This outreach effort is tackling the issues of nutrition and physical education in schools. Since its inception in 2009, the reach of the Healthy Youth Program has grown substantially. It started with a fitness and nutrition study in elementary school children and an assessment of their micronutrient intake. Now, the program runs cooking classes for children and partners with Corvallis High School to develop a garden maintained by students.

Through collaboration on cutting-edge research and support for programs providing nutrition education and activities for kids, USANA has found a kindred spirit in LPI. In the future, this partnership will continue to help people find optimal health and live longer, more productive lives.

Editor’s Note: A version of this story originally appeared on USANAtoday.com. It’s the second article in an in-depth series about USANA’s research partnerships.