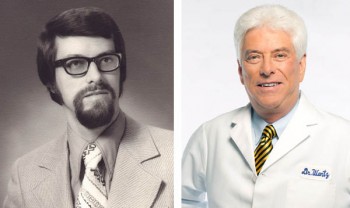 Dr. Myron Wentz: Then and Now

It is impossible for a person to know about USANA Health Sciences and not know about its founder and chairman, Dr. Myron Wentz.

His name is synonymous with health and wellness, and his research on the human cell has spawned a half a billion dollar company that spans the globe and touches thousands upon thousands of lives every single day.

But before USANA Health Sciences, Dr. Wentz was just a scientist. With a Ph.D. in microbiology with a specialty in immunology from the University of Utah, Dr. Wentz founded Gull Laboratories and spent 20 years developing medical diagnostic test kits designed to detect infections and certain autoimmune disorders.

It was here that he discovered the value of antioxidants in countering the negative effects of free radicals in the human body. He realized that if the human body was provided with comprehensive nutrition, one could sustain long-term health. 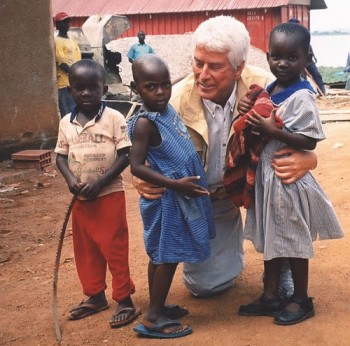 Dr. Wentz on one of his many service missions to support Children's Hunger Fund

It was under this premise that Dr. Wentz founded USANA Health Sciences in 1992. Dr. Wentz believed in providing people with complete, balanced, and comprehensive nutritional supplements manufactured in state-of-the-art facilities.

While USANA’s products are aimed at spreading this vision by helping people maintain their health, it’s not the only way in which Dr. Wentz demonstrates his dedication to others.

He founded the Sanoviv Medical Institute, a revolutionary medical facility that focuses on treating and healing people holistically; has been a consistent supporter of Children’s Hunger Fund, donating money and Usanimals™ children’s health supplements to children in need; opened Wentz Medical Centres in Uganda and Cambodia to help combat disease and provide health education; and helped fund the Wentz Concert Hall and Fine Arts Center at his undergraduate alma mater, North Central College in Naperville, Illinois.

“My dad has always been an inspiration to me, but looking back at how far we’ve come in the last 20 years with USANA, I am blown away. His never-ending pursuit of optimal health through scientific research and discovery has led this company far beyond either of our expectations, and I am extremely proud of what we’ve accomplished together. He has changed the world with his ideas, spirit, and service, and with USANA, we will continue his vision into the future.” 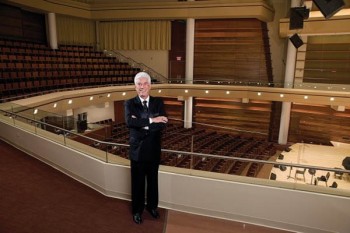 Dr. Wentz at the Wentz Concert Hall in Naperville, Illinois

While his primary focus is on health and disease prevention, Dr. Wentz is also passionate about music and music education. In 2003, he decided to make a serious contribution to North Central College’s performing arts program.

Over the course of a year, Dr. Wentz donated nearly $10 million to North Central, much of which went to fund the construction of the Wentz Concert Hall and Fine Arts Center.

And while he won’t take time to play golf or read novels, he does like to read, in addition to science-based books, weird things like medical and foreign language dictionaries.

Dr. Wentz loves pickled herring and anchovies, and he also enjoys taking naps. While he could work anywhere, his favorite office is in the garage.