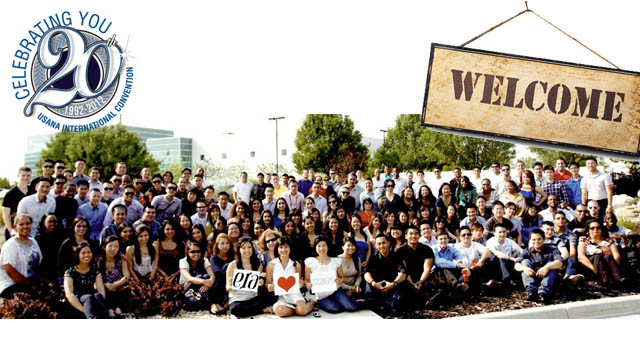 They’re coming by land and air. Plane, bus, and automobile. Thousands descending on Salt Lake City for the biggest party USANA party ever. The rush is on, and with good reason. USANA’s 20th International Convention is coming. It’s close, and it’s a big one.

Tomorrow the festivities start in earnest. But today and yesterday were all about arriving — and doing it in style.

For Team NEX, that means about 350 people rolling into the Salt Lake Valley packed into all manner of mechanical muscle. It was a sight to see. Cars — some fast, others faster — all running on gasoline with an extra tank of youth for boost. 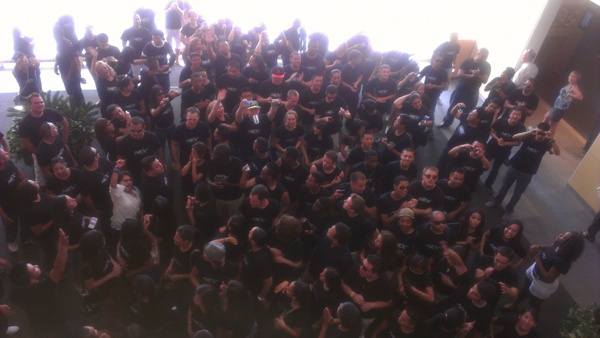 Team NEX at the Home Office on Tuesday.

They spilled out into the halls of the USANA Home Office clad in black T-shirts, brimming with excitement and energy. We even caught up with Mr. NEX himself, 2-Star Diamond Director Aaron Dinh.

That’s one way to do it. Some preferred to cruise at altitude. Like the 185 Associates who chartered a flight from Montreal to Salt Lake City. It was off the plane and onto three tour buses awaiting plane-side, ready to whisk them into downtown Salt Lake — into Convention Central.

The bus has the size advantage, but the limousine has all the flash. And more than a few jet-black limos cruised out of Salt Lake International with USANA VIPs hidden behind the dark tint. 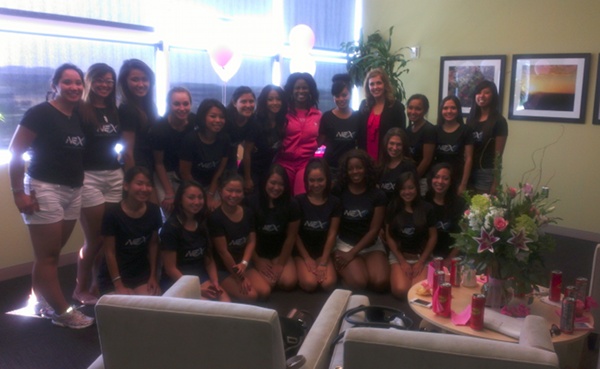 Team NEX ladies at the Home Office on Tuesday.

No matter how you get there, we’re all going to the same place. The Salt Palace in downtown Salt Lake City turns into the center of the USANA world very soon. The basics of #USANA12 are arriving on pallets, being unpacked by USANA employees, and set up for tomorrow.

But it’s not really complete until all of you show up. It’s not much of a party without all the guests of honor, right?

Team ERA visits the USANA Home Office ahead of the 2012 USANA International Convention.

On Monday, Team ERA rolled into the USANA Home Office — 200 individuals piled into more than 40 vehicles and enough enthusiasm to light up Salt Lake City. Don’t believe us? Take a look at the evidence…

Get the Party Started

Later on Monday — and before its arrival at the Home Office — the NEX crew headed to the mountains for a little gathering with Dan Macuga, USANA Chief Communications Officer, and Dave Wentz, USANA CEO. Take a look at the videos the team posted…

If you’re following along on Twitter or Facebook, you’ll notice a ton of excitement from all ends of the earth. It’s a lot of fun watching the tweets come through from faraway places as Convention-goers embark on the journey of a lifetime. Here are a few that caught our eye. Throughout Convention, be sure to keep the tweets coming — and don’t forget to tag them with #USANA12so we can be sure to see them!

Goin from storm area to fire danger zone. Let's see what else we can find otw to #USANA12 pic.twitter.com/27ON9hvl

Brrrrrr!!! Brisbane feels like the Antartica. Ready to get to the airport to board my plane to SLC #usana12 Yeah!!

#usana12 The sun may be going done but were Salt lake city bound.. http://t.co/W2e02QyA

I really should sleep,but I can't! Ready to see all of our speakers! #excited #USANA12

@USANAinc 4all those enroute #USANA12. Its not #magical. YOU jumped through hoops, crossed the bridges. YOU #madeithappen! Safe travels all

Packing our bags, heading out to the best live event in USA! #USANA12

Getting Reved up at @USANAinc home office! #USANA12 #ERA http://t.co/YGxE9MBo