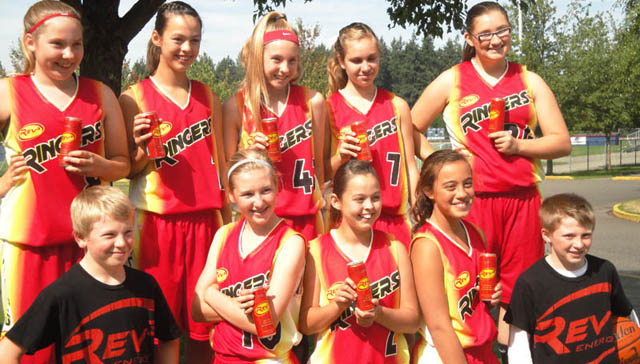 The Rev3 Ringers, a basketball team based in Tumwater, Wash., and sponsored by USANA Diamond Directors Dustin and Melissa Fields, definitely embodies the Rev3 Energy® spirit. 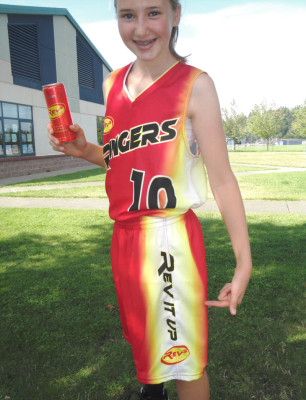 Madison Fields shows off the eye-catching jersey she and the Rev3 Ringers wore all the way to a league title.

“Rev3 was a huge hit!” Melissa writes. “Every weekend the team had a double-header, so we gave the girls a can in between their games. It gave them all a healthy surge of energy and caught on among the parents as well.”

A surge of team spirit, coupled with the excitement of the jerseys and of course the Rev3, catapulted the team to the top of the league.

The Rev3 Ringers, which includes Dustin and Melissa’s daughter Madison, went 12-2 during its championships season.

The ultra-competitive league draws some of the best teams in the Northwest and is made up mostly of eighth- and ninth-grade girls, Melissa explains. Nearly half of the Rev3 Ringers, however, are currently in sixth and seventh grade, making their accomplishment that much more impressive. 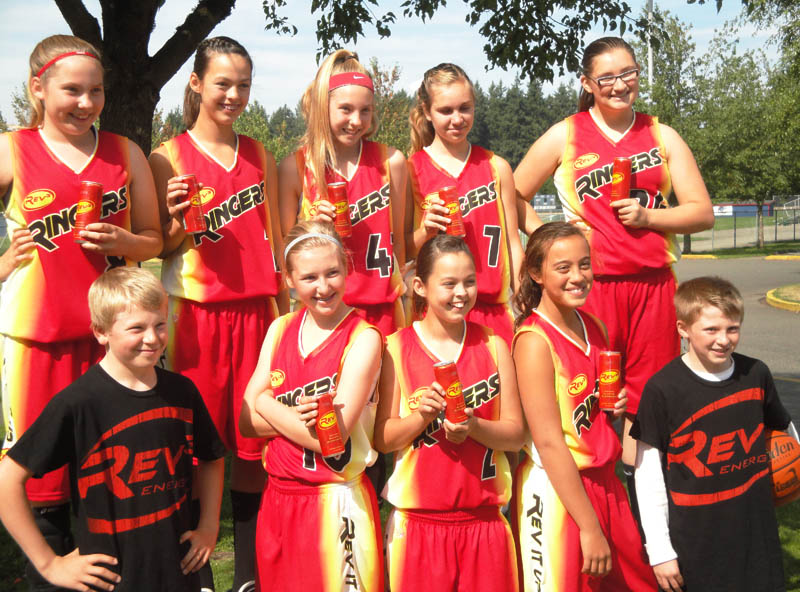 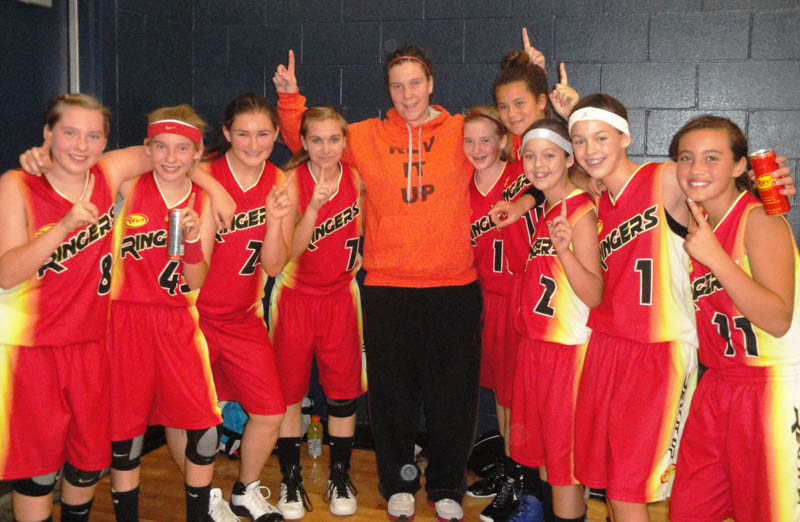 Road to a Championship

Friendships that formed a little over a year ago have translated into on-court — and off-court — success. 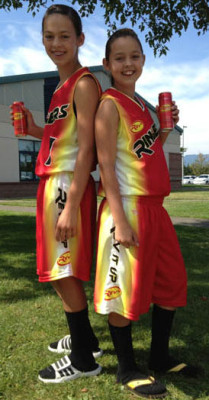 In the summer of 2011, Dustin and Melissa were looking for a competitive year-round basketball league for their daughter. They connected with Rachel and Kelly Armstrong, who sought the same.

Soon, other families were invited to join and strong relationships began being built. Dustin and Melissa started sharing the USANA story with the Armstrongs, who ultimately enrolled as Associates and are now part of a fast-growing team. 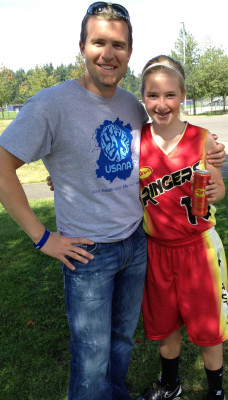 When the fall league season came around this year, Dustin and Melissa were inspired to kick it up a notch in terms of look and spirit.

Dustin decided to rename the team the Rev3 Ringers, a moniker he’d been kicking around for some time. Several hours of brainstorming produced one awesomely eye-catching jersey design.

Needless to say, the team loved everything about it, had a lot of fun during the season and was more than happy to celebrate a well-deserved championship with an ice cold can of Rev3.

Congratulations to the Rev3 Ringers! We can’t wait to watch you defend your title next season.

My First USANA Convention, and I Was Blown Away
3 replies