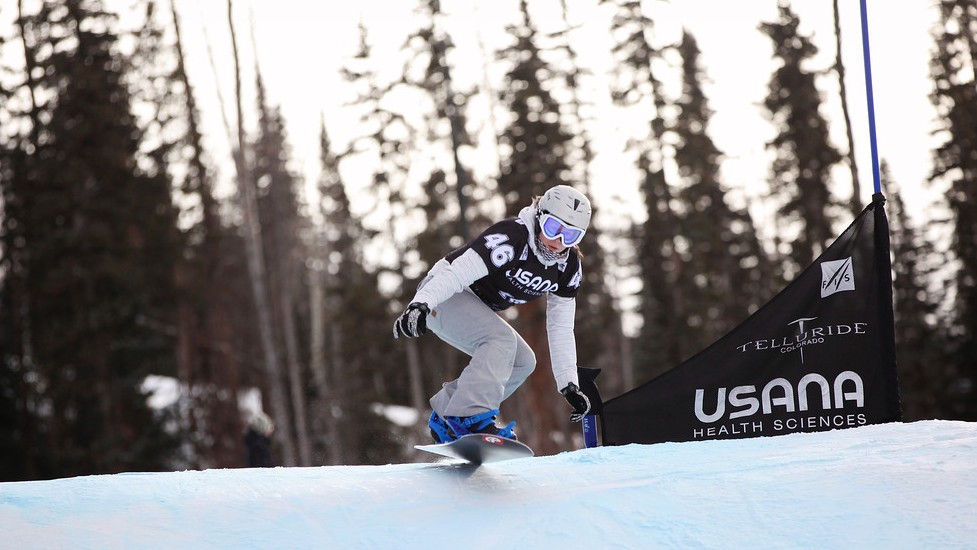 Many of you may be fans of skiing and snowboarding, and all of you are fans of USANA. When you put that together you get the USANA Snowboardcross Cup. This USANA sponsored event is the scene for intense snowboarding and skicross competition. The USANA Snowboardcross Cup features a parallel giant slalom and both individual and team snowboardcross events plus individual skicross events. The event took place this past weekend, but it will air on NBC and NBC sports network this Saturday. Here’s the schedule:

Check out some crazy good action photos from the event. All event images are by Sarah Brunson, U.S. Skiing/Snowboarding.

Team USANA has sponsored four new athletes in the past month. We are excited to have them part of our team. They are all active on Facebook and Twitter, and I hope we can give them our support as they dominate their sports.

Sarah Hendrickson (@schendrickson) has already won a World Cup and making headlines at others. The U.S. Women’s Ski Jumping team is doing very well as well. In Austria, five U.S. women placed in the top 12. The team is very deep and is way excited to compete at Sochi 2014.

What is Snow Globe? It’s USSA’s YouTube channel. I would ask all of you to go check it out. It is fun, clean and entertaining. The host, known as Uncle E, leads you through what is going on at USSA, who is competing, and he interviews many of the athletes. It is a good way to stay in touch with everything that is going on in the USSA. Go on to YouTube and check it out. You won’t regret it.

In conjunction with the airing of the USANA Snowboardcross Cup on NBC Saturday, we’re giving away some awesome U.S. Snowboarding gear to the people who watch.