Convention season — and that includes USANAfest — is upon us at the Home Office. You know what that means: everyone is running around dreaming up the best way to put on a fantastic event.

We all take on different jobs this time of year, which can get crazy but usually it’s crazy fun.

One of my favorite things is seeing everything we dream up come to fruition. A few that came to mind from past conventions: 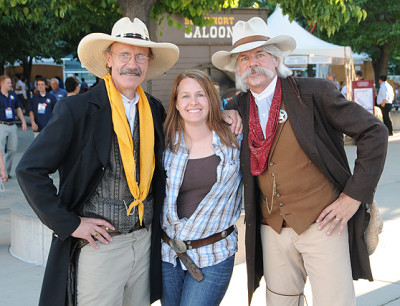 Here I am with some “hired guns” from a Wild West-themed USANAfest.

It’s a busy time of year but I love the energy in the building as we all rush to make this the best event ever.

My primary convention job for the last few years has been USANAfest. Yep, I get to plan the opening party. I love it. For two months each year I get to do something completely different from my normal job (which, as online content supervisor, involves mostly USANAToday.com).

I’m not sure how I got the USANAfest job initially, but since I love to plan parties, it’s a perfect fit. Planning USANAfest is made so much easier by us having such talented people to work with.

One group that fits that category is The Free Radicals, a band made up of USANA executives. 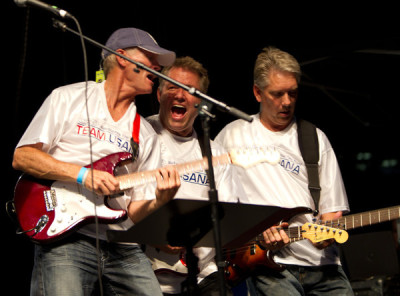 Alan Bergstrom, Mike Rytting and Kevin Guest, of The Free Radicals, always put on a great show at USANAfest. 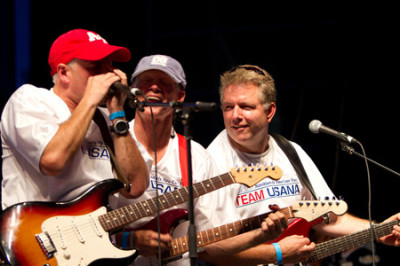 Shawn McLelland, Alan Bergstrom and Mike Rytting, of The Free Radicals, always put on a great show at USANAfest.

I love that we have all this talent here. Our executive team ROCKS — literally.

Always a Surprise or Two 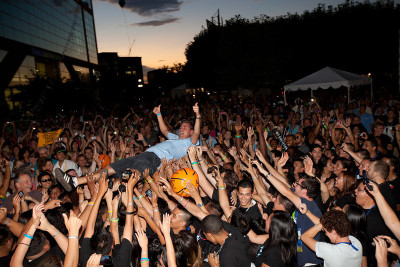 The fantastic talent I get to work with is only part of why I love USANAfest. Another big reason is the fact that you never know what’s going to happen.

USANAfest: For a Good Cause

USANAfest is so much more than a fun convention-opening party. It’s also a great way to support the USANA True Heath Foundation. 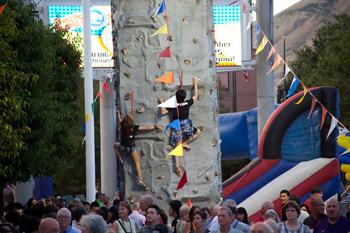 USANAfest is a lot of fun, but it’s even better knowing that money raised goes toward a great cause — the USANA True Health Foundation.

All proceeds from the carnival-like games and other activities at USANAfest go straight to the Foundation, and in the past we’ve put together some fun games to earn money.

We’ve had a rock climbing wall twice and a mechanical bull during our Wild West-themed party. And remember the year we had a racetrack with remote controlled cars?

I like the year we had the booths that took an image of your head and placed it on little dancing figures. Those were fun.

I know one of the management team’s favorite years was when we had a dunk tank and everyone got the opportunity to dunk them. Or maybe that was the employees’ favorite year?

Who knows what we’ll have in store at USANAfest this year? I know one thing: The Aug. 14 event will be a lot of fun!

No matter how you look at it, USANAfest is always a great time and knowing all the money you spend goes to help others makes it even more fun.

I know that’s part of the reason I love the event. USANA pays me to plan it and pays for the event, but then gives all money raise to those in need.

That’s pretty awesome. So make sure to stop by this year and play some games, listen to some great songs and get ready for what’s sure to be an incredible convention week! 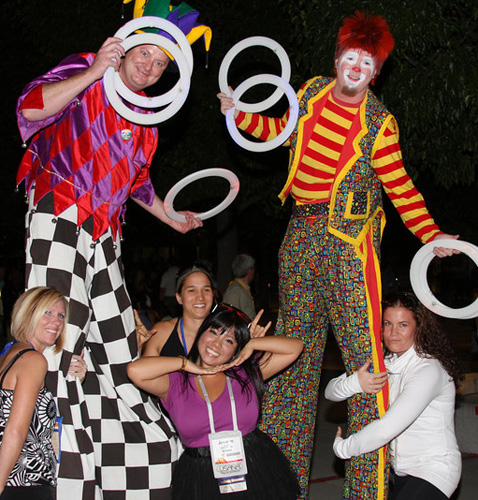