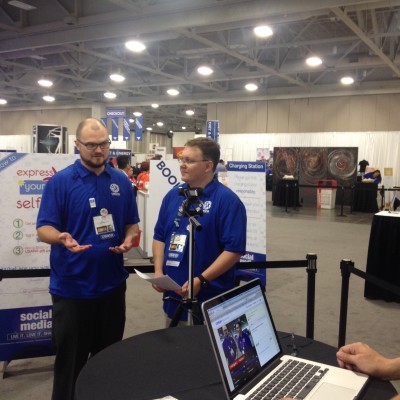 Originally, I thought this first post on #USANA14 would be like recapping the pilot episode of an amazing TV show. We’d have to get to know a host of new characters, story lines, and settings.

But this isn’t a pilot—not in the traditional way. #USANA14 is more a really well-done reboot.

Some familiar faces. The same setting with new set dressing. A lot of new people you’re excited to meet and spend time with. And the suspense of new story lines you can’t wait to see play out.

Whatever it is, #USANA14 is must-see-TV.

The thousands of people rushing through the doors as they were opened at 9:00 a.m. would agree. All the excited shoppers snatching up new logo gear would concur. Everyone rushing from one ultra-informative training stage to another would fav and retweet that statement. Episode 1 of #USANA14 was great by itself—reuniting with old friends, basking in the energy of thousands, seeing all the #USANAselfie posts. But the best part is how it sets up the next three days of announcements, inspirational speakers, and so much more.

Luckily, you don’t have to miss a thing going on in Salt Lake if you check #USANA14 on your favorite social media site. And our live streams—beamed directly from Salt Lake City to your computer screen—are a great way to keep track of the action.

But what did you think about the first day of #USANA14? Share your favorite moments with us, and get ready for an epic second episode tomorrow.

One more thing! USANAfest is going on right now! Head over to EnergySolutions Arena for an amazing, beach-themed concert!