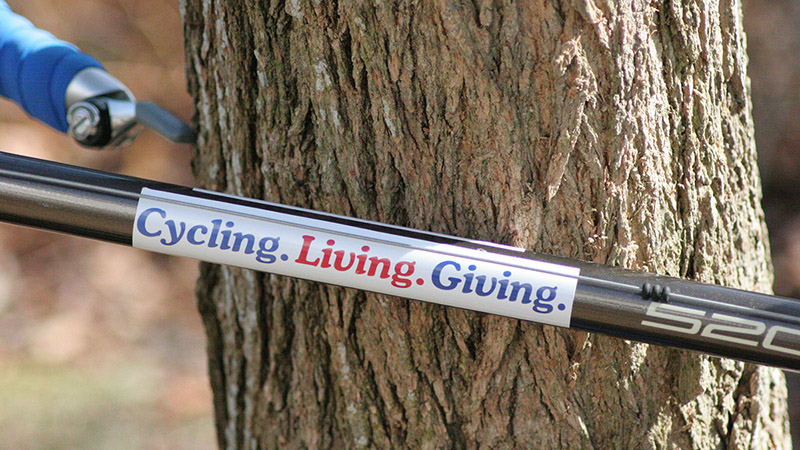 Isaiah Rain Maynard spent the summer after he graduated from high school riding his bike across the country. Literally, his back wheel started in the Pacific Ocean and his front wheel ended in the Atlantic Ocean. He rode for almost 4,000 miles to raise awareness and money for the USANA True Health Foundation. What compelled you to ride across the country for the True Health Foundation? I wanted to bike for something greater than myself. I thought this was a good outlet to bring about awareness and give back to a lot of people that aren’t necessarily able to do what I was doing.

What are you going to do now? I’m going to have to sit on it for a little while [laughing]! It made me want to dream up another adventure; something bigger and better. I need to unpack everything that I learned first and keep thinking about it.

How do you feel having completed something that most people could never do? It definitely has made me a stronger person. There were times when I really didn’t want to keep going and I persevered through it and it really paid off in the end. I’m sure that’s going to be a philosophy that stays with me for the rest of my life.

What was the hardest part? In the beginning, it was being alone. I had never been out on the road all day by myself and then had to find a place to stay each night by myself. That was hard. But then, towards the end, I really enjoyed being alone and actually wanted to be alone. That was the only major challenge.

Were you ever scared? I was never scared and I never felt like I was in danger. The only thing I worried about was getting hit by a car. 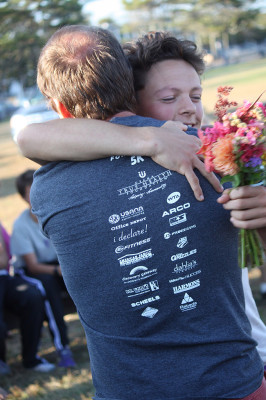 Tell me about the support that you had. Family support was definitely the biggest.  Both of my parents had been through it themselves.

My brother was a huge support too and he was getting really inspired by my trip and my twin sister was also there for me. That was the longest time that we’ve been apart. She’s really proud of me for accomplishing something that had been a dream of mine for two years. And then, all my friends were super into it.

On top of that, my blog and my facebook page had over 900 people checking in on me. That was huge.

Tell me about how much money you raised? I raised about $4,200 for the True Health Foundation. My goal was $10,000, which was pretty ambitious, but I’m super happy with the amount that I raised.

And you just received an award. Yeah, the Champions for Change Award and now I’m one up on my dad for hardware! I got to go up on stage and that was a really cool experience.

To learn more about Isaiah and his incredible bike ride coast-to-coast, visit his blog, his Facebook page and watch this video.