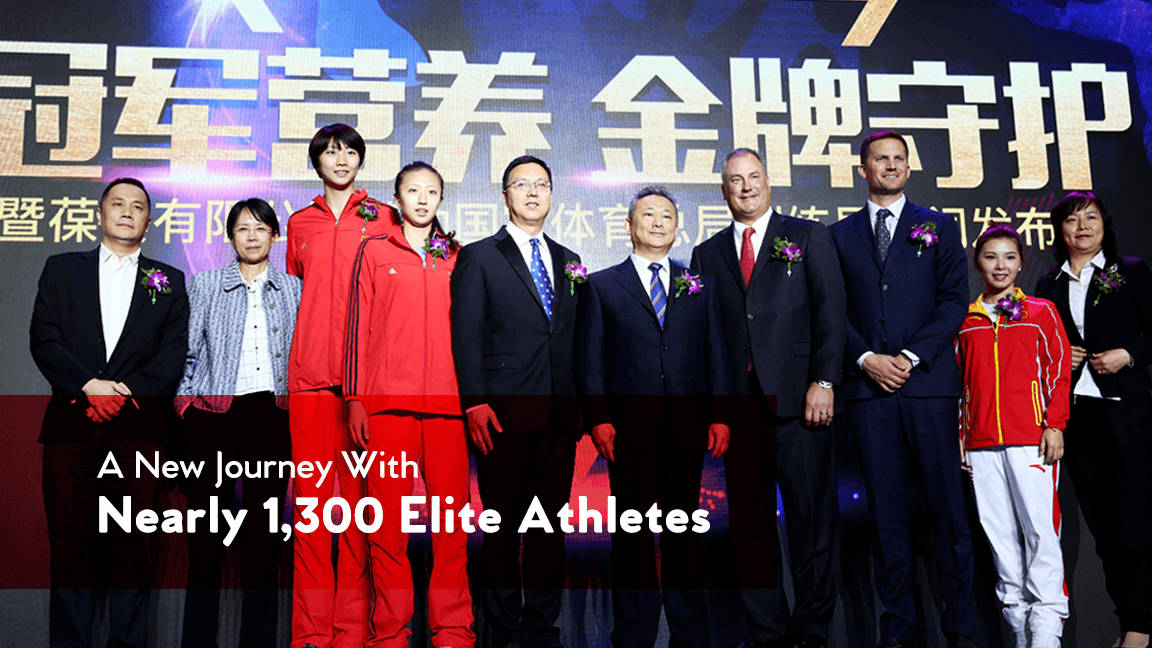 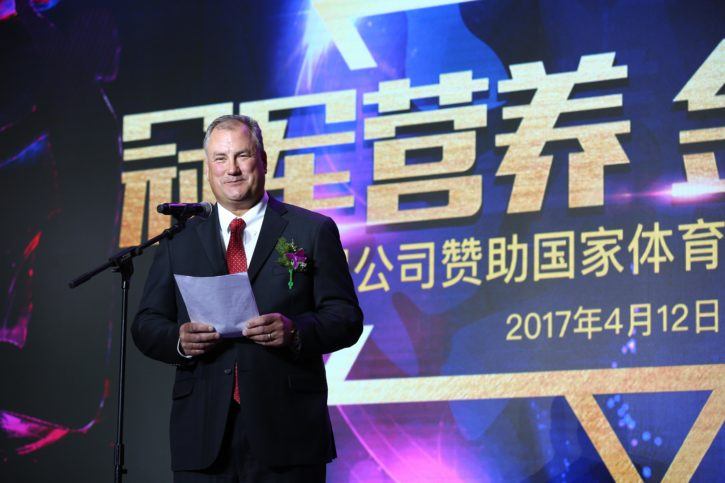 “I am very honored and excited to be here today to celebrate our partnership with China’s General Administration of Sports Training Bureau,” said USANA Chief Communications Officer Dan Macuga. “This is an exciting moment for BabyCare and for our future in China. This significant partnership means a lot for BabyCare’s future.”

“We have strict standards for athletes’ nutritional supplements. USANA products (China) have passed the tests from several authoritative organizations, including the National Anti-Doping Testing Research Center, and met the national and global standards. USANA (China) will work with our athletes on the journeys to success from now on,” added Tiehang Lv, deputy director of China’s General Administration of Sports Training Bureau. 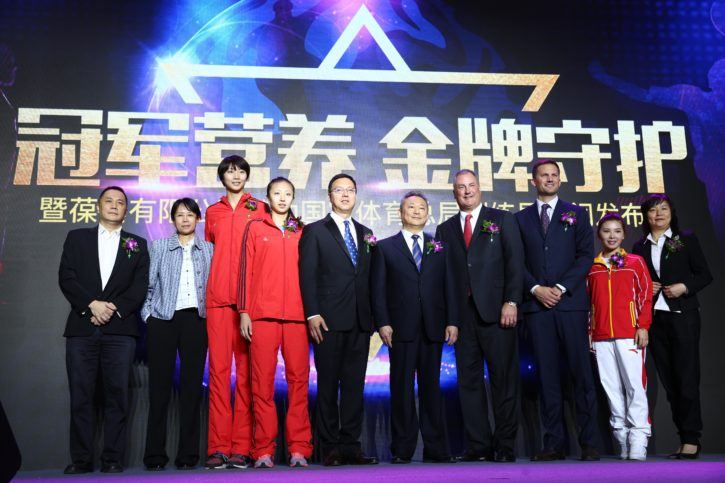 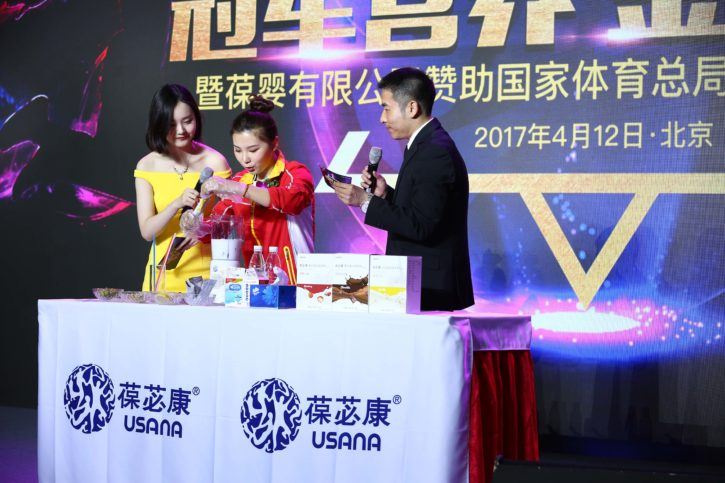 Kexin He was making USANA smoothies

“As gymnasts, we have to manage our weight,”said He, while making a USANA shake as the audience watched. “We will take nutritional supplements to support our daily diets. For supplements, the most important standard is safety.” 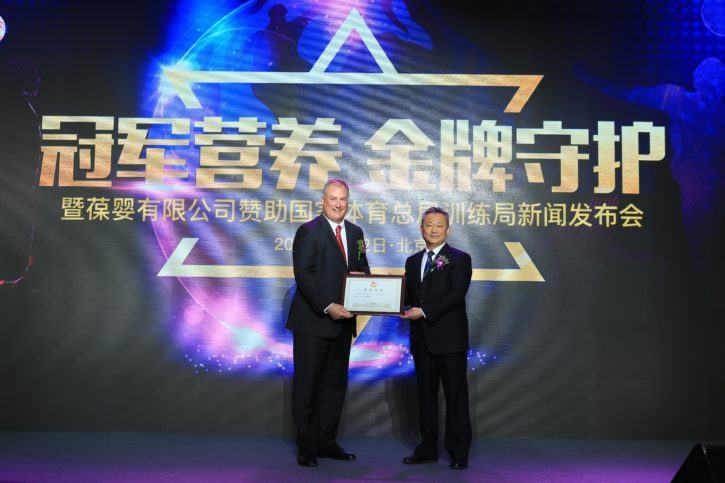 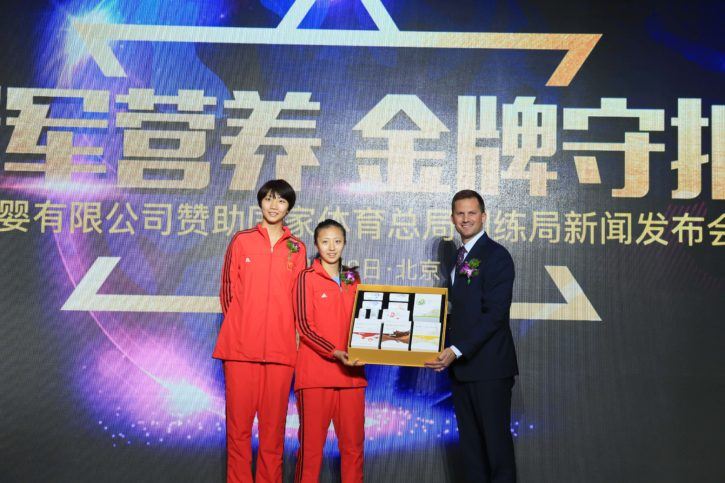 All the executives and guests touched the LED screen together to initiate the partnership. 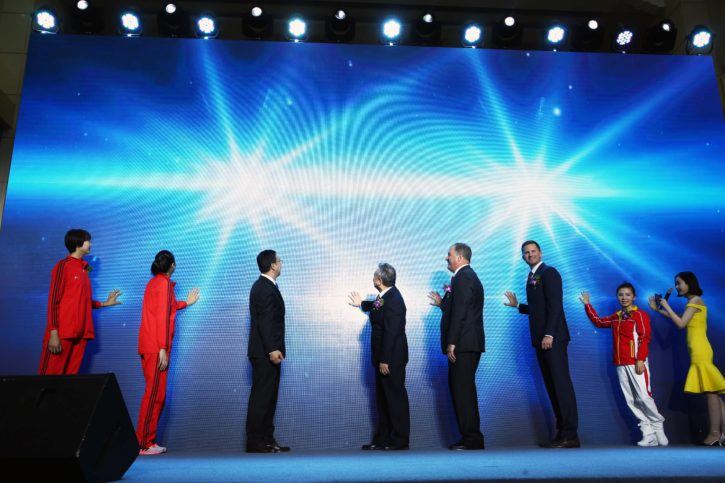 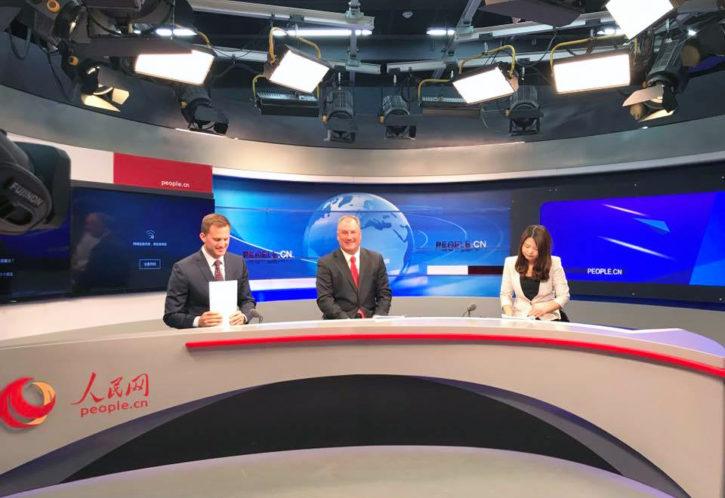 The National Sports Training Bureau is the earliest and largest competitive sports training base in the history of new China. The bureau provides training, accommodations, medical, transportation and cultural education for national athletes.

During Rio last summer, China won 26 gold medals overall, with the Bureau securing 20 of those. As of last year’s Games, the Bureau has won more than 1,190 world champion titles, 186 of which are gold.

USANA first started working with athletes in 1999 when USANA partnered with U.S. Speedskating and Speed Skating Canada. Since then, USANA has provided thousands of elite and professional athletes around the world with high-quality nutritional supplements to help them perform at their best. These groups include: the Women’s Tennis Association, the US Ski and Snowboard Association, members of the Korean Speedskating Team and National Judo Team, and more. Visit Team USANA for more information.