It’s a big weekend for football fans. Even non-football fans likely know that either the New England Patriots or the New York Giants — those are the teams involved — will play for a Super Bowl title on Sunday.

With all the hoopla surrounding the Big Game, we thought it might be nice to catch up with USANA’s professional football connection. 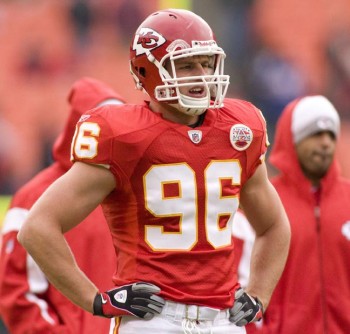 Andy Studebaker, linebacker for the Kansas City Chiefs and USANA-sponsored athlete, unfortunately won’t be participating in Sunday’s big game. But he nevertheless took part in some admirable festivities this week.

When What’s Up, USANA? caught up with Andy he had just finished volunteering for a “Souper Bowl” event in which he helped pack food for needy children within the Kansas City community.

“Some kids in the Kansas City area don’t know where their next meal will come from,” Andy says. “It’s pretty humbling when you realize how blessed you are and what the needs are.”

Volunteering isn’t anything new for Andy, who understands the importance of giving back, as he did on a 2010 service mission to Africa.

“If you have a platform to speak on, you need to do it and speak in positive ways,” he says.

Success on the Field

Andy wrapped up another successful season in the NFL, punctuated by a couple of memorable moments, including:

He and his Kansas City Chiefs put an end to Green Bay’s undefeated season in Week 15.

And earlier, Andy played a key role in the Chiefs’ Monday Night Football win over the San Diego Chargers.

Despite his achievements, Andy didn’t live and breathe football growing up. He didn’t even start playing the game until high school.

Andy, who wasn’t offered a football scholarship, attended Wheaton College, a private liberal arts college in Illinois. While he chose the school primarily for its academic reputation, he also excelled on the football field.

“It’s a great school academically, good football,” he says. “I surrounded myself with a great group of guys with integrity. I’m really happy I didn’t get offered a (football scholarship). I wouldn’t trade the experience at Wheaton for anything.”

A USANA Way of Life

In the summer of 2007, good friend and USANA Emerald Director Jordan Kemper introduced Andy to USANA. At the time, the athlete was training for his senior year of football and his priorities included a desire to maximize his potential on the field, in part by taking supplements that were safe and effective. 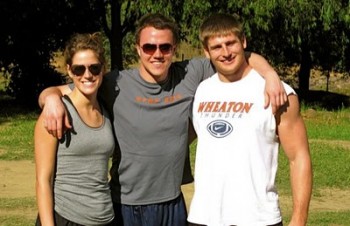 In our telephone conversation earlier this week he rattled off a laundry list of USANA products he uses regularly. He’s got a MyHealthPak™, of course, which features the Essentials™, BiOmega™, CoQuinone® 100, Procosa®, and Proflavanol® C100.

While he’s a fan of a wide range of USANA products, Andy is now more than merely an enthusiastic consumer.

“It started with a belief that the product was effective,” he says. “One of my best friends is Jordan. The company gives us a chance to hang out, hammer out some USANA business.”

Andy recognizes his football career won’t last forever. Now as a Silver Director within USANA, he appreciates the opportunity to share with others what he’s found in his nearly five years of using the nutritional supplements. He briefly explains it in this video from 2010.

“The minute you stop playing football is the day they stop writing checks for me to play it,” he says. “I wanted to find a business that would continually pay me for work I’ve done. I’ve been chugging away part-time and every now and then I’m able to fill someone’s need.”

Andy expects a low-key Super Bowl weekend, not rooting for any team in particular. He visualizes the day when he will have the opportunity to take part in the sport’s biggest game.

“The day I play in the Super Bowl is the day I go crazy about it,” he says.

The mentioned athlete is either a distributor or dedicated user who has received compensation for his partnership and/or complimentary USANA products.