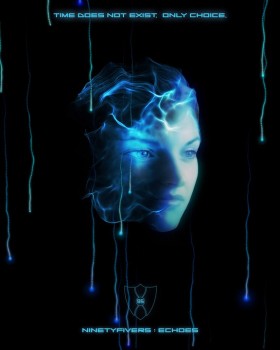 A dream is inching closer to reality for one USANA Studios producer.

What’s Up, USANA? readers may remember a little over a year ago we introduced you to Tom Durham and his science fiction labor of love, a years-in-the-making independent movie.

Now, Tom is thisclose to seeing his project — 95ers: Echoes — reach the masses.

“Like so many entrepreneurs — USANA Associates — who work tirelessly to achieve their dreams, building a business from the ground up and going against conventional wisdom to make things happen,” Tom says. “That’s the story behind this movie.”

To learn a little more about the “thrilling, original, ultra indie full-length sci-fi movie,” take a look at this blog post. Talk about living the dream!

Check Out the Trailer

Here’s the just-released trailer for the film (keep an eye out for the lady-on-a-computer shots…those were filmed right in USANA Studios!)

Be sure to visit 95ers.com for additional information and, as Tom says, “fun stuff for movie buffs, sci-fi fans, and dreamers.” 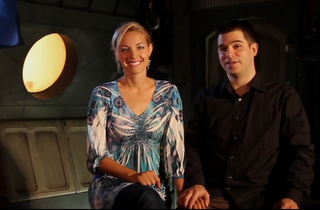 And if you’d like to help support the film and its filmmaker, there’s an option to donate. See how you can get in the movie credits! (also on that page, there’s also a very cool behind-the-scenes video).

Tom, who produced USANA’s “True Wealth” and “Under the Microscope: Dr. Myron Wentz” videos, among others, reports USANA has been and continues to be “enormously supportive” in helping him realize his dream.

“Not only is USANA an amazing company, but the individual employees really do understand dreamers and try to help them succeed,” Tom says, noting that many on the USANA Studios staff helped film the project.

All of us at What’s Up, USANA? would like to congratulate Tom and everyone who helped make this film a reality.