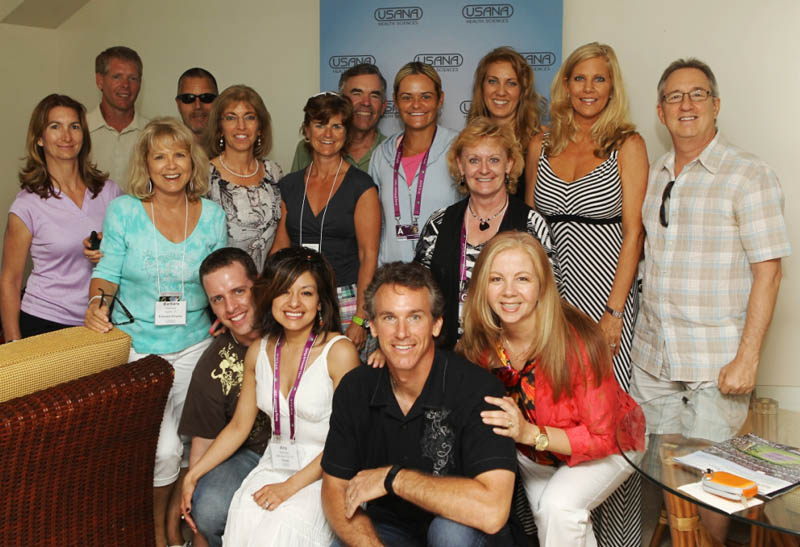 USANA Associates and guests enjoyed a day of tennis — and visits by special guests — in the USANA suite at the Sony Ericsson Open in Florida on March 24, 2012.

Coast to coast, USANA and WTA proved to be a perfect match in the last month or so.

From the BNP Paribas Open in Indian Wells, Calif., to the Sony Ericsson Open in Miami, dozens of USANA Associates and guests were treated to top tennis from the comforts of a luxurious suite — and they even got to mingle with a celebrity athlete or two. 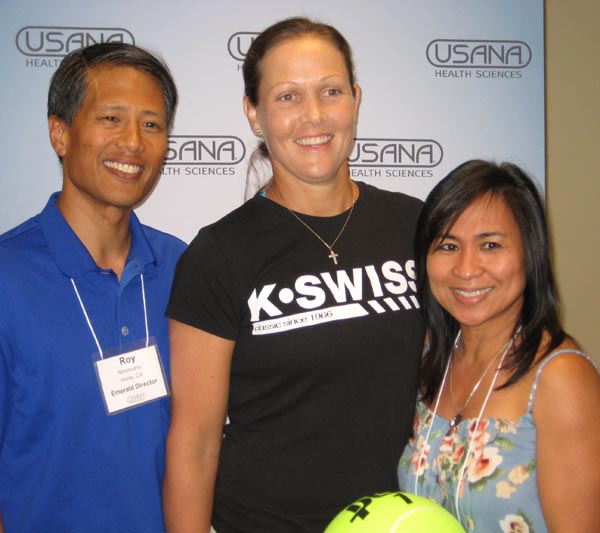 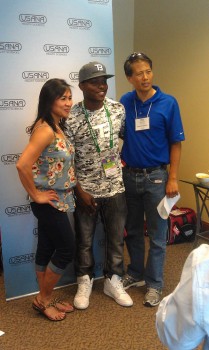 The world’s top-ranked doubles player, USANA Brand Ambassador, and all-around nice person Liezel Huber dropped by the USANA suite in Indian Wells to visit with more than 30 people, sign autographs, pose for photos, and share her enthusiasm for both tennis and nutrition.

Attendees also got a behind-the-scenes tour of the Indian Wells Tennis Garden. Plus, Timothy “Desert Storm” Bradley, who lives and trains nearby, visited.

Timothy, a USANA-sponsored athlete and current light welterweight champ, is preparing for his big fight against Manny Pacquiao on June 9 in Las Vegas.

It was an energetic and positive atmosphere. And the tennis wasn’t too shabby, either!

Two weeks later a new group, this time more than 20 USANA Associates and guests, were whisked to Miami for a full day of world-class tennis at the Sony Ericsson Open.

Stadium Court was sold out on a day in which three USANA Brand Ambassadors were playing.

Guests in the USANA suite received a behind-the-scenes tour, which included access into the player lounge where many of the top players were waiting to play their matches. Aleksandra hadn’t planned on being on-site for the day, but she didn’t want to disappoint her USANA family. Thanks Aleks! As for Vania, she not only posed for photos and signed autographs, but she also treated the suite to a song. She’s an accomplished singer who has sung the national anthem at several professional sporting events.

Here’s a clip of her performance…

Thank you to USANA’s Elise Chilton and the WTA’s Jill Hausler for all the great information and photos!